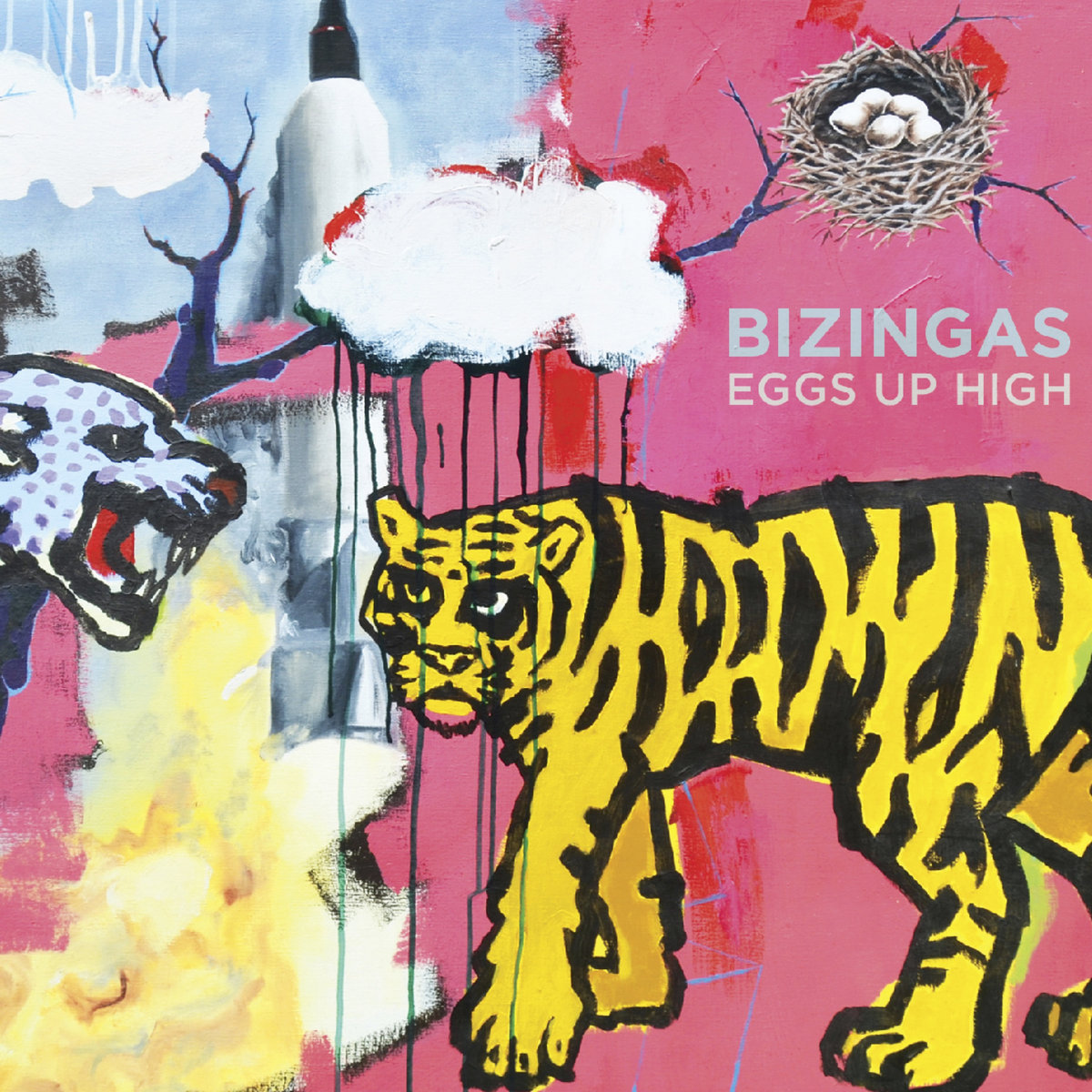 Brooklyn NYC based Quartet Bizingas self-titled debut fused ArtRock sensibilities with bright, jazzy spirit to create a truly unique musical aesthetic. Centered around the rich and diverse compositions of trombonist Brian Drye, Bizingas ventured down a path few have traveled. The Follow up project Eggs Up High is a broader, more daring exploration of the band’s sound which in spirit is reminiscent of the jazz-influenced ProgRock bands like The Soft Machine and Daevid Allen’s Gong that emerged as a part of Britain’s Canterbury scene in the late 60’s/early 70’s, but with a sound that is much more deeply rooted in the jazz tradition.

The album opens with “Hawaii”, a perfect tone setting intro piece, led with a regal and optimistic theme played on cornet and trombone circling around one another. While the front line brass works through a gorgeous melodic interplay, the drums and an erratic analog synthesizer run freely while an electric guitar reinforces the low end. “Plant Based” starts in an uptempo hard bop groove, with elegant and memorable opening brass lines and pitch shifting synth effects. The musicians are allowed to stretch out and show their own distinct personalities, even within the context of such unique, idiosyncratic compositions. Another standout track is the Bop/ProgRock-influenced fusion “Once.” The cornet and trombone play the piece’s melancholy theme above a bed of rapidly playing guitar and drums. After the main theme is stated, the quartet breaks into a section of solos which highlight individual players, most notably Jonathan Goldberger’s fiery, distorted guitar.

The music moves into a deeper, more meditative space on the track “Axis”, as heavily delayed, almost psychedelic guitar chords hum and wave against of a barrage of freely crashing cymbals and kicks. As with many other pieces throughout the project, the main melody of “Axis” is played in tandem by Kirk Knuffke’s trumpet and Drye’s trombone. The end result is a rich, haunting drone, similar in tone to Bill Lee’s score for the film She’s Gotta Have It. “Shane” highlights some beautiful piano playing from Drye, pairing the tune’s evocative harmonic framework with another subtle melodic theme. Throughout its brisk nine track/45 minute running time, Eggs Up High is a concise and impressive collection of quirky, articulate compositions executed by a quartet with chops and a unique voice.