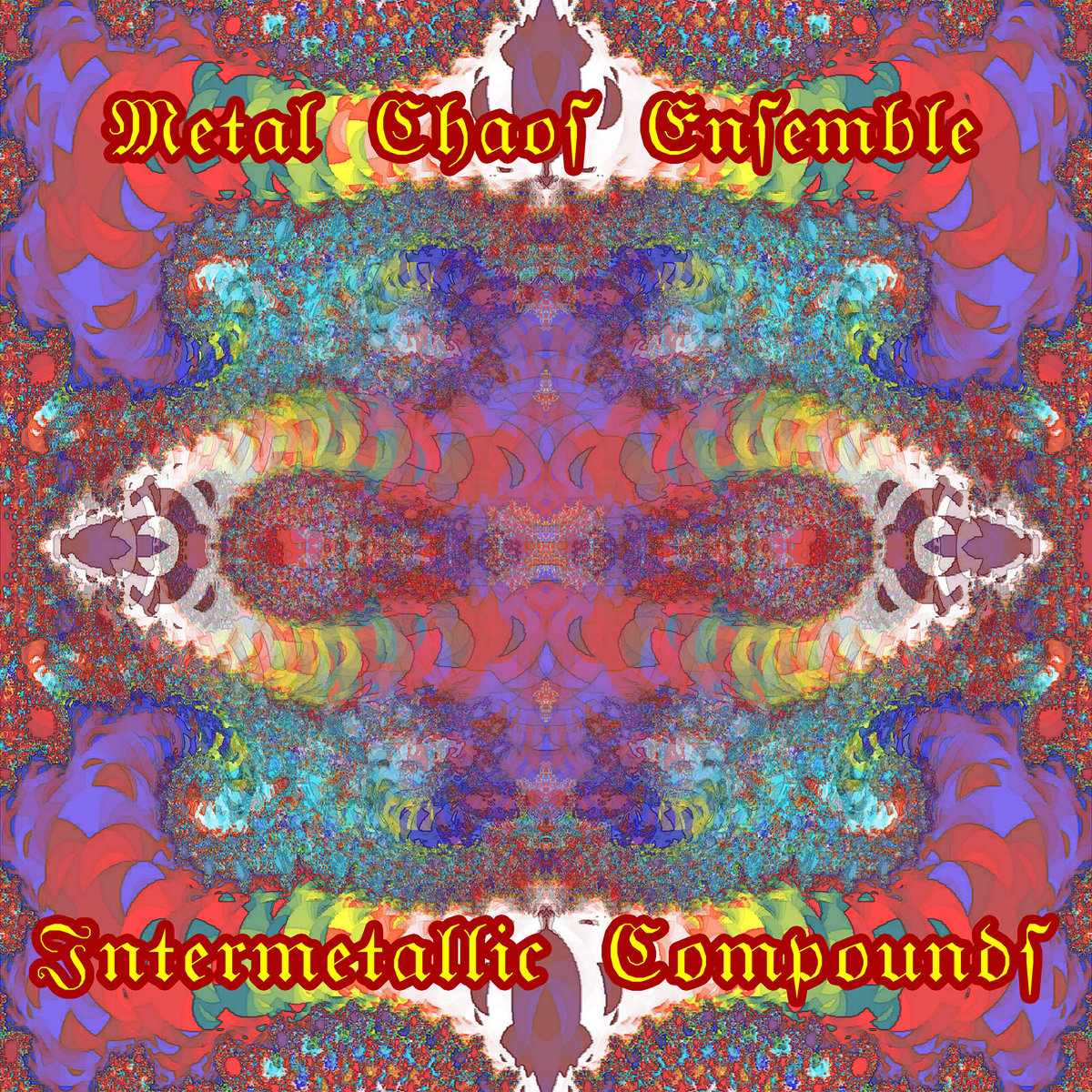 I recently saw a Facebook post about the Metal Chaos Ensemble. I was curious, and decided to give the music a whirl. I was pleasantly surprised at what I heard as the music began. This recording has only one song, Ordered Crystal Structure. It’s touching base on a wide range of sounds and musical genres. I can only describe this music as psychedelic, having the qualities of experimental music. The music contains hints of East Asian sounds and noise-making in general. Some of the sound effects may be used in motion pictures and radio programs from the 1940s. This ensemble has only three musicians: PEK, Andria Nicodemou, and Yuri Zbitnov. According to Bruce Gallanter of Downtown Music Gallery, each musician is playing eighteen instruments throughout this session. There are YouTube videos showing them working in a home recording studio and elsewhere.

The music also is reminiscent of Tibetan Music, with the various horns, lots of sustained sounds from vibes, and other melodic percussive instruments. There are so many instruments used on this track, it becomes what I call a “cosmic soup”; an almost indescribable grouping of myriad sounds with pervasive polyphonic textures. One sound may dominate for a time, but it only fades to another instrument coming to the forefront.  It’s a challenge to provide an accurate description of this ensemble. I will say that Intermetallic Compounds by the Metal Chaos Ensemble has to be one of the more interesting groups I have heard in a while. The way the musicians used their instruments, creates the illusion that the group is much larger than it really is.

I understand that this is one of the smaller versions of the ensemble. The music is very much in the spirit of Sun Ra. There is so much going on from moment to moment. The musical landscape is always moving, changing, like watching multicolored neon lights while walking down Broadway in New York City. This music will be appreciated by those who love electronic music, exotic sounding instruments, noise-based music and fans of the avant-garde in general. This CD is highly recommended. Do try to catch the Metal Chaos Ensemble if they tour through a town near you.