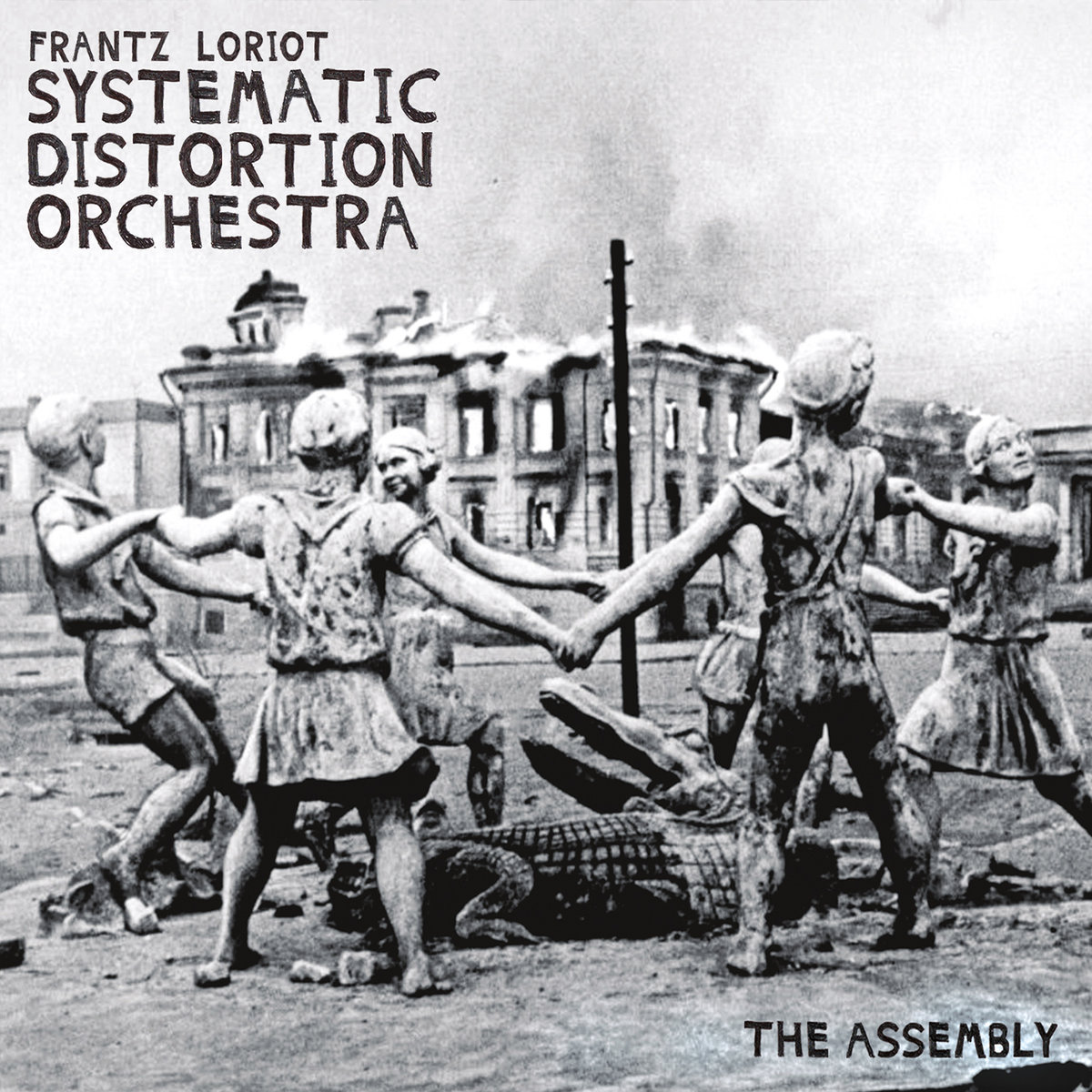 When this CD arrived, I must admit I was not familiar with the musicians on this recording save trombonist, Sam Kulik, who I have seen in New York City working with theatrical productions. The opening track “Echo” starts with soft ominous sounds like a pending storm rolling into the local area. The orchestra builds the dynamics while the bassist is playing extended tones on the bottom. The trumpets then come in playing sounds, suggesting mourning or sadness. It is followed by one of the drummers shifting into free playing, soon to be followed by the other percussionist doing the same. I would have preferred that the drummers go completely nuts in this section, but the drummers are not overly loud. The trumpets are joined by the rest of the band and the lines suggest a Miles Davis tune. I like what the orchestra is playing and it is clear that this would work well in front of a live audience. The music gives the feeling of embarking on a journey somewhere, destination unknown! This song is very well put together. I applaud the musicians for their efforts on “Echo.” The trombone section enters playing lines reminiscent of a Godzilla movie. There is a scream shortly after the trombone lines are played. “Echo” builds to a climax and then, slowly winds down, fading into silence.

“The Assembly,” starts with scurrying insect-like sounds with the orchestra doing a nice job building sonic exploration. All of the members are on point listening to each other and making intelligent contributions on their respective instruments. They’re mindful of their dynamics and the excitement continues unabated pushing the song to the next level. The momentum continues building and the playing becomes freer but while maintaining the form of the song. This orchestra tends to operate as a unit as opposed to featuring select individuals. There is a logic in this, as the song builds reaching a high point and then the music level decreases its intensity, dropping to a much softer audio level. I can hear Sam Kulik soloing in a similar style as I heard him in the play, Permanent Caterpillar. Sam’s solo, using sounds from the thirties, provides a major change to what has been previously played. Throughout all the tracks, the orchestra provides a subtle undercurrent of tension that tends to come and go.

“… Maybe … Still …,” opens with spoken words by Sean Ali. I notice more groups are using poets and/or spoken words in their music, as I have done in my own, as of a way to show another part of a musical personality. Ali’s delivery evokes shades of the beatnik and other poets from the past. It is a welcome change of pace. Gradually, the orchestra members join in the fray, making staccato or not, sporadic sounds on their respective instruments. Once the spoken words stop, it is back to the low harmonics on the bass. It is a return to the low sounds produced on the first track. Both basses go in and out of these low register harmonics for a time, altering the way they produce these tones. The song ends with a series of  disjointed flavored sounds.

“Le Relais,” the last track begins with light percussive random beats which they explore at length. They move back and forth between drums, cymbals and percussion. I’m hearing choked cymbals, gongs, sporadic rhythms on the snare drum, low rumbling floor toms, bass drum, rim shots, and more, all happening spontaneously. The dynamics are decidedly moving from soft to loud. Finally one of the drummers cuts loose and they all begin playing wildly, creating a cacophony of percussive sounds. They’re joined by the basses and the viola. This creates a further cacophony of mixed tones of varying timbres, coming from everywhere. This track tends to feature the rest of the band from another angle, a great idea which allows everyone to shine. Later in the composition, the airy sucking sounds are emanating from the trombones.

I must say this CD was very satisfying. Frantz Loriot has put together a talented group of musicians for his Systematic Distortion Orchestra. If you like free jazz by an ensemble, this is a CD to add to your music library.