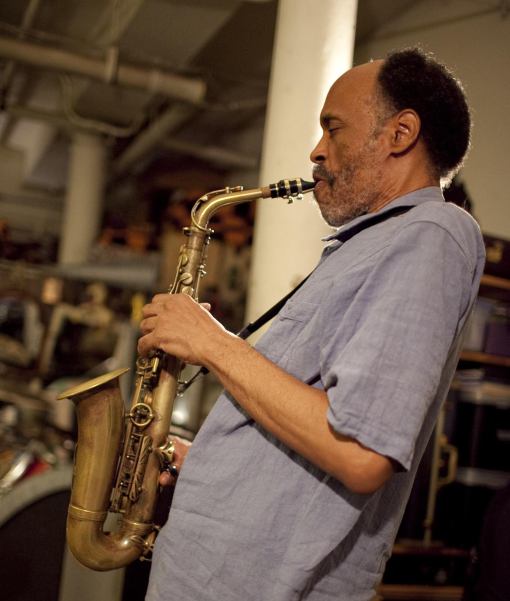 Daniel Carter, born in Wilkinsburg, Pennsylvania, in 1945, is a musician and writer. Since coming to New York City, in 1970, he has sought out musicians and situations that encourage free expression. Carter is a renowned multi-instrumentalist, playing tenor, alto and soprano saxophones, clarinet, flute, and trumpet, as well as voice. In the 1950s he sang in so-called doo-wop groups, took clarinet lessons, played in school bands (into the 60s), and the 49th Army Band (ca. 1967-69). When he first came to NYC, he played in soul bands as well as avant-garde jazz groups. He has always tried to transcend genre-boundaries, which is, today, as daunting a challenge as ever, but he’s found that the many musicians he’s met and played with, and the invaluable treasure of a huge, ever-growing, number of recordings and videos (so many, readily available on the internet, cable TV, and radio), have recharged and renewed him, all along the way. He lives in Manhattan with his wife, visual artist, Marilyn Sontag, and their two cats, Minnie and Sophie.

Some of his writing can be found in the following publications: The Tinker: Innovative Arts and Literature Magazine, 50 Miles of Elbow Room, Number One (2000), Callaloo: A Journal of African Diaspora Arts and Letters, Dyed-in-the-Wool (2000), Intervalsss: The Poems and Words of Musicians (2000), Sex Sells Magazine (1997), Wandering Archive One (1998).