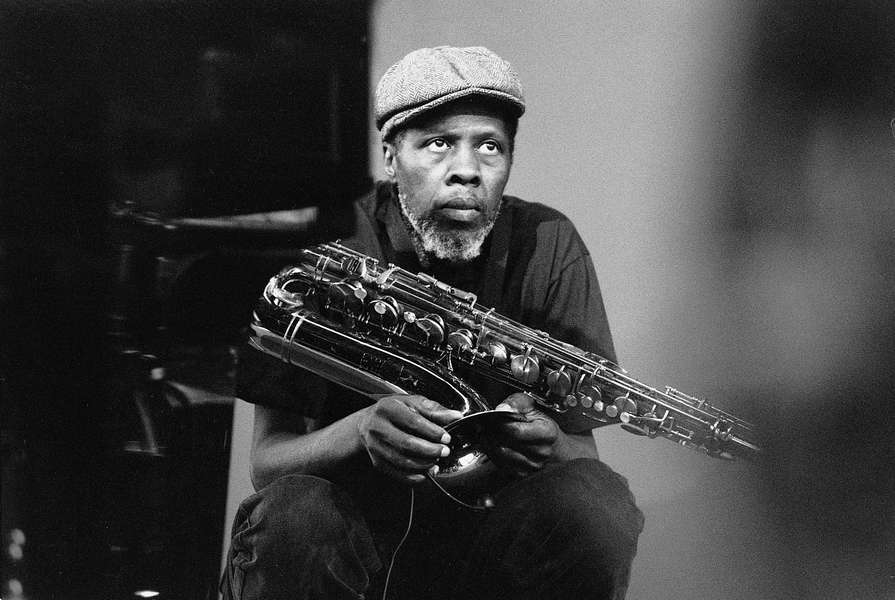 Charles Gayle made his first significant impact on the free jazz scene with a series of critically acclaimed New York performances at the Knitting Factory in the mid- to late ’80s. The tenor saxophonist’s hyper-kinetic free expressionism draws on stylistic devices pioneered in the ’60s by the late free jazz icon Albert Ayler. Like Ayler, Gayle employs a huge tone which, more often than not, he splits into its individual harmonic components. Timbral distortion is a key aspect of Gayle’s work. His improvisations feature long, vibrating, free-gospel melodies, full of huge intervallic leaps, screaming multiphonics, and a density of line that evidences a remarkable dexterity in all registers of his horn (especially the altissimo). Gayle is also capable of great lyricism, imbued with the same bracing intensity present in his high-energy work.

Gayle began playing music at the age of nine. Except for a couple of years of piano lessons as a child, he was self-taught. Piano was his first and only instrument until he picked up a saxophone when he was 19. He listened to jazz as a teenager in the ’50s. Gayle was intrigued by bebop; hearing Charlie Parker was a crucial experience. Gayle attempted to learn conventional harmony by analyzing sheet music and working things out on a piano. African-American church services had an profound effect on his music. Gayle moved from Buffalo to New York City in the ’60s, where he became involved in the city’s nascent free jazz movement. Gayle reportedly taught a jazz course at the State University of New York at Buffalo in 1969, where one of his students was the saxophonist Jay Beckenstein. There is at least one account of Gayle playing with drummer Rashied Ali’s group around 1973, but little else is known about his activities during this period (he is not inclined to go into details when asked by interviewers about his past). Gayle took to playing his horn on the streets and in the subways, relying on donations from passers-by for income. Gayle lived a mainly precarious existence for the next twenty years. He was poor and homeless most of that time. Following his “discovery” in the ’80s, gigs and tours coordinated by the Knitting Factory began to earn him a modest, if relatively steady income. Still, Gayle scuffled, though he was eventually able to rent a small apartment on New York’s Lower East Side. In 1988, Gayle recorded a series of albums for the Swedish-based Silkheart label. Their release in 1990 gave his music worldwide exposure. Subsequent recordings for Black Saint, FMP, and the Knitting Factory house label garnered him more of a reputation.

In the ’90s, Gayle took to performing on piano and bass clarinet in basically the same style that he displays on tenor, though the latter clearly remains his strongest instrument. Gayle’s preferred ensemble instrumentation usually consists of himself, a bassist, and a drummer. His concerts are almost wholly improvised, and a single improvisation can last the length of a set. By the turn of the millennium, Gayle’s concerts had taken on aspects of performance art. Gayle began dressing as a character he called “Streets the Clown,” complete with costume and face paint, whereupon he would perform his music and preach a religious message to his audience. Indeed, Gayle’s in-concert expressions of his religious and political views are a source of dismay to some critics and fans, and threaten at times to overshadow his music (Chris Kelsey).