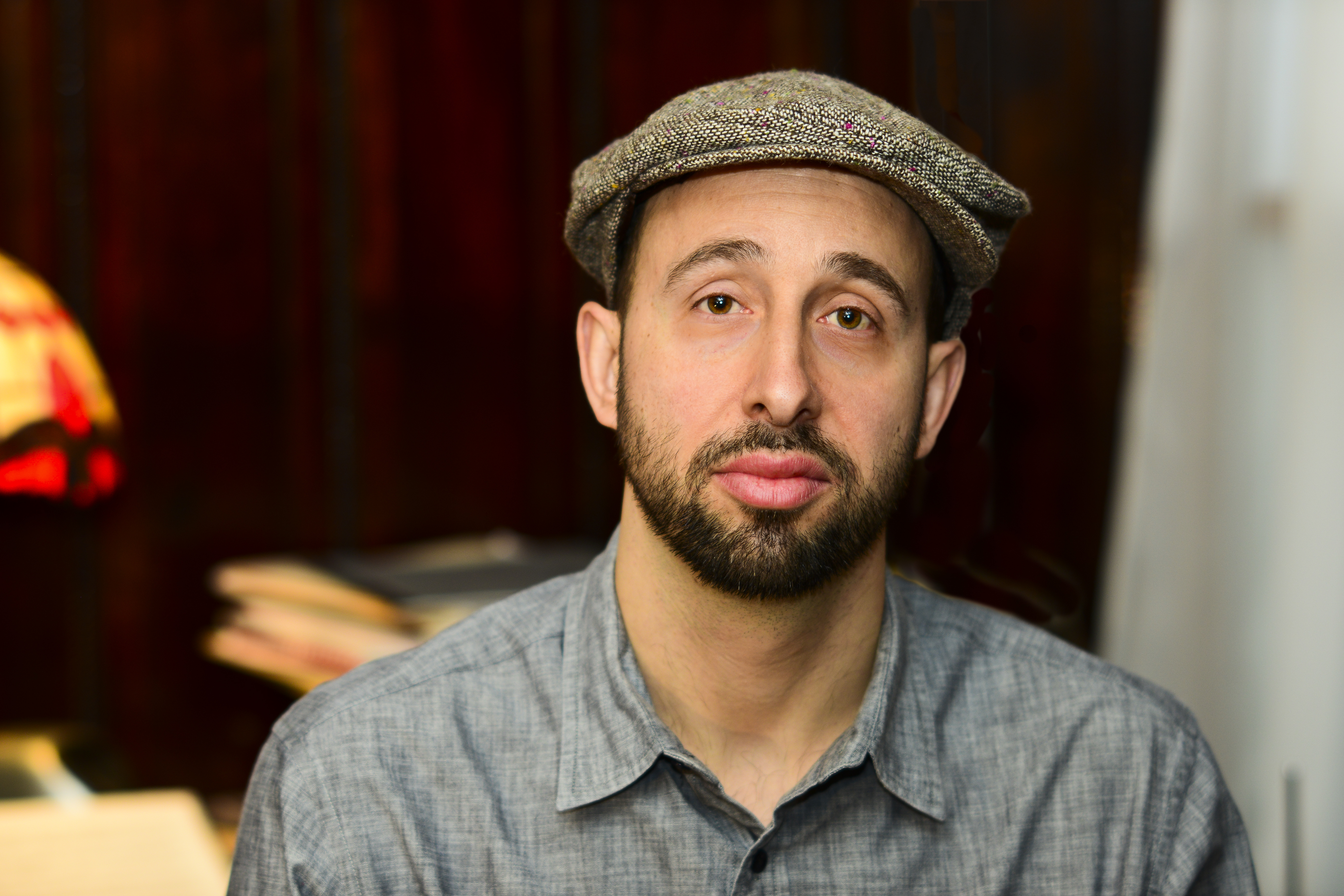 Drummer and composer Harris Eisenstadt is set to do a residency at the Stone, September 1-6, which also coincides with his fortieth birthday. The week will serve as an expose of various groups that he leads or co-leads in New York and elsewhere and is certainly one of the most exciting events on the calendar in September.

I spoke with Harris recently about his music and his plans for the residency.

Cisco Bradley: What are the five records that have captured your attention recently?

Paul Lytton ?! (Pleasure of The Text)

CB: Pascal Niggenkemper is quite different than Canada Day’s previous bassists on an aesthetic level. What new things does his involvement allow the band to do? (You introduce him in the other piece, but I’m curious if we can go deeper into what musical channels he has opened since joining the band).

HE: Pascal is different from Eivind and Garth, but as I alluded to in the Songlines interview, Garth and Eivind are also quite different from each other too, of course. They’re all fantastic players with individual voices! Actually, Pascal has only done a few rehearsals, gigs and recordings with Canada Day, so I look very much forward to seeing how his involvement pushes the band in unique directions that it wouldn’t with anyone else. His voice is very distinct, and he has a generous spirit – musically and personally. Pascal will be with us for a European tour Spring 2016. Adam Hopkins will actually be playing both the CD release concert and the Octet set during this upcoming Stone residency (8pm and 10pm, September 3), so I’m intrigued to see/hear how Adam approaches the music and impacts the group, as he’s also a great player and generous musical spirit. Canada Day, after these eight years, is a project that will not play under that name unless Nate, Matt and Chris are on the gig. Each of these wonderful bass players blends with those three in different and exciting ways.

CB: As a composer, you bear some influence of the sound-and-space form of your former teacher, Wadada Leo Smith. Could you talk about that approach and how you have made it your own?

HE: I bear some influence from Wadada for sure! He brought me into his program at Calarts for two years and completely mesmerized me… his ideas about composition and improvisation, about an artist’s place in the world, were revelatory. In his Systemic Improvisation Ensemble, for example, we worked with his rhythm and velocity units as templates for creating our own structures. The trick was to try and work with his system for awhile then move away from it – literally if not spiritually – in pursuit of one’s own voice. Ultimately, the greatest lesson Leo taught me was to follow my own path with determination and perseverance.

CB: What are you planning for your residency at the Stone? (please be as detailed as possible–what bands you are including, what music each will present, any special guests, etc.)

HE: I’ve been planning for two years, since Zorn emailed and offered a 2015 week back in August 2013. I decided to pick September 1-6 since it coincided with my 40th birthday (September 4).  I’ll break things down by set:

Attempts were made to form this quartet when I moved to New York in 2006. A collective trio with Jeb and Jason that toured and recorded (Tiebreaker, Nottwo, 2006) grew out of my 2005 recording The Soul and Gone (482 Music) and gigs in Chicago a few years before that. I met Tony when he helped me get my first apartment in New York next door to him and Angelica Sanchez in Jersey City.  A decade later, with the collective trio booked to perform the residency, Jeb suggested reviving the old quartet idea. It sounded like a great idea, so I emailed Pedro Costa at Clean Feed to see about recording the band. He agreed enthusiastically. We head into the studio the day after this performance for a 2016 release.

I have been studying AfroCuban batá drumming with master drummer/scholar John Amira since 2008. Along with Lorne Watson (another student of Amira’s), the three of us will perform sequences of Lucumí rhythms and songs for the Elegguá, Obatalá, Oyá, Ochún, and Yemayá orichas (Lucumí saints). This tradition continues to provide immense inspiration. Even though the songs and rhythms belong to a sacred tradition, we’re performing them in a completely secular context.

After a 2013-14 research trip to Cuba, I arranged a number of AfroCuban songs and rhythms in decidedly non-traditional ways for brass instruments. The stellar group Tilt Brass, helmed by director Chris McIntyre, will premiere new arrangements of these materials for trombone quartet.

This is a CD release concert for the brand new recording Canada Day IV (Songlines). We’ll play all the compositions from the album.

My small group built around my wife, bassoonist Sara Schoenbeck, in two new incarnations I can’t wait to hear.

Vinny’s and my first duo concert ever, somehow. I first heard and met Vinny in an ensemble led by percussionist Jason FInekleman in the Alterknit Theater at the Knitting Factory in 1999, right before heading to Calarts. I studied composition with Vinny and and played in his ensembles there. We became good friends and I played and toured in many of his professional groups while living in Los Angeles. I’ve played in his groups periodically since when he’s come to New York.

Honored to have the great Mivos Quartet premiere my first string quartet, a thirty-five minute piece titled “Whatever Will Happen That Will Also Be.” I’ve been working on it for a year and can’t wait to hear them play it! The title comes from a photo in the NY Times magazine a couple months ago… there was an incredibly well-written piece by journalist Rollo Romig about the head of state in Tamil Nadu, Jayalalithaa;  about her actions and the cult of personality that exists around her. Fascinating.

I highly recommend the article. Here’s the link: http://www.nytimes.com/2015/07/05/magazine/what-happens-when-a-state-is-run-by-movie-stars.html

Excited to re-convene with old friend and mentor Adam Rudolph for the first time as a trio since our 2003 recording Vista (Meta),which featured the great Sam Rivers. Can’t wait to improvise again with Adam, and also with two incredible pianists and music-thinkers, Sylvie Courvoisier and James Hurt.