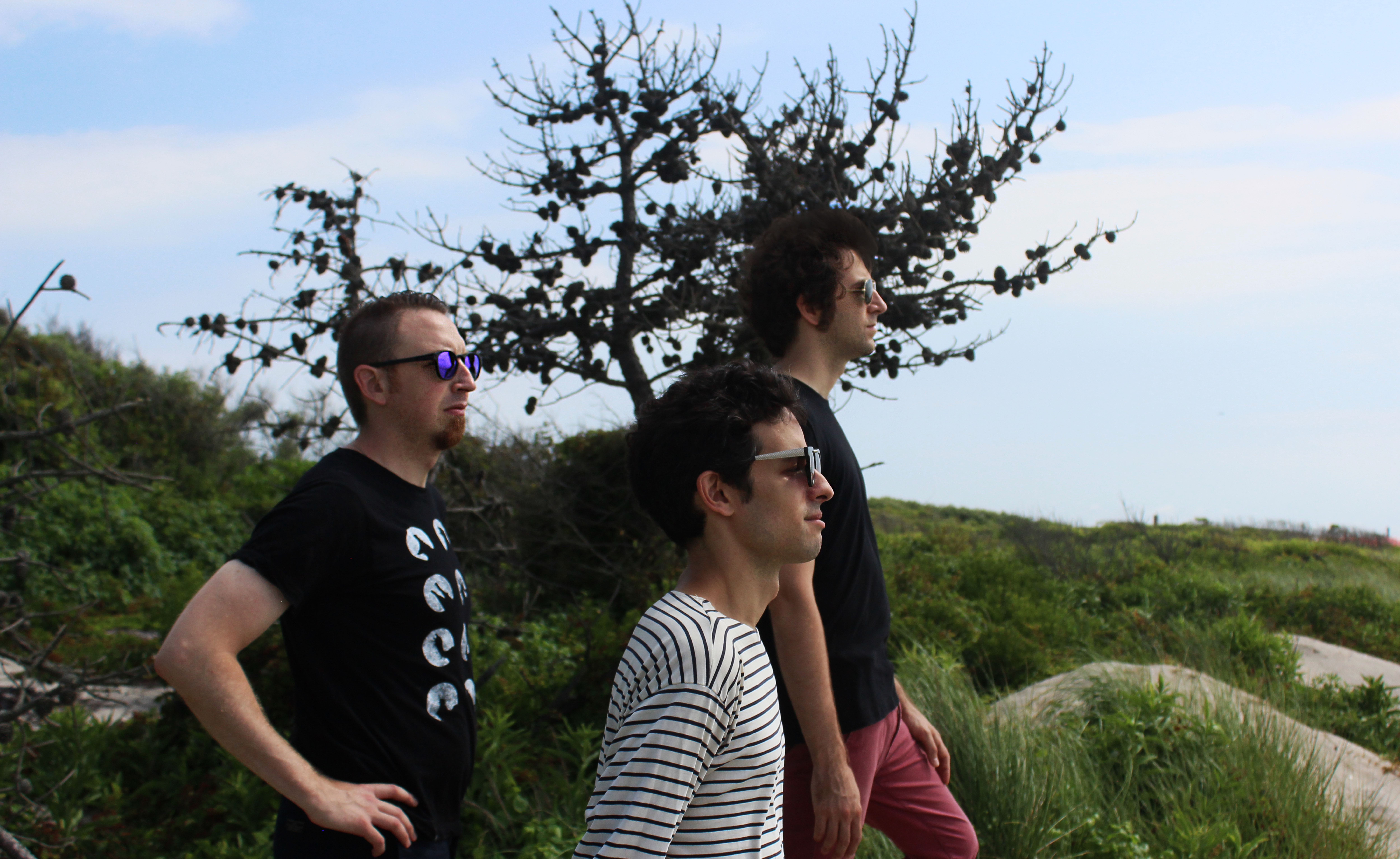 The Brooklyn-based trio Earth Tongues, consisting of Joe Moffett (trumpet), Dan Peck (tuba), and Carlo Costa (percussion), released an exquisite record, Rune, on Neither/Nor Records in May 2015. On October 13, the band will release its sophomore record, Ohio, on the same label, at a concert at the art gallery Happy Lucky no. 1 in Crown Heights, Brooklyn. Rune approached the boundaries of “music, noise, and quiet,” by exploring with “sounds that act as symbols of an unspoken language, suffused with meaning while remaining un-translated and open to interpretation.” The music on the first record is immersive, deep, and all-encompassing, drawing the listener into a “new world of sound, piecing together a landscape scattered with glyphs, hidden forests, frost, tape, and stone.”

Cisco Bradley interviewed the trio about their new record. If you are interested in purchasing the record, please attend the concert on Thursday at Happy Lucky no. 1 (734 Nostrand Avenue, Brooklyn). Aki Onda opens at 8 pm and Earth Tongues follows at 9 pm. The record can be purchased in digital or CD format directly from Neither/Nor Records.

How would you describe the musical aesthetic of Earth Tongues?

Joe Moffett: At its most basic, the idea is to take free improvisation and stretch it out / slow it down to the point where it’s approaching something like ambient music or a sound installation, yet still maintaining the spirit and unpredictability of improvised music.

Carlo Costa: In short I would say that Earth Tongues’ music has evolved into something between textural improvised music and sound environment.

What do you consider to be Earth Tongue’s primary influences?

Carlo Costa: A lot of different things inform our music, but among other things I remember discussing the work or writings of artists Sol Lewitt, Richard Serra, Andy Goldworthy and Hans Haacke, scientists Daniel Dennett and Douglas R. Hofstadter, musicians/composers Morton Feldman, Bhob Rainey, Pauline Oliveros, George Lewis, Aki Onda and Akio Suzuki. I also think one of the main influences of this band are nature and the environment: the patterns, rhythms, juxtapositions, contrasts, parallels and proportions present in a given environment.

How was the band formed?

Joe Moffett: The three of us did a show at Ibeam once – I think that was the first time we all played together as a trio. Carlo put it together. He and I had been working on some music together prior to that, and he had the idea of getting Dan involved, with whom I hadn’t performed before. The chemistry was right so we stuck with it and started rehearsing and performing as a unit.

Carlo Costa: I think I organized a session at my place sometime back in late 2012 or early 2013. I think I played with both of them separately a few times before playing as a trio. From the first time we played things seemed to work pretty well so a few months later we played our first a show at Ibeam and soon decided to start a band.

Dan Peck: Carlo asked Joe and me to play a concert at Ibeam. Some nice things happened spontaneously.

What did you say in your first record?

Joe Moffett: Rune is our first recorded experiment with doing as much as we can with as little as possible, challenging the economy of how we naturally improvise.

Carlo Costa: On our first record, Rune (also on Neither/Nor Records) we released four improvisations which display the type of interaction we have been developing since our first concerts. The traditional roles and sounds of the instruments are cast aside for the most part and the music often develops at a slow pace. The use of silence and low volume are an integral part of the musical vocabulary and especially in the sparser moments each small action or variation has structural weight. Some moments of the recording suggest a sound environment, which is something that we further developed in Ohio.

Dan Peck: The student of sculpture asks, “What can I make with this clay?” Earth Tongues asks, “What is the nature of clay?”

What new phase of artistic expression is present on Ohio?

Joe Moffett: Ohio is a maturation of that first idea explored in the first album. We had the opportunity to record out in Chesterhill, OH as part of the 8550 OHIO residency two summers ago. The deeply rural nature of that area and the vast wilderness around us had an influence on our pacing, I think. In terms of this being a new phase, it is definitely an attempt at making a large-scale work, forcing us to reconcile our impulsiveness as improvisers with a long period of time in which to make sounds.

Carlo Costa: Ohio consists of one uninterrupted 94-minute improvisation which is split into two parts because of the time limitation of CDs. Many the characteristics I described in the answer above are present but because of the scale of the piece we had a chance to further explore the extremes of density, volume and pace. Also, as I mentioned there are longer sections where the improvisation assumes characteristics of a sound environment. In my opinion in these moments the music feels a bit removed from the type of interplay and directionality often associated with improvised music.

What do you see as the next step for Earth Tongues?

Joe Moffett: In tandem with continuing our explorations into pure improvisation, I’m interested in attempting pieces with some amount of preset structure, ideally ones that can take place over the course of a number of hours and be presented as quasi-installations. I also really want to play in a cave or abandoned train tunnel.

Carlo Costa: We have been discussing number of ideas including continuing on doing site-specific extended performances (of 3+ hours, something which have been working on in the past year), further collaborating with visual artists, utilizing composed material, collaborating with other musicians and doing a multi-channel recording for a sound installation.

To get your own copy of Ohio, please come out on Thursday to Happy Lucky no. 1 or visit Neither/Nor Records for this and other great releases.