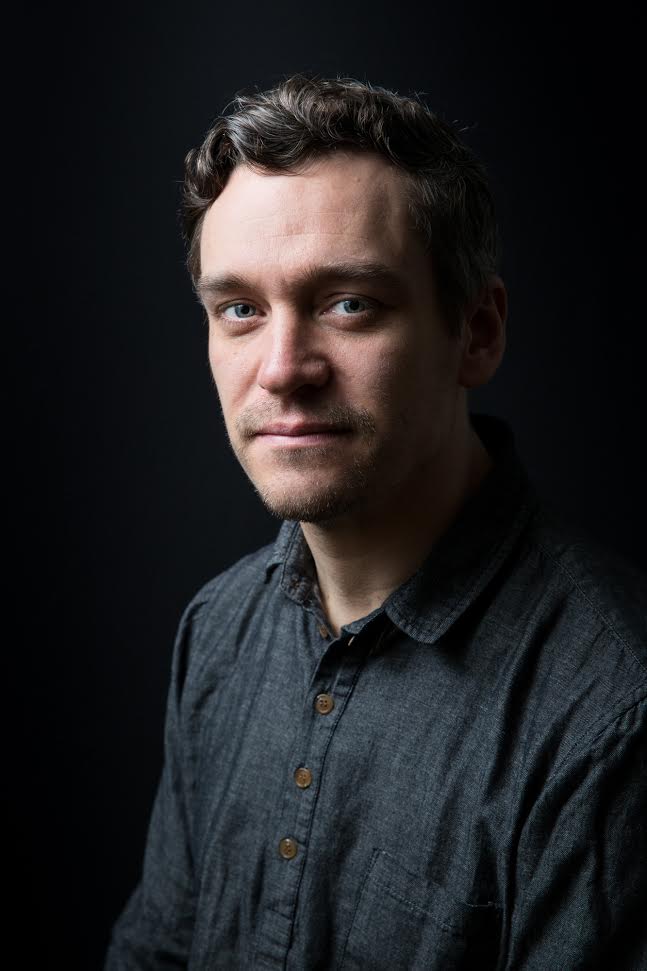 Denver-born trumpeter Kenny Warren has been active in New York’s improvised music scene since 2006. He has released two LPs with his songwriting outfit Laila and Smitty and he also leads a quartet that just released its debut record, Thank You for Coming to LIFE on Whirlwind Records in April.

Kenny has toured internationally and studied in the Balkans with Slavic Soul Party and recorded with the Maqam-Jazz band Nashaz. He is a frequent collaborator and sideman in a number of New York music circles. Recent projects include: Ben Stapp’s Zozimos, Andy Biskin’s 16 tons, the Rob Brown Quartet, The Sandra Weiss Quintet, ZhirtZ n ZkinZ, NOOK, The Myk Freedmans, Trumpets and Basses, Big Butter and the Eggmen, Antlers and Capillaries and duos with Jeremiah Lockwood, Bobby Avey and Tony Malaby.

Cisco Bradley: What music are you releasing on “Thank You for Coming to LIFE”?

Kenny Warren: Thank You for Coming to LIFE has six compositions for the time tested piano, bass, drums and horn quartet configuration. Some of the songs are new. The oldest of them, “Hala Hala” and “Cheese Greater,” I wrote during my first year in New York, 2006.

Cisco Bradley: Why this music? Why now?

Kenny Warren: There’s a famous poster the presents the history of jazz as a tree with artists represented as stems and leaves. It’s an image that can be helpful in terms of understanding the past, but it also categorizes artists in a way that they usually do not categorize themselves. Categories are creativity killers. I like to imagine artists not as leaves, but as trees in and of themselves. The idea being that their influences are more meaningfully imagined as roots, than as a trunk and branches. If we imagine the trunk, not as the history, but as the heart, the essence of a person, than we can allow that person’s artistry to have many branches, while still being alive and connected to the world.

I have often wrestled with my rather varied musical existence and identity. Does playing country music, Middle Eastern music, rock music, jazz music, free music, sometimes all in a single week make me a phony? Or as I have said in one of my songs, “does loving too many things fracture my soul, and leave me a jack of many?” Maybe it does. Not for me to say. I’ve decided to continually let those concerns go, and focus on just making music any way I like.

I’ve wanted to make a record with this classic quartet instrumentation for about as long as I can remember. J.P. Schlegelmilch and I started playing together in similar formations way back in 2003 at Purchase College, and by the time I moved to Brooklyn I had a book of quartet music. I came very close to recording those songs that year – actually we did do a recording session with Phil Rowan and Kyle Struve that had a brief life on Myspace – but I was also hatching a lot of other band ideas at the same time. J.P. and I continued to play in quartets together (a band called Hala Hala and another called New Thread), but we mainly focused our collective energy on the rock inspired NOOK, which recorded two albums of mostly through composed music between 2007 and 2011.

When NOOK’s first saxophonist Patrick Breiner returned after a two-year hiatus in Madison WI, my mostly-improvised trio with Will McEvoy and Flin van Hemmen asked him to join us, forming the band ZhirtZ n ZkinZ which recorded in 2012.

Around that same time I met Jeremiah Lockwood, a one-of-a-kind artist, and an encyclopedia of delta blues music. Playing with him, first as a duo and then with Myk Freedman, Carlo Costa and Josh Meyers/Adam Hopkins, began as a way to learn country blues songs from Jeremiah, but quickly became my main outlet as a composer. That band named, in honor of my Great Aunt Laila and Uncle Smitty, evolved into an instrumental avant-folk/jazz band and then into something else when I started writing words and singing in the band. That was a big leap for me, and after making two albums with Laila and Smitty, I found myself asking that dreadful and wonderful question … what now?

I have no shortage of ideas for bands I want to start, but here was an opportunity to undo my regret of never making a quartet record. For a moment, I was afraid that turning my focus to a quartet would be moving backwards, but after developing a sound with Noah Garabedian, Satoshi Takeishi, and J.P. over the past two years, I can now safely say that it has been a move forward – growing, strengthening and extending an older branch of myself. The newer compositions are informed in a holistic way by all the other music I have made since I wrote the older compositions, and the collective playing of all the guys in the band is something I could not have imagined a decade ago. I’m proud of the work that this quartet put into making the lingering dream of this record a reality.

Cisco Bradley: How did the quartet come together?

Kenny Warren: I met Noah at session at Devin Gray’s old place on Crown Heights back in 2008 or 9, and began playing in his band Big Butter and the Eggmen shortly after that. He has a huge sound and impeccable time, two of the most important qualities for a player on any instrument, but especially on the bass. He is also a dear friend. We lived together from 2012 until 2016.

Satoshi is someone I have had the utmost respect for since before I even moved to the city. I finally got the opportunity to play with him in Ben Stapp’s Zozimos. In the studio while recording “Myrrha’s Red Book”, Satoshi blew me away. He can light such a fire. It’s really a thrill to play with him.

As I mentioned, J.P. and I have played with a few different rhythm sections, all of them had their own special thing. Somehow the somewhat unlikely hook up of Noah and Satoshi seemed to make everything fall into place.

I decided that, with Jeremiah moving to the west coast, I would put Laila and Smitty on the back burner for a year or so and book the quartet whenever I had the opportunity. We played about a dozen shows in town in the year leading up to the recording, and at this point the material feels nice and loose like an old glove. It takes time to get to the point with a band, so I really appreciate their dedication.

Kenny Warren: That is a huge question. My first answer is always Ron Miles. I can’t say enough about how much his music changed my life as a teenager. I also have to give huge props to my teachers Al Hood, Greg Gisbert, Paul Romaine and all of the generous musicians that I looked up to as an aspiring musician in Denver, and then at Purchase. Then there’s the cannon of jazz masters: Ornette, Armstrong, Clayton, Eldridge, Monk, Miles, Booker, Woody, Wayne, Trane, Sonny, Tony Williams, Mingus, Ellington, Don Cherry, Wheeler, Harrell, etc… Then there is the more recent generation of NYC musicians that never had the fame of their predecessors, but who nonetheless are ubiquitous inspirations to my generation: Chris Speed, Tony Malaby, Ralph Alessi, Craig Taborn, John Hollenbeck, Dave Ballou, Tim Berne, Dave Douglas, Coung Vu, Jim Black, Michael Formanek, Oscar Noriega, Shane Endsley, Bill Frisell, oh man … too many to list. Also Endsley and Frisell are like 20 years apart in age, so again categories failing us. Let’s not forget Wadada Leo Smith, Bill Dixon, the AACM, Willam Parker, on and on … I am also inspired and I think it is fair to say influenced by Eastern trumpet players like Ergun Senlendirici, Sammy el Bably, Djambo Agusevi, and some Roma truba masters that I have had the opportunity to study with while on tour in the Balkans with SSP: Ekrem Mamutavic, ad Nesat and Ferisan Zekirov. Oh, and Kendrick Lamar, and Radio Head, and Mt Eerie, and Tom Waits, and Mississippi Fred McDowell and Leadbelly, and the Carter Family, and Deerhoof, Bartok, and The Secret Museum of Mankind. Not to mention my friends and co-conspirators … not even going to start with that list.

Cisco Bradley: Thank you for sharing your thoughts about your quartet debut release.