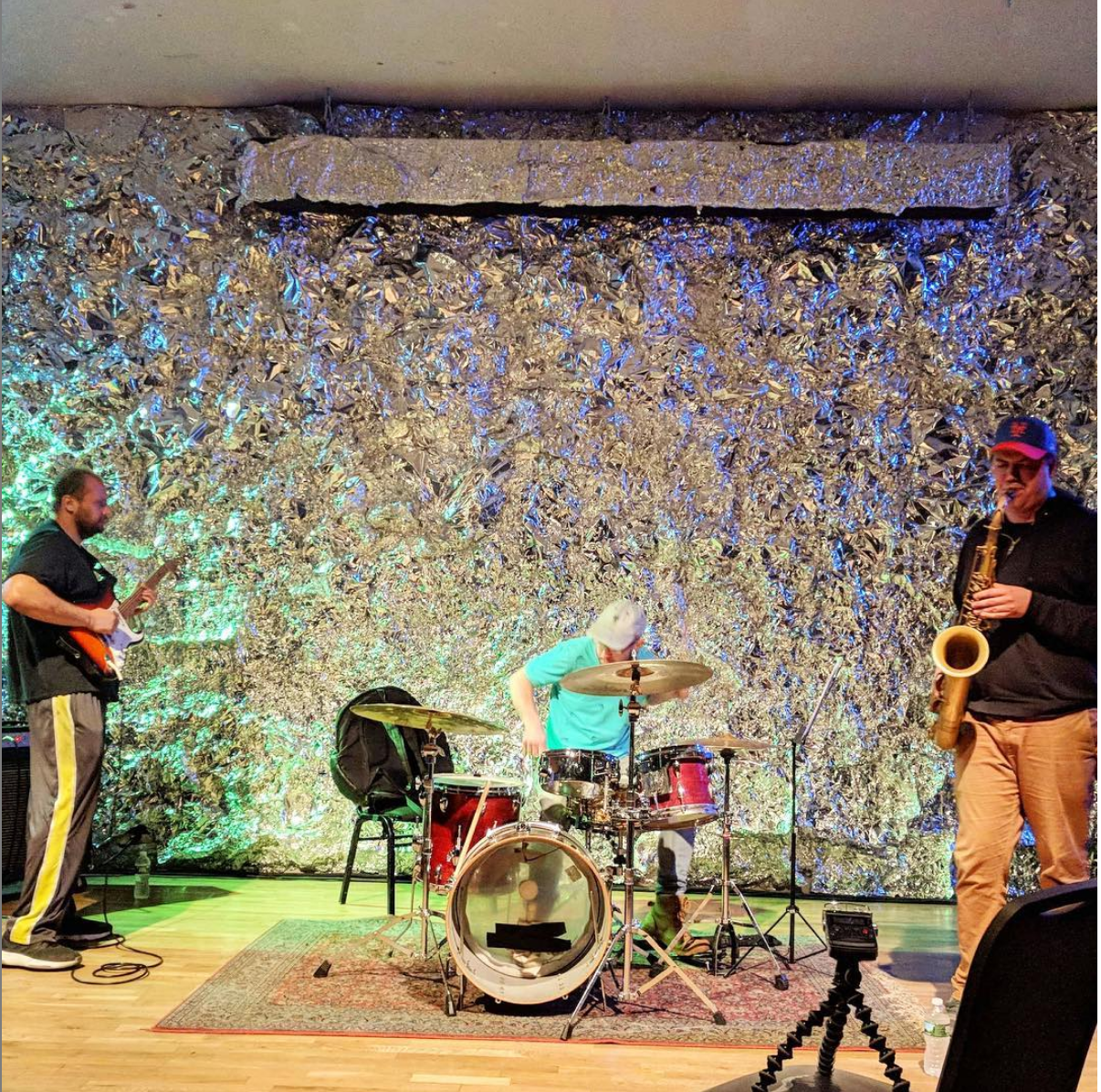 Tenor saxophonist Sam Weinberg releases his debut record as a leader, Drolleries, with his band BLOOR on the Astral Spirits label. I had the chance to talk with Mr. Weinberg about the record. See below for streaming of two exclusive tracks.

The record drops tomorrow in both CD and cassette formats. The record release show is at the Glove on February 7.

Cisco Bradley: Can you talk about how the record came together and some of the ideas behind the individual pieces?

Sam Weinberg: Much of the initial BLOOR music came from a concentrated compositional burst in the summer of 2017. I felt that in order for the band to succeed, I had to almost be didactic and overly obvious about my fixation on repetition—I wanted this band to be something of a vessel for these ideas I was having about the perceptual phenomenon that surrounds hearing something over and over again. In light of that, I wanted all of the pieces—all of which are documented on Drolleries—to be terse and strongly asserted, repetitive yet constantly changing; gradually unfurling into improvisations which made ample use of the spirit of the written material. There have been many moments where I’ve been so elated while playing with Andrew and Jason: it is incredibly fulfilling for me that the three of us are able to conjure the absolute sound I had in my head when I conceived of the band. Much of that can only come through the conviction that we have in improvising together, and me not saying much, but I do think the pieces that I wrote for the group serve to prod us in the right direction and immerse us in particularly potent zones rather quickly.

So, while it doesn’t seem entirely worthwhile to trace out each composition individually, I will say that all of the pieces that I have written (and continue to write) are all geared towards conjuring a gestalt sense of the whole by having little ambiguity with respect to the parts, how we should approach them, etc. I think we are successful in that mission for which I’m immensely proud.

CB: Why did you select Andrew Smiley and Jason Nazary for BLOOR? What unique qualities do they bring to the music?

SW: Andrew and Jason are two of my favorite musicians in the world and, again, I take playing with them very seriously and find it consistently humbling. I first became aware of both of them while I was in college, during which time I was pretty taken with their band Little Women: both its ceaselessness, and its penchant for more emotive, drawn out zones. I then met them both sort of coincidentally once I was living in Brooklyn and began playing with them regularly, but mostly improvised things. We also became good friends in the intervening years. Come to think of it, in 2015, I had a few one-off gigs where I would call Andrew and another electric guitar player (Jon Lipscomb or John Welsh mostly) and we would play this same mini score of three cycling contrapuntal parts which, in retrospect, did get me thinking about the ways I could write for Andrew in which he’d excel.

I remember I was in Miami, in a place called Flamingo Park, and I was swimming laps (something I seldom do but which, in this moment, did provide me with some nice contemplative isolation) and had just been offered a low key house show for when I got back. I was deliberating about what band I should book for the gig and then a very distinct composition came into my head while swimming and I rushed back to the apartment where I was staying, hand drew staff lines on a piece of 8.5×11, and sketched the piece out. I knew that, to some extent, I heard Andrew and Jason’s playing for this in my head, so I called them and booked the show. I reckon this was March 2017. So while that gig wasn’t advertised as BLOOR, and I scrapped basically all of the material that we played that night for any successive shows, it was a proper motivational dose for me write more music and book more shows, which I proceeded to do. Between the fall of 2017 and now, we’ve played a ton of shows, with mostly the same set of music. There has been a definite process of refinement and growth throughout that time. Slightly outside the scope of this record, but I have written an entire set’s worth of new music for the band which we’ll begin working on this winter. These pieces take many of the essentially similar strategies from the first book, but add layers of development and new strategies for insertion of different ideas, many motivated by this novel I love, Lookout Cartridge by Joseph McElroy.

Both Andrew and Jason have a focus and a deliberateness to their playing which has spawned a ton of growth within my own concept and how I approach the saxophone.  They have both tangibly changed the ways that I think about improvised music. In answer to your question, it’s not that the two of them make it work or don’t work – I sincerely believe that if it weren’t for them this band would not exist.