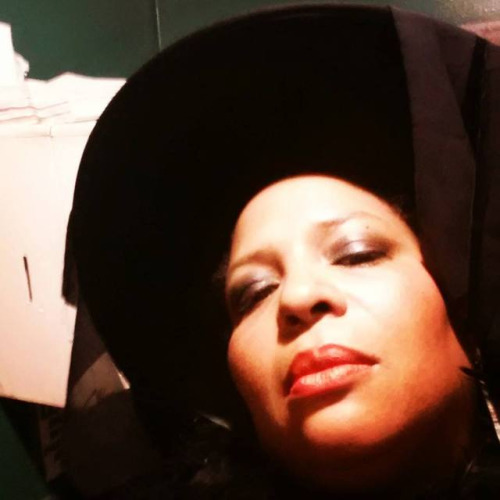 Not all.
But many.

To be a woman in jazz as a vocalist of original and creative music is to be given the gaze of suspicion from black and white male musicians. If I hear an asshole ask me to “sing pretty” one more time…

To be a woman in jazz with a mind of your own is problematic.
Our point of view isn’t as valued unless it’s seen as ‘female’.
How many women bandleaders lead festivals?
How many female bandleaders end up in critics polls?

Jazz history reveals beneath the surface the ‘place’ of women.
Applause, applause for the those that don’t rock the philosophical boat and quiet for those who do. It took vocalist/composer/bandleader Betty Carter over 30 years to garner mainstream jazz acceptance and no-one could argue her chops. If she didn’t take her career into her own hands, we may still have been listening to her sides with Ray Charles. If Betty Carter was male with a trumpet making them same sounds?
This is REAL shit.

Jazz can feel like men want it all to themselves, an intellectual
club that women aren’t privy to. We can’t handle it.
I’ve always said FUCK. THAT.
Many other women have said the same.

I can’t ignore the isolation I sometimes feel
When my work is seen as less than.
I hear what’s out there and I know it’s not.
I’ve worked hard to develop my own voice.
I’ve done my ‘jazz’ work deeply.
I sound like no one else.

Being a vocalist is an asset as an improvisor. I can make my message as direct or as abstract as I want it to be.

I knew this was a hard road, a woman non-instrumentalist composing original music for my voice with improvising at the core. Because I love the freedom to take long solos as much as I love hearing them.

To be a woman in jazz is to question yourself.
Difficult to find mentors. I’ve never had a vocal mentor.
Yet I’m extremely fortunate – I had two important pianists take me very seriously.

The great Misha Mengelberg was one of them, the great Curtis Clark the other. They both in their way informed me to ignore the haters and keep working toward my voice. “There is something important there.” They both valued the voice as an important instrument in and of itself that was vital to this music. These are some of the beautiful exceptions in my world.

To be a woman in jazz is to be strong as fuck.

To be a fighter, an orator, a storyteller, a misogynist smeller, a defender of your right to be right there, going to battle with attitudes that won’t budge. Doors slammed shut.

To be a woman in jazz is to know the sensual and intellectual rigor of this music and know there is no need for mutual exclusivity.

To be a woman in jazz is a spiritual and creative experience like no other because all the fights and challenges make us stronger, entrench us deeper in the reasons we are here.  So when we get on stage, it’s clear.

We aim to kill because we know we can.