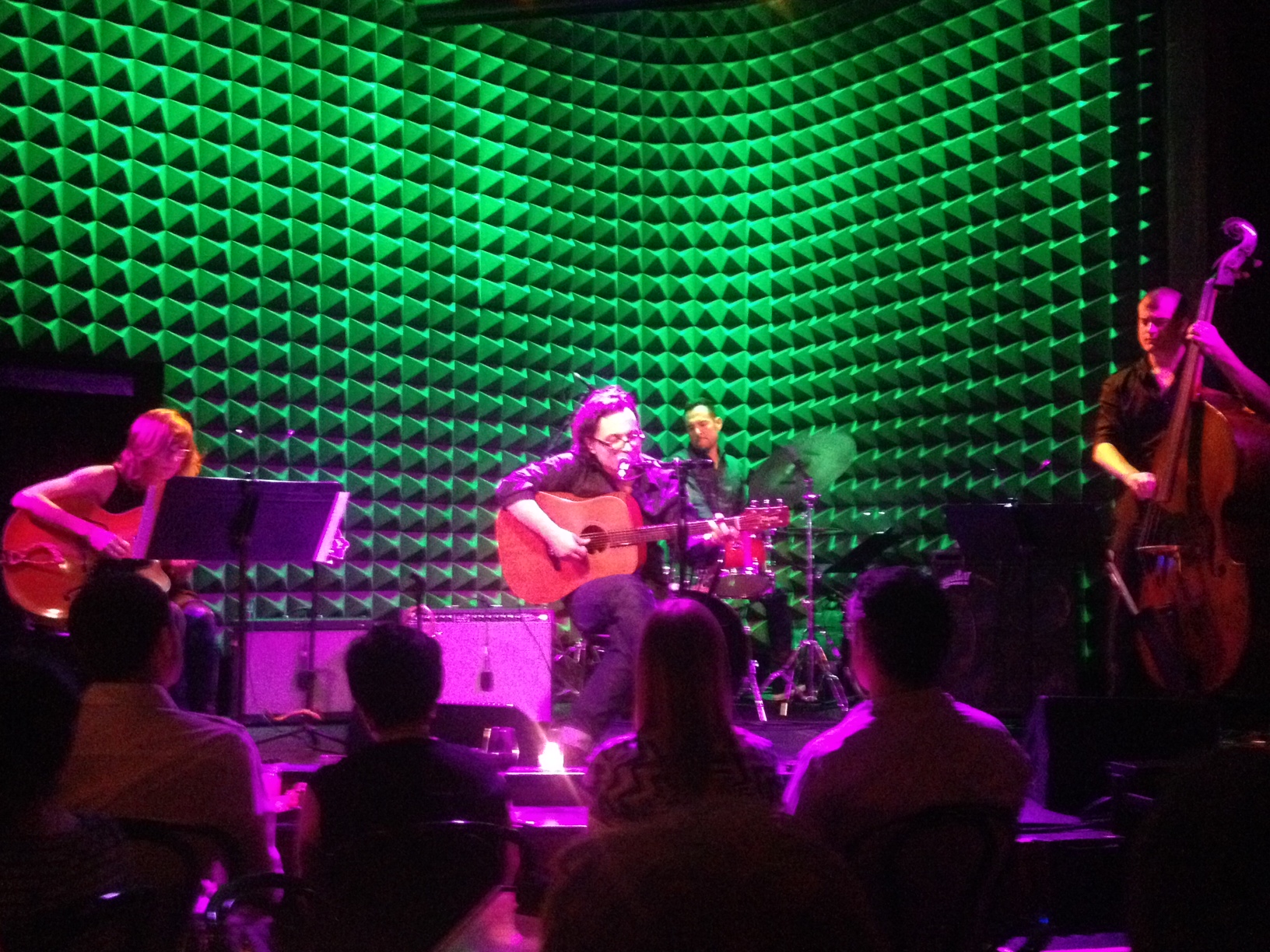 Macedonian singer-songwriter Krste Rodzevski played a splendid set of music last Monday before a sell-out crowd at Joe’s Pub. The occasion was the release of Rodzevski’s debut record, Batania (Much Prefer Records). The live set featured a series of sensual, yet edgy ballads featuring Rodzevski’s lyrics over acoustic guitar. The lyrics themselves were composed in Macedonian and it was evident from the audience’s response that many people in attendance were fluent Macedonian speakers requiring no further explanation. But Rodzevski also introduced each tune either with titles in both languages and, at times, with a brief backstory. Even for English-speakers like myself, the humanness of the songs readily communicated across language boundaries, telling stories of love, loss, memory, and home. Rodzevski’s tenor voice is warm, yet capable of injecting necessary touches of melancholy. And while the leader of the band could have elected to present this in a solo format, the band that backed Rodzevski significantly deepened impact of the music. Tomas Fujiwara–one of New York’s most consummate drummers, known particularly for his work in improvised music–propelled the ensemble, providing a constant source of energy and a sense of purpose. Michael Blanco (bass) added structure to the pieces as well as some gripping solo work. Mary Halvorson provided dark fire on guitar and pushed the music to its climax in the penultimate piece of the set through a brilliant solo in a song that Rodzevski noted was about “death” and “going home.” Trumpeter Kirk Knuffke, who normally plays with the band, was unable to join the band for this date. The electric atmosphere of Joe’s Pub was the ideal place for Rodzevski’s debut record release. The record, Batania, captures the magic of the music presented in the live set and should definitely be appealing to fans of varied musical interests ranging from southeastern European folk music to cutting edge jazz.