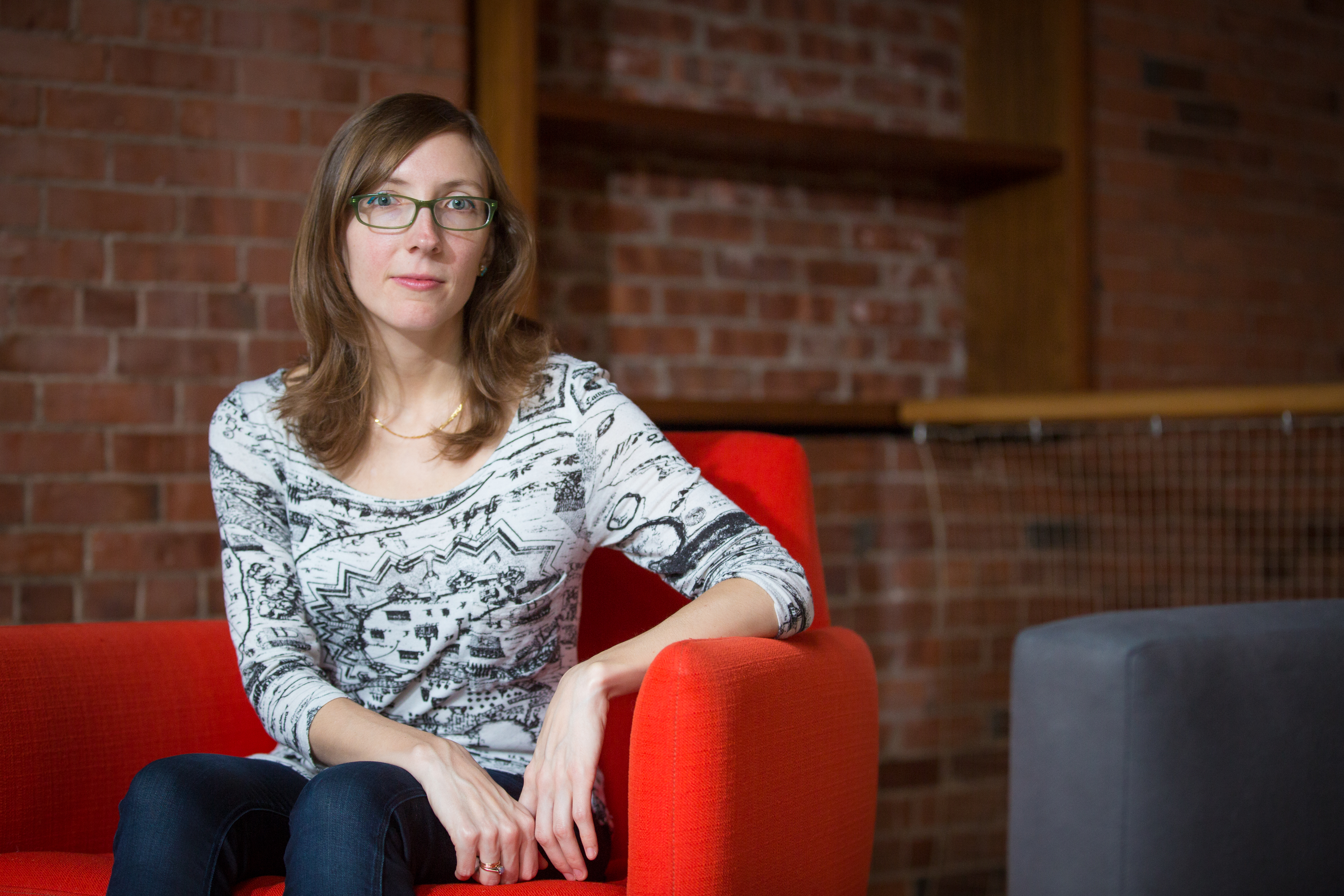 Guitarist Mary Halvorson has two exciting new records coming out this year. The first, with bassist Stephan Crump, is the sophomore effort of their collaborative duo, Secret Keeper. The music they create together features rich, sensual, earthy sounds set upon a palate of sound that includes dashes of necessary tension amidst foreboding resonance. A truly magical pairing of virtuosos both equipped with daring vision. Titled Emerge (Intakt), their second record will be available in Europe this month and in the United States April 28. Emerge is a decisive new turn for the band following their fully improvised debut Super Eight. The new release features nine tunes–four compositions by each of the two band members–and an adapted song by Irving Berlin. Halvorson is also set to release her first solo record on Firehouse 12 in September.

Cisco Bradley: Since releasing Super Eight in 2013, how has your duo Secret Keeper with bassist Stephan Crump evolved? What are the ideas that came to form the basis for your second record?

Mary Halvorson: Our first record, Super Eight, is an unusual record in that it contains the very first notes Stephan and I ever played together. Back in the summer of 2012 we met and decided to play some duets, and since Stephan has a recording studio in his apartment, he set up mic’s just for the hell of it. The resultant improvisations we recorded, including those very first notes, are included on Super Eight. Because we enjoyed those initial improvisations so much, we decided to bring compositions to the band, and make it a regular project. We didn’t record the compositions right away; for a couple years we workshopped them, rehearsed, performed them live. Normally we mix the free improvisations with our compositions during live performance. Eventually we got around to recording an album comprising all the written material– 4 tunes by each of us, plus one by Irving Berlin. So, Emerge is a pretty drastically different record than Super Eight; in approach and concept, it’s way more compositional and structured. Still, improvisation is common thread that runs through both, and it feels pretty natural for Stephan and I to switch between these two approaches.

CB: What about Stephan’s music first made you want to collaborate with him?

MH: I was drawn to Stephan’s music for many reasons; first, he is a complete master of the instrument; fluid and virtuosic in his approach. On top of that, whatever he plays is shaped by an amazingly strong attention to detail. Every attack, note and sound he creates is important and purposeful; he is never on auto-pilot. He’s a great listener and an extraordinarily open musician, a searching musician, with wide-reaching musical tastes and interests.

CB: What about the energy and feel of Thelonious Monk’s music did you find most inspiring?

MH: I think the Monk song title Ugly Beauty sums it up well.

CB: What led you to include an Irving Berlin piece on Emerge?

MH: That was Stephan’s idea. His reason for choosing it, I’m actually not sure. But it’s an incredible composition. He wanted to try it as a duo, so we did, and we loved playing it. Then, while we were recording one afternoon in Stephan’s home studio, there was a kind of magical moment where this insane rainstorm started happening outside, just as we were playing What’ll I do. We decided to open the windows to let the sound of the rain in. So you can actually hear the rain on the album, during that piece only.

CB: You are also releasing your debut solo record on Firehouse 12 in September. How is your approach to the solo project different from the other music you have crafted over the years?

MH: My approach to solo music is pretty drastically different than anything else I’ve done. Since I started to play music when I was seven years old, interacting with other musicians has been a huge part of it. When I started working on the solo project a few years ago, it was my first attempt at creating music entirely on my own, so it required a pretty intense change of mindset.

I wanted to create something full enough to stand on it’s own, with enough variety and structure to be interesting, and with enough space to breathe. For me breathing was the hardest part; when I started playing solo I felt like a nervous talker, anxiously trying to fill the space left by the absence of other musicians. It took me some time to learn how to relax.

Another reason this project is pretty different for me is that it’s all covers. When I initially thought about doing a solo guitar project, I felt pretty strongly I didn’t want to do an all improvised record, but at the same time I felt zero inspiration to compose music for solo guitar. Then one day the idea popped into my head to do covers. I thought about doing solo guitar renditions of jazz standards that are important to me, songs I grew up listening to on repeat, songs that get stuck in my head. I spent a couple years working on choosing material and developing new approaches and strategies. The album ranges from classic tunes (Cascades by Oliver Nelson and Ida Lupino by Carla Bley) to compositions by my friends and peers (Platform by Chris Lightcap and When by Tomas Fujiwara). Thelonious Monk’s solo piano music was a big influence on this project, and although no Monk tunes made it onto the record in the end, I did spend quite a bit of time working on his music and absorbing the energy and feel of it.

CB: Can you tell us a bit more about how you selected the tunes to record for your solo project?

MH: Gradually, and kind of haphazardly. I would put on a record at home or on my headphones while traveling… a song would come up, and I’d think: maybe this would work. Then I’d start workshopping it and experimenting with ways to adapt it for solo guitar. After a couple years of doing this I’d built a repertoire. For example, one day I was listening to Ornette Coleman’s Sadness, from Town Hall 1962. This is probably my all time favorite Ornette song. I love the bowed bass in the beginning, contrasted with the saxophone melody; the intense emotion it creates. For that piece I worked with a slide in order to emulate the bowed bass and slippery aspects of the melody. Then I added a “part two” arpeggiated section which doesn’t have much to do with the original, except that the original brought me there.

CB: I have always been impressed by how fast you make decisions in real time as an improviser. What is going through your head when you are in the midst of it?

MH: I like music to be as intuitive as possible, therefore I try to clear my head when I’m playing and think as little as I can, at least in terms of rational thoughts. But of course it’s impossible to not think at all; so when I am thinking probably the #1 thing I’m thinking about is balance.

CB: You have often mentioned that you are an interest in astrology. How have you incorporated this interest into your music?

MH: I’ve been interested in astrology since I was in college, when I realized I could pick out an Aries in a room and was almost always right. Over the years I’ve spent quite a bit of time learning astrological systems. My good friend, violist Jessica Pavone, is a serious astrologer and we keep a database of hundreds of our friends’ charts. Actually I have several friends who are interested in the subject. For me, it’s more of a hobby and I tend to keep it separate from music; i.e. I don’t use astrological concepts in musical compositions. I do notice patterns, however. For example in college I had a quartet where the members were one of each element: earth, air, fire and water. In my septet, 5 out of the 7 members are Librans (I didn’t do that on purpose; I noticed after the fact).