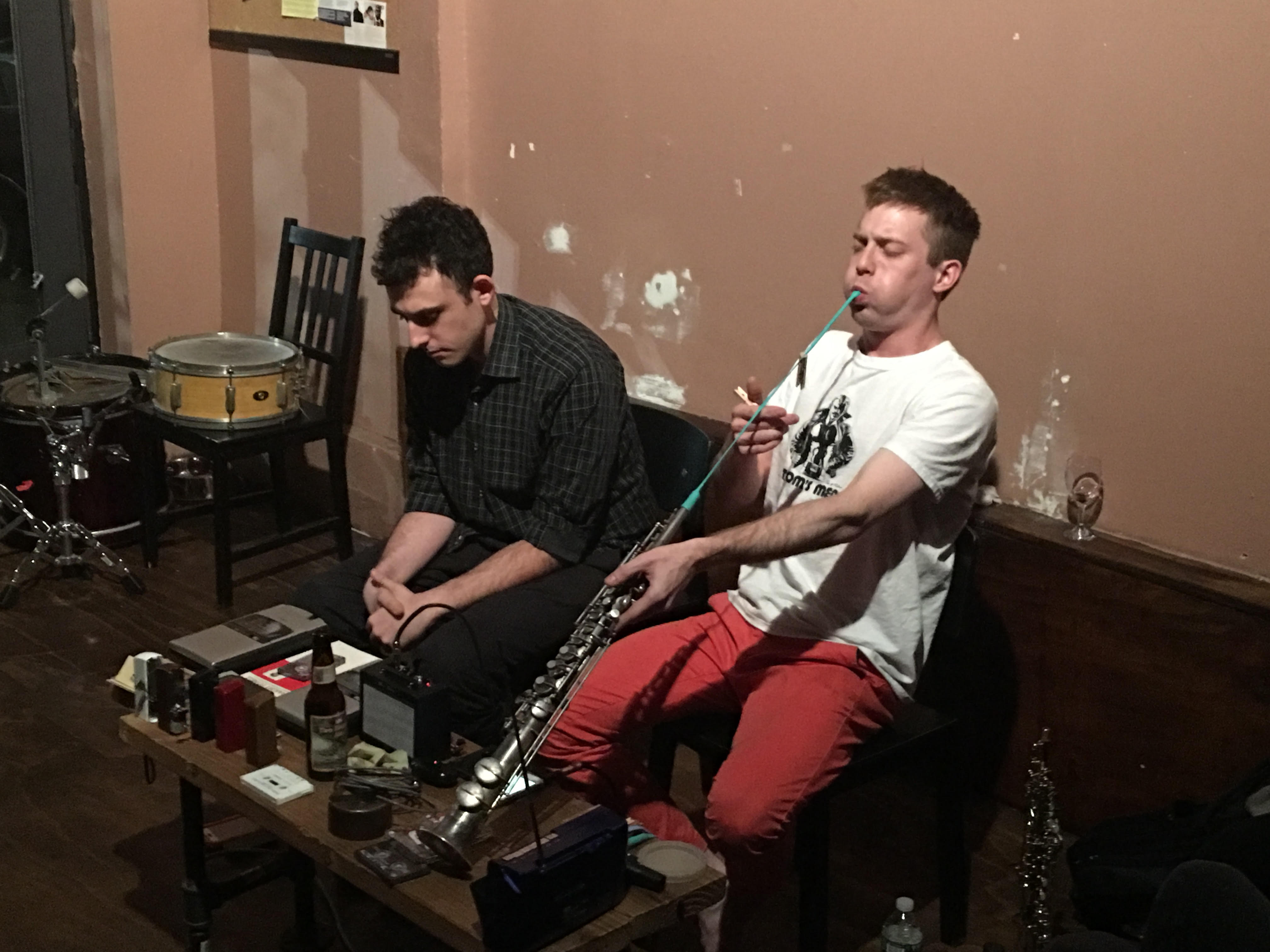 The world of creative improvised music has long been a macho one, though thankfully there have always been other voices since the art form’s first shell scratchings. It wasn’t all that long ago that in free jazz, the tough, workmanlike masculinity of reedists like Peter Brötzmann and Mats Gustafsson was celebrated as the apex of post-Ayler energy music and an aspirational aesthetic. Now, at least in New York and certainly elsewhere, the environment is a bit more fluid — free music is no longer a space reserved for straight men, and the scenes are better for it. Saxophonist Michael Foster is one queering voice of the contemporary avant-garde; in addition to his bellicose tenor and soprano being featured with drummer-composers Weasel Walter and Andrew Barker, Foster performs solo, and in duo format with multi-instrumentalist Richard Kamerman in The New York Review of Cocksucking — the latter project employing tape, pedals, saxophone preparations and other objects to expand the sonic and political reservoir.

Such Sweet Shame is the second of two recent cassettes from Foster and Kamerman; recorded live at 65Fen in central Brooklyn, its twenty-two minutes are housed in a tan printed mailer like some sort of lewd paperback. The performance employs a prerecorded, semi-obscured gay porn vignette and perhaps some psychiatric study, buried with metronomic clatter, soprano saxophone growls and wet sputter, the two musicians unearthing a clamor of grinding feedback, harmonica exhalations and rubbery grapple. The music is improvised; signaled through text and a concentrated diffusion of sounds (including raucous expulsion), the duo creates an active, rugged landscape. The second half of the cassette features Kamerman reading charged and compelling stories of cruising in Disneyland, augmented by terse, well-placed and breathy multiphonics, percussive cycles and ghostly feedback in a particularly striking piece.