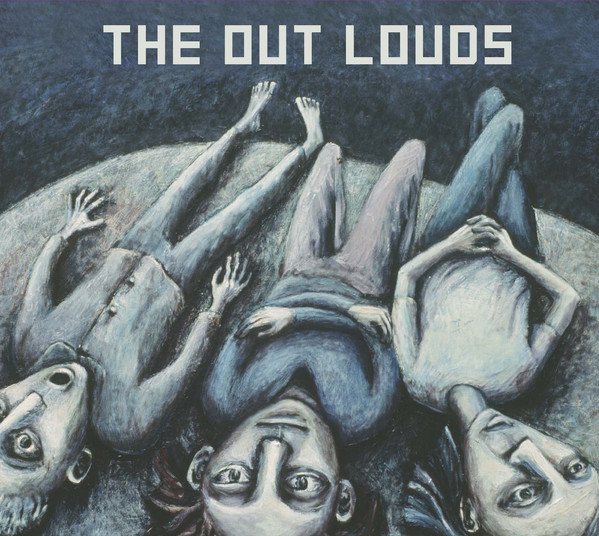 The Out Louds is a joint venture between guitarist Mary Halvorson, clarinetist Ben Goldberg, and drummer Tomas Fujiwara. I saw Mary Halvorson perform with Weasel Walter and Peter Evans at Death By Audio. I have not seen the other two musicians, so this is my first time hearing Tomas and Ben. All three musicians have impressed me with their playing on this CD. Each track is a separate entity with few repeated ideas from track to track. That in itself is very impressive. Here is a condensed breakdown of all the tracks on this remarkable CD!

“Starry Flakes,” starts off with gentle cymbal sounds from Tomas. His sparse drumming allows Mary to fill the space with her ringing guitar chords. This style of guitar playing was quite popular during the 1950s. Growing up, I would hear guitarists using this approach in some of the songs that received frequent airplay on the radio. Ben rises above the music using his clarinet with great effect, guiding the musical direction. His control of the clarinet is very good. The playing begins with a feeling-out period however, after two to three minutes, the musicians find their groove and their playing is more forward. Tomas’ drumming comes to the forefront as he takes the lead with a logical sense of direction. Mary’s chordal approach continues providing a suitable background for her bandmates on this song. After listening to the first track, I was curious to see what the trio was going to do next.

They do not fail to impress. They start right into “Trout-Lily.” Tomas’s use of Tony Williams-like rhythms guides this composition well. Mary changes to playing a series of short varied chords. Ben has a strong melodic sense as he navigates through these unknown waters, unintimidated by what may lie ahead. Clearly Ben has taken the role of the leader on this song. I’m hearing somewhat of an Ed Blackwell influence from Tomas. His drumming generates excitement kicking the band in orbit. Mary takes off with her playing, and in the process, matching Tomas almost note for note. Somehow they connect while she continues with rapid fingering, using bits and pieces of fragmented lines, here and there. Eventually Ben follows her closely, matching her efforts almost in an off-key unison? This is spontaneous counterpoint in action, beautifully executed by all three musicians. Now, they’re entering my turf, playing the more aggressive free (jazz) style.

Mary’s lines around 3:40 pushes the trio even more so while Tomas parallels her efforts before shifting to a softer dynamic level leaving Ben to come in and help fill the void created by Tomas’ diminished presence. This is a smart move on Tomas’ part showing he is attuned to the melodic elements when he plays drums with others.

“False Goat’s Beard” allows Mary to shine as she dominates this track with her melodic lines. Her approach varies from song to song. What she is playing here is completely different from the previous tracks. Ben tends to move in and out of Mary’s concept much like a bumblebee as it moves from flower to flower. Mary’s playing sounds as if she’s overdubbed this track, but I cannot be sure. Her work around the two minute mark is interesting. Her sound has changed and is reminiscent of folk music guitar playing. Tomas is very much in the background almost as if he’s laying low on this track. He can be heard providing minimalist support via a slight undercurrent not meant to be a dominant sound. His unorthodox rhythm frees Ben and Mary to change their melodic approach as the song moves towards the middle of this track. Gradually, the rhythm takes on a more definitive shape and it reminds me of Miles Davis fusion music early on. This is not fusion but the general idea is there in its infancy. Thanks to Mary going off track, the playing gets much freer here.  Ben follows closely and then almost drops out leaving Tomas playing with lots of space between his cymbals, toms, bass and snare. It is an open-ended way of playing. There is a natural pause around the eight minute mark and it feels like a good place to stop, though it continues and becomes a sort of coda statement.

“Yellow Queen” could very well be a solo vehicle for Mary Halvorson, though it isn’t. Ben joins her playing intermittently off and on as Mary’s chords linger, indefinitely in the open space. Tomas is keeping a low profile on this track. I would like to have heard more from Mary and perhaps have had this be a solo piece to really bring out her sound, which evokes someone playing the piano as opposed to the guitar. This track ended much too soon–I would have liked to see these ideas developed even more!

“Obedience,” Starts off slowly. Ben makes almost inaudible sounds with Tomas in the background. This element becomes the backbone of the song. The rhythm mutates slightly here and there changing to soft snare drum rolls, followed by irregular bass drum beats. Ben has a way of adding dramatic tension to the proceeding with his clarinet playing. At 3:58, Mary utilizes very dark electronic chords on her guitar to great effect. At 4:06, she really brings out this sound. This is very impressive, moving the music forward in this manner.  The trio opts for a rather traditional ending, bringing this song to a close.

Ben introduces “Pink Home Run.” His performance sets the mood for this song. Mary picks up on the concept with ease and plays accordingly. Tomas joins them providing gentle and steady, but vital support.  Mary follows Ben echoing his melodic lines, at times, plus putting her unique spin on those lines. At 6:12, the song begins to diminish with new ideas.

“Preference,” begins with a strong chord from Mary and followed by a steady long tone much in the spirit of David First. Tomas plays an extended drum roll on this track. This is something that’s not done very often in improvised music, more reminiscent of classical music. From 1:50, Mary plays an engaging melodic line chord combination with a fair amount of distortion. It’s very effective as it really makes her stand out pushing Ben to dig in a little more. He does and this allows Tomas to provide even more solid support on the drums. Mary drops out but when she returns, she continues to add to the fire the trio has created. Again, this is more of my preferred style of free jazz exploration.

“Old Blush” is a call and response type song. Tomas’ drumming takes on a marching band quality. He suggests a rock beat but doesn’t fully allow it to take shape in his drumming, but rather does something else instead. The duo between him and Mary captives the ears as they both parallel the efforts of the other, while not playing exactly the same thing. Ben flirts on the outside in his own musical lane, listening and adding to the fray.

“Black Garlic,” opens with more chordal playing from Mary Halvorson. She is joined by Ben and Tomas supporting her resonant ambient sounds. Finally, we get to hear Tomas take a short drum solo. He delivers and then some, setting up the next phase of the song. Mary joins him with free jazz guitar playing. She’s all over her instrument and changes to traditional jazz playing while Tomas continues with a more unorthodox free drumming style, though clutching onto something of a traditional jazz feeling. This is something one would hear in a big band or large ensemble setting.

Ben Goldberg opens “Nearly Wild,”introducing the song, soloing at length. I can hear the traditional jazz elements in his clarinet playing. If Benny Goodman was interested in free jazz, I could hear him using this approach while he improvises on his clarinet. Tomas joins in playing traditional post bebop jazz on his drums. This is a wonderful way to change the template for an alternative sound. Mary sits this one out during this duo exchange early on. She does come in at the 3:31 mark and now the trio is complete. They continue playing off the pulse set up by Tomas and Ben. Mary moves on with traditional jazz improvisations on her guitar. She alters this approach after the five minute mark. Her sound is very free which adds to the maelstrom already in progress. The last song, “Pink Double Knock Out,” is a ballad. Ben Goldberg and Mary Halvorson are front and center while Tomas uses brushes softly in the background.

This CD is very enjoyable. Mary Halvorson is getting a lot of media attention and the attention is justified. This is the first CD I have heard with Mary and I now want to listen to her other work. I was also pleased with the work done by Ben Goldberg and Tomas Fujiwara on this recording. This music will appeal to those who prefer a gentler free jazz. Mary Halvorson fans will definitely want to grab this one.