I hadn’t planned to go to Mexico City. After my flight to Rome was delayed 30 hours, I abandoned my original plans and spontaneously bought same-day tickets to Mexico City on December 29. I had heard rumors about the vibrant improvised music scene there, but had never experienced it first hand, so I asked for advice on Facebook and received dozens of suggestions of musicians, curators, and venues to check out, far too much to process in a brief five-day stay that was at first intended to be a personal romantic getaway. 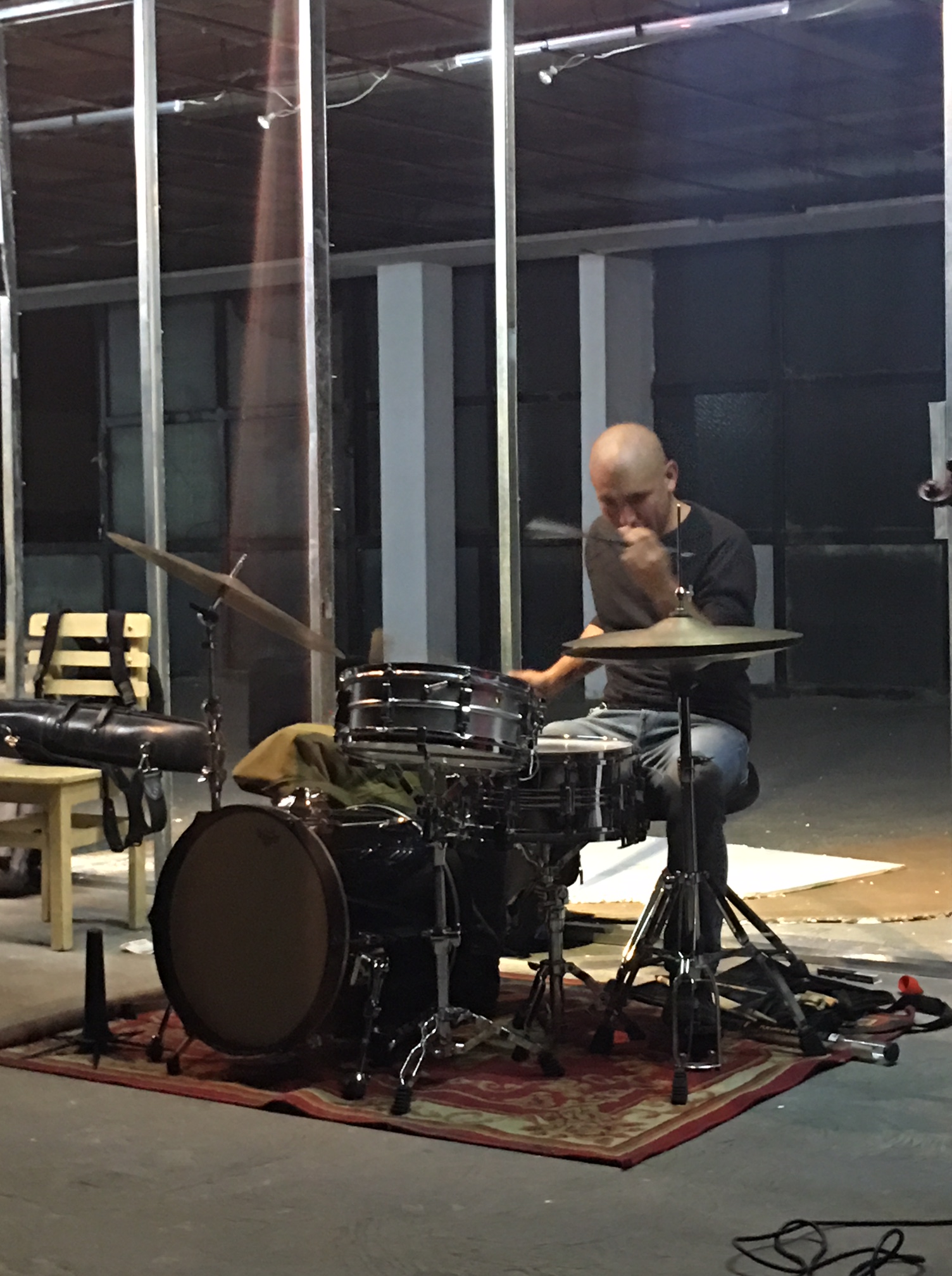 The very next night, I arrived at El Quinto Piso in the Centro neighborhood of Mexico City–situated on the fifth floor of a parking garage. It is an intimate DIY space, the kind where grassroots art flourishes before a curious audience that is seeking out something real. Upon arriving, I was greeted warmly by Gibran Andrade, who had curated the event, and told “we don’t sell anything here, so if you want to go out and buy drinks and come back, that’s fine.” I complied and then settled in for the show as part of an audience of forty people. 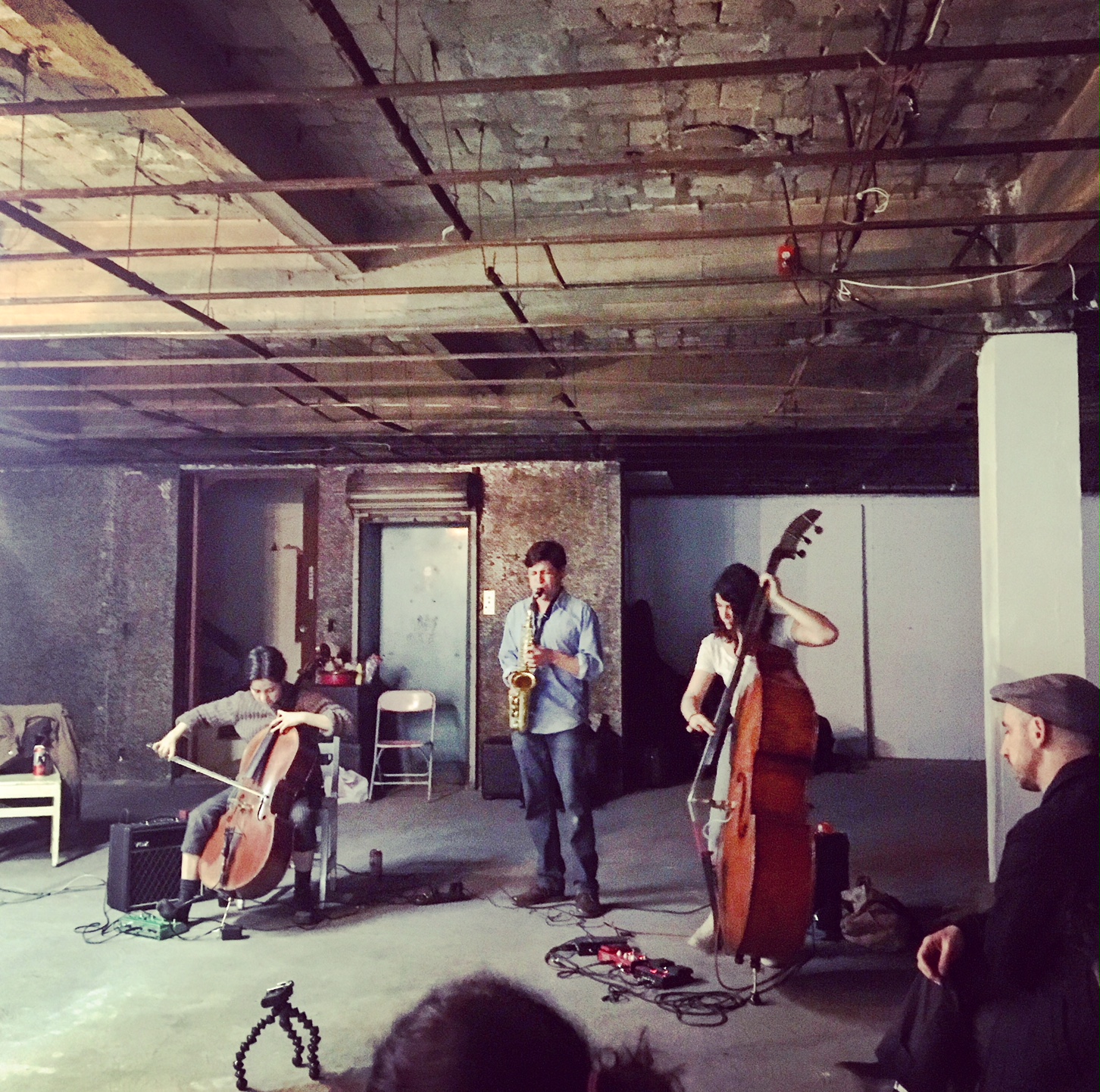 The first set was comprised of Adriana Camacho (bass), Emiliano Ramirez (alto saxophone), and Mabe Fratti (cello), playing freely improvised pieces. They began with small sounds, but showed quickly that they had a communal feel of rhythm and tempo with the group accelerating and slowing together organically. Fratti’s bowed sections were particularly bold and at times almost syrupy, regimented by Camacho’s plucked bass and sparse, light-footed forays by Ramirez. At times, Fratti and Camacho melded together, with occasional accented squeaks from Ramirez. Altogether, they swayed like the sea in a way that made it possible to hear the surface sounds, while also giving glimpses of the vast abyss that churned beneath. Fratti’s eloquent harmonies evoked powerful images again cut decisively by the saxophone, giving the sense of an arduous journey undertaken against the odds. There was an aesthetic center to the music, drawn from a palette of dark, contemplative, plotting, and pensive sounds and colors. The group’s second, shorter piece grew as a collective sonic creation centered on airy sounds that conveyed the impression that they were inhaling and exhaling as one. 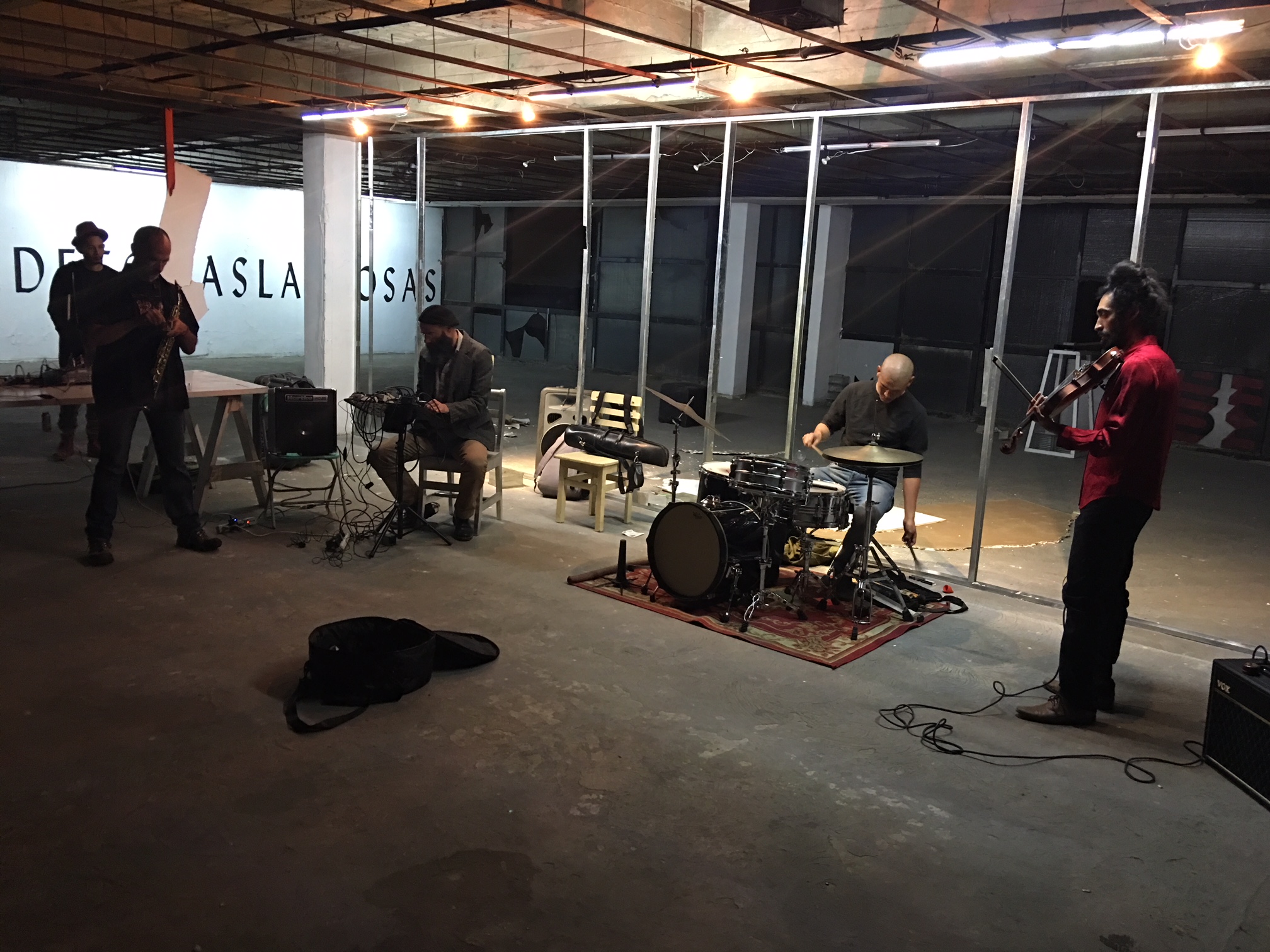 By the time of the second set, the audience had swelled to sixty people. That set featured a band called Geiser, led by Gibran Andrade (drums), with Remi Alvarez (soprano saxophone), Carlos Alegre (violin), and El Meteko (electronics). Andrade studied with Tom Rainey and Tony Malaby during a sojourn to New York City; Alvarez is a major figure in the Mexico City scene, having played with Don Cherry as part of the latter’s workshop there in 1977 and remaining a pivotal musician and arts organizer in the four decades since. Geiser played three freely improvised pieces. The first began with small sounds that progressed into growls from Alvarez and El Meteko, with light bowed sections from Alegre and subtle cymbal work from Andrade. The musical organism gradually coalesced from individual voices and once fused, they remained locked in, all four players bouncing off each other in constant forays, feints, and strikes. The band’s second piece began with a duet by Alvarez and Alegre over a low electronics drone. When Andrade entered, it signaled an overall surge in energy that grew, billowed, and eventually exploded with Alvarez painting the tips of the fiery exchanges most vividly. El Meteko’s electronics mostly forming the dark backdrop–the musical canvas–upon which the others flashed bright hues of red, yellow, orange, and white. Andrade was everywhere, pushing the music to its highest levels. The piece then ended rather suddenly and without fanfare. The third piece finally positioned Andrade out front with the other three intensifying the sound as it reached multiple peaks before receding. 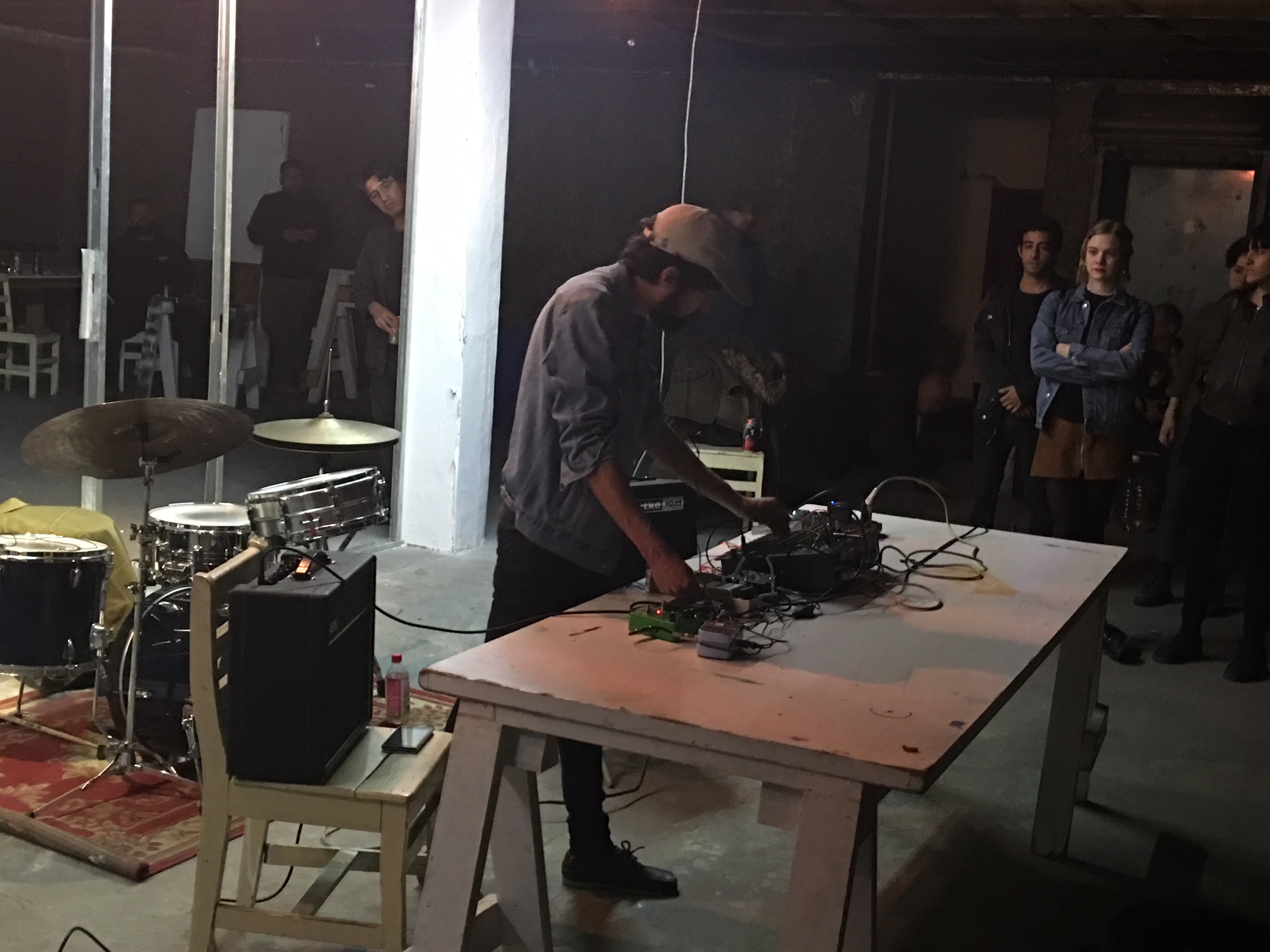 The third set, Le Trash Can, a solo electronics/voice project by Manu Armida, was an explosive performance that somehow managed to push the energy level that had increased with each successive set. He let out yells, at times, and his frantic bodily movements enhanced the sonic experience as he pushed forward. It was a fittingly jagged way to end the evening.

In an art space not obvious to passers-by on the street, on this night in late December, I witnessed three intriguing sets of music by young and veteran musicians. My only regret is not being able to witness more of the amazing players in Mexico City who are not just derivative of the scenes of the United States or Europe, but who are involved in building their own aesthetic worlds, informed by myriad musical influences, and speaking with rare honesty and conviction. I will return.