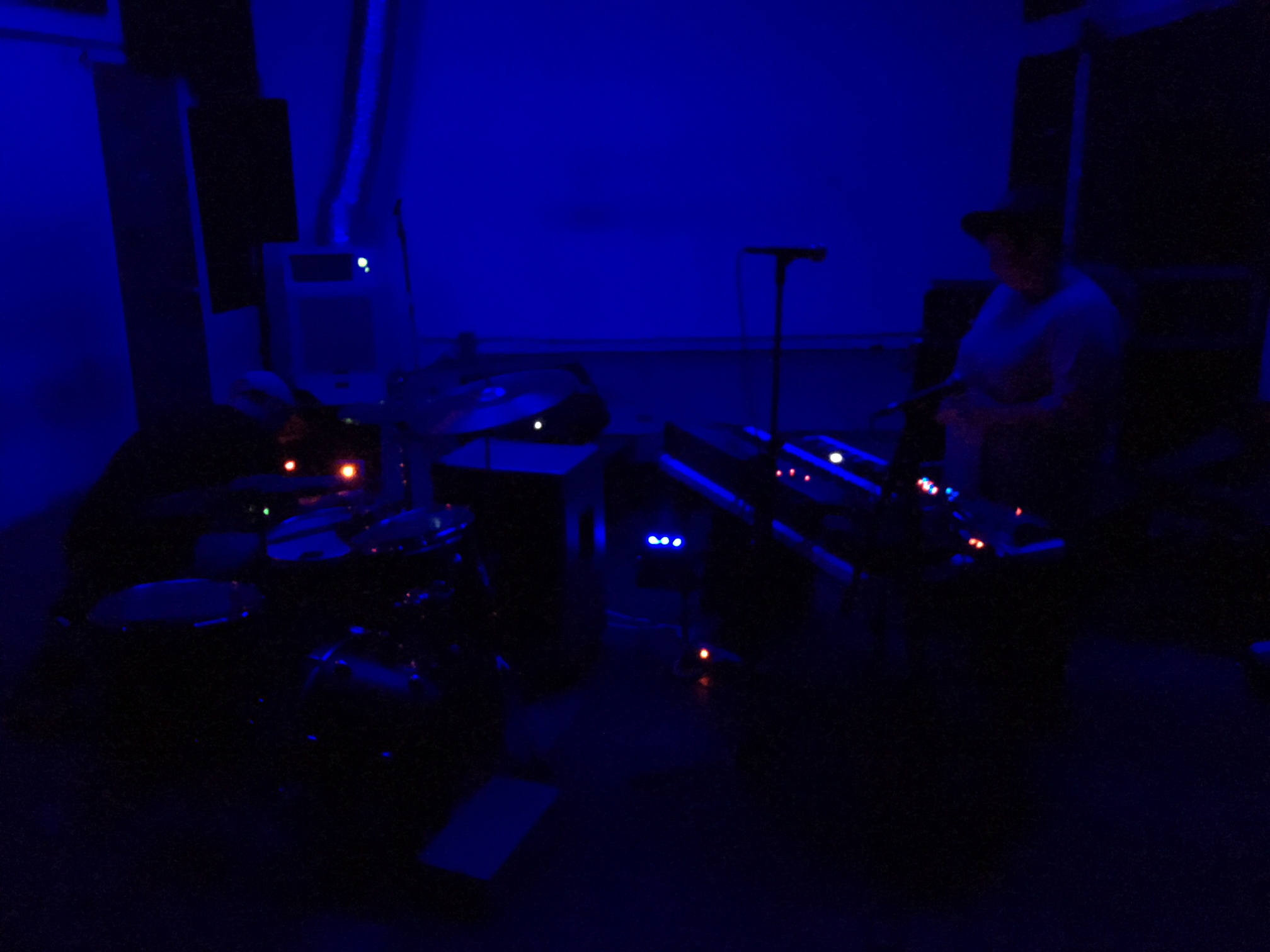 Sunday evening I had my first opportunity to see Anteloper play live. It was well worth the wait. Anteloper consists of Jaimie Branch (trumpet, electronics) and Jason Nazary (drums, electronics). The band creates intense layers of sound, recording loops, playing their instruments over electronics, and using delays in a manner to create far more sound than one might think possible from a duo. On this night, Branch and Nazary opened with pulsating electronics that grew steadily to a rumbling growl, then both shifted to their instruments for some explosive, driving moments that reached the set’s first climax. The duo then transitioned to a mellower, yet still forward-moving trajectory with direct trumpet lines that played counterpoint to the multi-faceted, multi-directional electronics underneath.

Under Nazary’s direction, the rhythms grew more and more frantic as Branch pushed the narrative tension higher using harsh noise. Then Branch shifted to pulsating booms that gave way to wet sounds, like water dropping into a giant pool. She followed with deliberate trumpet lines that contrasted Nazary’s hectic beats. Branch then evolved her trumpet playing into fiery bursts that tipped the escalating peaks of sound. At times it made it difficult for me not to spontaneously break into dance (not that my moves would have done the music justice). Eventually it all dissolved yet again, this time into choppy waves atop a turbulent, deep blue sea, with the foreboding sound of a siren in the background. Growing again towards another high point, Branch’s biting trumpet pushed it over the top. Then, receding, the duo featured somber trumpet over frantic repetitive beats to the conclusion.

Throughout the set, the band built up to a sonic peak and then, often rather suddenly, let it all dissolve and then returned to building towards a subsequent climax. The real-time decisions by both players were extraordinary in that they were both present in the moment, but also acted with the kind of deliberation and confidence that came from having played numerous times together. This is one of the most effective integrations of electronics into improvised music that I have seen in recent times: effective in that sound made from human breath did not seem at odds with machine-made sound and that both musicians worked with such anticipation of the other that it was ecstatic to watch from the audience.

Anteloper were preceded by the solo debut performance by saxophonist James Brandon Lewis and were followed by the New York record release by Luke Stewart and Warren “Trae” Crudup III’s new band Blacks’ Myths. Both sets made their own artistic statements.