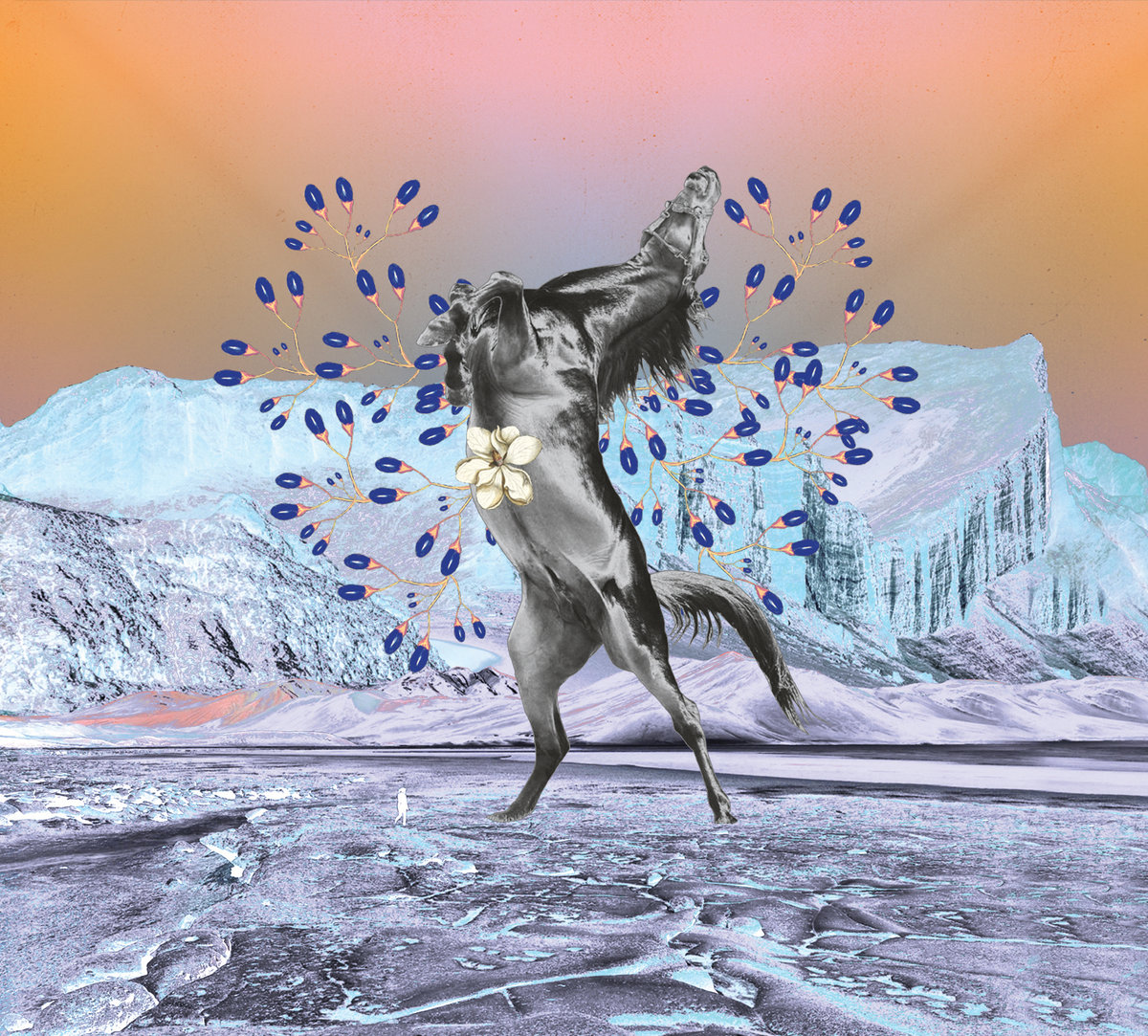 Cábala tells the story of two horses, one that runs to be wild, free, and limitless, and the other who is old and dying but is calm because he knows he will be joining the earth. Although written in the description of this record, it is clear through the two pieces that Artaud, the Peruvian group, are very much driven by the emotional journey described by the stories. The instrumentation throughout the record, allows for a range of expressive playing. Artaud is made up by Erick Baltodano (guitar and theremin), Teté Leguía (bass), Martin Escalante (saxophone), Israel Tenor (drums and machete), and Juan Francisco Ortega (keyboard).

The first track narrates the story of Cábala, the horse wanting to run free. We immediately get thrown into the record with a fast paced and heavily layered introduction. While the overall feeling is uncontrollable, wild, and free, it does not feel overwhelming, yet. The twenty- minute piece does not only reflect the adventure that this young horse is taking. As we move along through the piece there are multiple shifts in tone. About seven minutes in, the track slows down and fills the space with more textures than anything. There is another change four minutes later, that pushes the tone from uncertainty to overwhelming, filling the space with harsh sounds that continue as the tempo picks up again. There is a full arc in these twenty minutes from Cábala running feel, meeting unexpected circumstances, and finding a new destination that ends in a gradual acceptance.

Immediately, the second piece, “Réplica” begins, with no break or pause in between tracks. The record, while separated into two separate pieces, has a larger narrative of life in general – beginning with the young horse who wants to be free and limitless to the old and wise horse understanding the cycle of life. At just about seven-minutes long, “Réplica” opens to the scene we leave off at at the end of “Cábala,” in a new, peaceful, and serene place. Even as the piece tone gradually grows darker, with sounds of thunder and lightning, the rhythm keeps us going. There is an understanding in this piece that there is a destination, in this case the horse understands that it will die and that will result in him joining the earth. As the track comes to a close, it is as if the skies clear up again and the peaceful sounds of nature come back to close the record.

Cábala follows the stories of these two horses, but their emotional journey can be one that feels familiar. The emotions that are expressed in the two tracks are ones that people can feel daily – longing to have some freedom, exploration of self, and understanding. In a record like this, the focus is placed solely on the atmosphere the group is creating together, and through these two pieces they are describing the emotions of two very distinct and important moments of life.