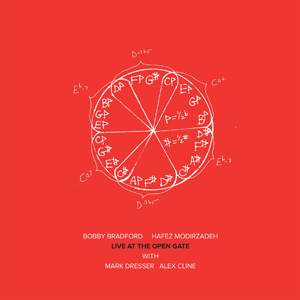 Amid the structural redefinition of jazz music, which is continually ongoing and, as of late, has placed an emphasis on the merger between free improvisation, arch composition and pulsative, rock-based rhythms, there is still much conversation to be had on the relevance of tradition. Musicians are still reckoning with the world opened up by Ornette Coleman, an alto saxophonist (later violinist and trumpeter) and composer whose 1959 stand at New York’s Five Spot and subsequent LPs took the music world by storm. It wasn’t just that he influenced peers in jazz, but classical figures like Gunther Schuller and Leonard Bernstein, rock musicians like Lou Reed, also trading ideas with musicians from India and the Middle East (i.e., the Master Musicians of Jojouka). Coleman was still investigating until his passing in 2015 at age 85, and while a number of his later collaborators are still creating, only one of his early musical partners remains and is active: cornetist Bobby Bradford.

Bradford, who approaches his horn with a warm and incisive approach reminiscent of Clifford Brown and Kenny Dorham, met Coleman as a teenager in Texas and was in his bands off and on in the 1950s and early 1960s — coincidentally, during periods when the saxophonist wasn’t getting much work. Bradford permanently settled in the Los Angeles area in the mid-60s where he soon struck up a relationship with reedist John Carter (1929-1991), like Coleman another Texas searcher. Though L.A. is a far-flung environment for making music (indeed, one of Bradford’s LPs is titled Lost in L.A.) he’s continued to soldier on, often working with Norwegian reedist Frode Gjerstad. Live at the Open Gate catches Bradford back in Southern California with a high-octane west coast quartet featuring altoist Hafez Modirzadeh, bassist Mark Dresser and percussionist Alex Cline, charging across a program of eight original tunes. Modirzadeh is an ethnomusicologist and theorist, but his bitter and dry, vocal alto lines certainly evoke Coleman (with whom he performed in 2009), Byron Allen and Sonny Simmons, reaching into bluesy cavalcades in conference with Bradford’s rustic, fat shimmy and the stone-skipping interventions of Cline and Dresser on “Facet 5” and ululating against a socking lope on “Facet 17.” The bassist’s “For Bradford” rustles around a vamp before kicking into an airy high gear, off of which the cornetist spins tales and rejoinders, eventually vocalizing aside light alto curls on the brief lovers’ duet “HA^BB.” A dour keen pervades the following aptly-titled hymn “Song for the Unsung” and indeed, Bradford and Modirzadeh expertly present the burnished cry of a lived-in music.