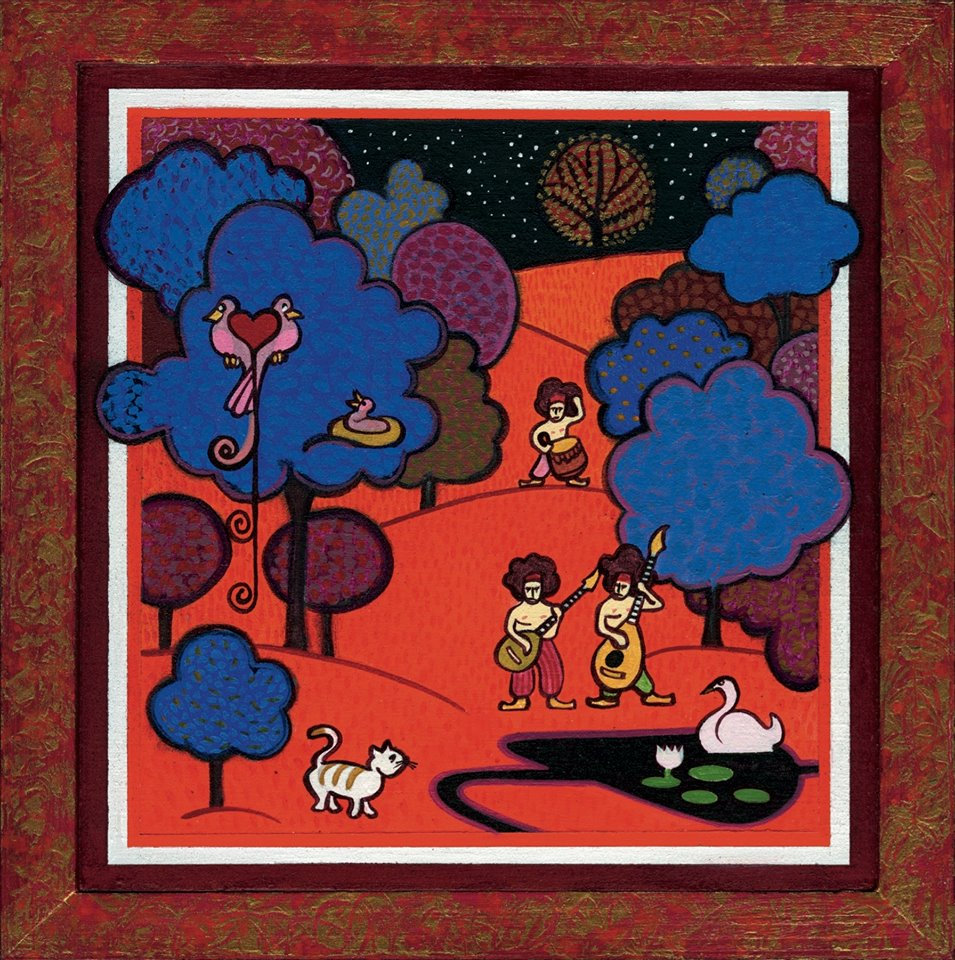 Finnish art rock ensemble Can Can Heads have been catching wreck since the early 90s, taking up the noisy, oddly-timed gauntlet thrown down by art-minded Punks like The Ex, Minutemen and Avant-Rock pioneer Captain Beefheart. The reissue of their 2014 album Butter Life finds the veteran band continuing to delve deeply into this aesthetic, each song a deft fusion of Punk and Noise elements, each coming in short gusts of fury.

From the outset, Butter Life opens as a violent, explosive listen. “Alive with Fiery Breath” taps the kind of ecstatic, bat shit energy of New York’s infamous No Wave bands. Mashing together Hardcore Punk with a chaotic splattering of improvised sax, “Alive…” opens the proceedings with an appropriately irrational outburst. Much of the music on Butter Life is challenging and experimental, the guitars are gnarly and distorted and the band almost never plays in a strict 4/4 time. Despite the harsh and seemingly inaccessible character of the music, there is much here that is catchy, fun and bursting with personality. The track “Anti-Locomotive” turns 90s mall rock and pop-punk on its head, infusing its catching bass guitar hook with tricky time changing sections. The resulting sound is not unlike imagining what MxPx or The Offspring would sound like if they’d grown up taking rhythmic notes from the British Prog Rockers, GONG. The charmingly nonsensical “Breakadiscodance” recalls the manic energy of Hardcore, Black Flag and Albert Ayler thrown together in a blender.

Much of Can Can Heads’ take on heavy guitar rock melds improvised experimentation with a decidedly quirky, almost mocking exploration of conventional rock tropes. “Too Numb to Step” is a droning, jumbled take on the bluesy 60’s guitar rock of Steppenwolf, Blue Cheer. Anchored by Janne Mäki-Turja’s propulsive drumming and wailing through a wall of fuzzy distortion, the sound feels like a grainy copy of Easy Rider being projected from some acid-fried alternate universe. “The Pee Party” takes its eerie, heavy swagger directly from the Tommy Iommi school of smoky riff rock. Throughout Butter Life, the strength lies in the band’s creative use of
traditional rock n’ roll instrumentation and its ability to mashup seemingly irreconcilable strains of popular and experimental forms. Whenever vocals do appear, they are fleeting and often obscured. Despite this, the album is packed with interesting, challenging ideas interspersed with moments of knowing levity, a sly wink behind the indignant middle finger.