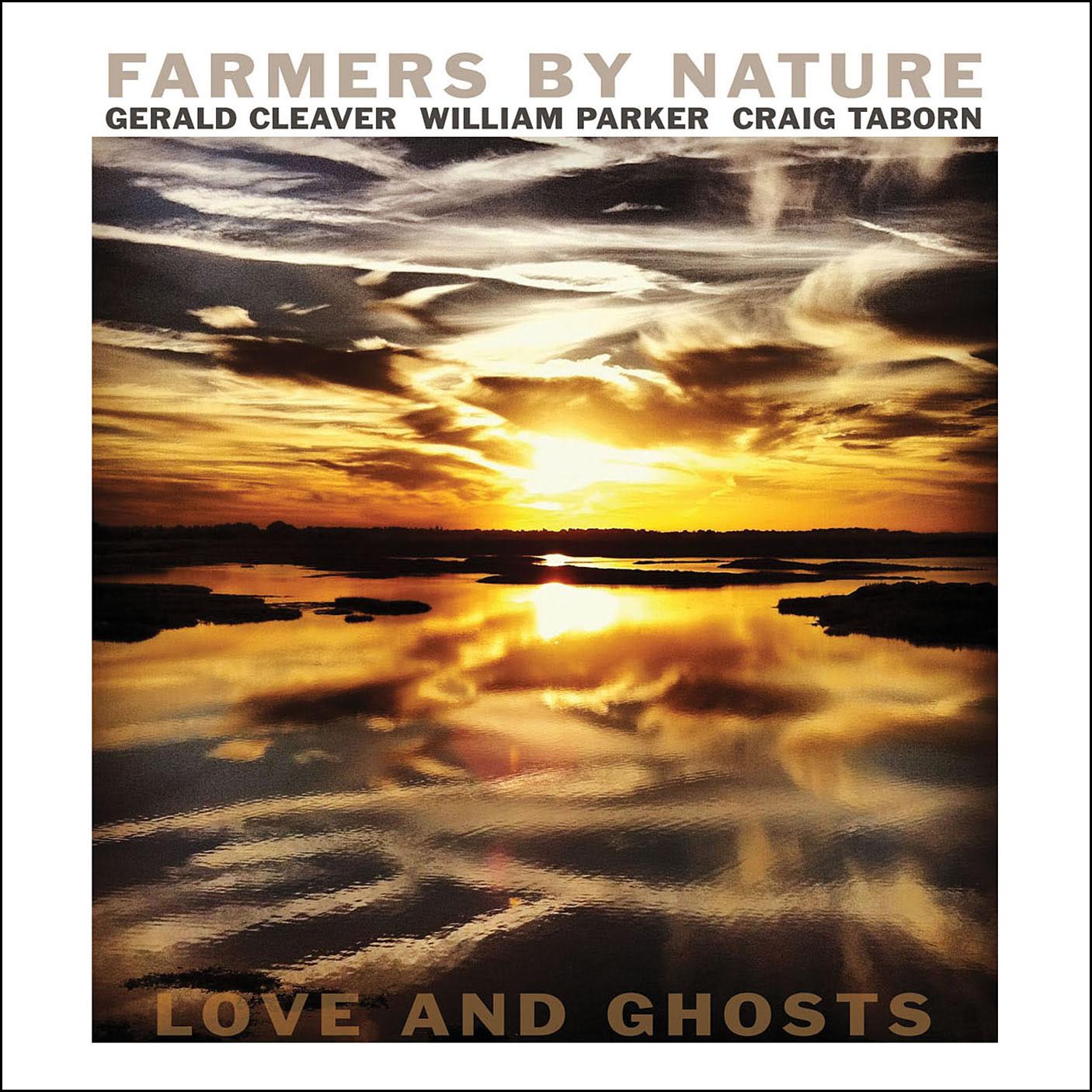 A double live album of music from the band Farmers by Nature (Gerald Cleaver, Craig Taborn, William Parker) is a daunting affair, especially if you’re familiar with any of these musicians or the trio’s previous recordings.  It would be so easy for these seasoned players to “call it in” with tropes so familiar to free music but everything feels fresh and exciting here. It is such a wealth, variety and duration of music it would be hard to detail it play-by-play.  The sensitivity, skill and fluidity of these three musicians is remarkable.  The gestures and expression ranges from the most bombastic and dense clusters of sound, frenzied fire music, and fractured grooves to the fine textural details of arco whispers, the parched rubbings of palms, rhythmic finger cracks, the delicate raking of wires, hushed voice–all of it sublimely arresting.

Each disc represents a separate live performance, each with completely different narrative arcs and development.

The Marseille concert immediately begins at forte and then drops quickly after some sawed arco bass.  The Intensity from which this show begins seems to stew and simmer below the surface while the work is developed into a tumult that collapses back into space.  A vital heartbeat emerges.  Aeolian breath.  Fundamental tones seem to echo into the depths of the earth.  Stems crack against the arid silence.  The heartbeats become steps towards a new landscape.. dense overgrowth.. the buzzing of insects.. arriving at a clearing where the bass sings with delicate keyboard echos that builds into a towering monolith of pure sound.  The journey continues with a fragmented pulse of gathered jazz parlance into agitated dense conversations that wax and wane until the inevitable collapse from the sheer volume of energy exerted. The land from which these farmers work is vast and varied.

The Bescancon concert begins in a way that is completely antithetical to the previous concert.  A delicate dawn arises over this boundless topography.  Murmurs of first light on the blackened plains.  The stillness of the majestic sunrise, the aggregate of a lonely chord, pluck or metallic note that quickly decays into space.  Constantly planting seeds … reaping vast sonic scapes … pulsating vamps that unravel into skittering flourishes, towering dynamic vertical structures that then collapse to horizontal horizons to establish fertile soil for another construction to arise in the midst of hostile elements that threaten to usurp the balance of these fragile formations.  All of it conspiring to the alchemy of sound healing, in the tone world, stimulating the organism into the vital dance of animation until the day reaches twilight, all of the players articulating into the greater expanse of space and their well-deserved applause.