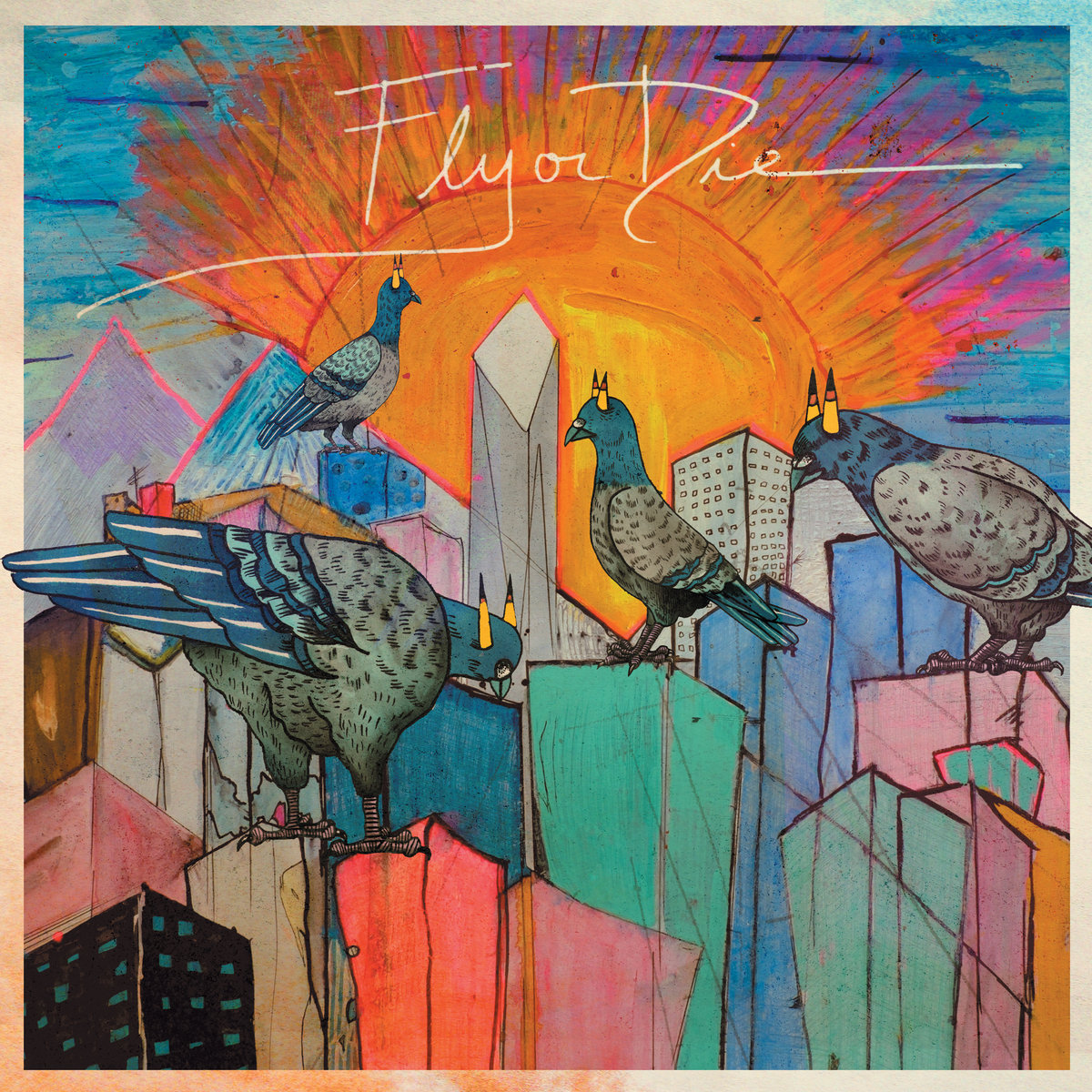 Jaimie Branch’s Fly or Die, released in May, has been on repeat for the past few hours (it still echoes through the speakers in front of me, competing with the sound of computer keys). I was bombarded with color immediately after the first track’s opening. Branch works with Tomeka Reid (cello), Jason Ajemian (bass), and Chad Taylor (drums), with cameos by Ben Lamar Gay and Josh Berman (cornet) and Matt Schneider (guitar). Taylor provides an exuberant backdrop to the movements and progression of Branch’s trumpet. “Theme 002” begins with a colorful vibrancy following the onset of string work. The trumpet hits a great range of high and low notes, like Branch is hitting new sounds and creating something we cannot anticipate. Fresh bursts of color explode with the trumpet.

Branch’s sound splashes like paint being thrown and smeared onto a surface. The trumpet embraces us warmly, creating images of burnt orange and deep red when my eyes shut and I can only hear. It spreads out and covers the space she has chosen to fill. Throughout this album, I saw her “painting” wildly, until the track slows and we must take a step back with her. Cobalt and bright blues; short breaths on the trumpet interrupt our concentration as we stare at her creation. Part of this experience is our ability to feel just how much of herself Branch has put into her art. I noticed that “Theme 002” and “Meanwhile” almost melt together. I did not know where the first track ended and the next began, unless I was watching the time progress on a screen. If you listen to the album straight-through, there is a kind of continuity present, as each track leads seamlessly into the next. The album’s progression and subtle breaks are constant and fluid. The first few notes of “Leaves of Glass” break through and repeat until the track gets heavier and ominous. The rising pressure becomes aggravated with repetition and explodes. We hear the sound break apart; instruments repelling each other as each one creates its own place within the track. At the track’s conclusion, I felt a fragmentation; like the sound had risen, fallen, and now lay still and broken on the ground. One might speculate whether Branch pays homage to Whitman’s Leaves of Grass. There is an incredible parallel between the poem’s connection to the self and to the larger world, and the album’s vitality. Both are alive and aware of the life around them. Like Whitman’s writing, there is an enthusiasm and sacredness present in the album.

“The Storm” is telling in its title. This track is in notable turmoil, something is angry and heavy – and the trumpet plays against it. This creates an environment of disruption, until the energy becomes still like the aftermath of an aggressive rainstorm. We still feel the pressure of such a storm, but there is momentary peace at its end. The next track is “Waltzer”, and I am most attracted to the sonic movements which occur after 2:15. The track changes direction slightly, as sound spills, trumpet radiating until it breaks again. The title track follows and speaks with violence and passion. This lasts for less than a minute, bringing us to “Theme Nothing”, commanding us with vigor and strength. The final track, “Back at the Ranch” opens with a voice, floating smoothly over us, dripping with sensuality. The strings produce a sound similar to a Spanish guitar, and Fly or Die concludes with one hot, final note. Something has started, and then ended in our presence, and we are left to feel its charge in the air.