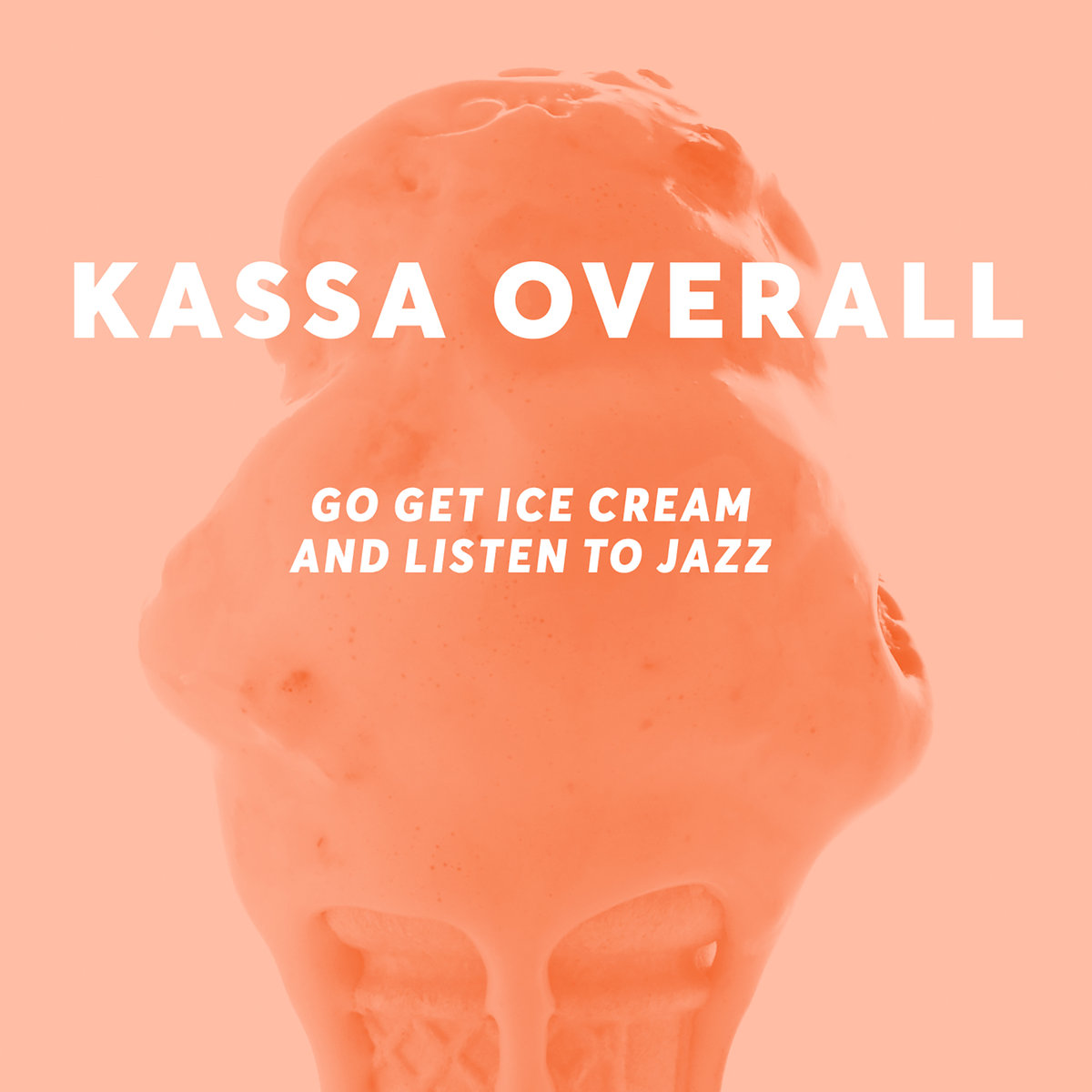 Since its earliest days on record, Hip Hop has not only taken inspiration from Jazz via sampling, it has quite literally plucked at its musical body, carrying aspects of Jazz’s DNA into the future. More recently, Jazz musicians have become adept at referencing the rhythmic tension as well as the stylistic and textural breadth that makes Hip Hop unique. Over time, the union between these two related art forms has become more natural as more Jazz musicians have grown up under Hip Hop as the predominant cultural zeitgeist. NYC-based drummer, producer and MC Kassa Overall is one such musician and his debut album as a leader illustrates his ability to not simply move between these two worlds, but synthesize them into a unique whole.

The album opens with “The Sky Diver,” a steadily building piece that sets an anticipatory mood. The tune’s liquid, gliding, Arp-like synths, are grounded by a wobbly EDM bass while full-bodied kicks and ride cymbal hold the rhythm. Pianist Mike King’s solo comes in like a wrecking ball, shooting up the club with rapid fire clusters and melodic ideas that exit almost as soon as they appear.

“La Casa Azul” features the gorgeous playing of the late Roy Hargrove. Hargrove’s trumpet contrasts dramatically with the sustain organ chords painting a summery feeling of deep Black nostalgia not unlike the feeling evoked by early Spike Lee films like Crooklyn. Before long, Overall drops in with a verse reminiscent of the kind of laid back, cooly surrealistic gems that Digable Planets kicked throughout their seminal album Blowout Comb.

“Standing on the square I found you. Circling piranhas, fear became folly. Sweat in a utopian sauna… “

“My Friend” is a delightful curveball. With its skittering drums, chopped up piano samples and blissfully dubbed-out vocals from guest Arto Lindsay, the tune would not feel out of place on the former DNA frontman’s 1996 avant-pop classic Mondo Civilizado. Opening with a tense but graceful string accompaniment, “Prison and Pharmaceuticals” opens with the album’s strongest lyrical performances: “Show up in stage like ‘what’s the commotion?’ Where my ancestors in the Indian Ocean?” before asking (and answering) the impossibly loaded question, “What’s the best stocks? Prison and Pharmaceuticals.” The beat drops and suddenly we’re in the midst of a nimbly deconstructed version of Bob James’ Hip Hop sample classic “Nautilus.”

Strong tracks like “Do You Feel” and the bittersweet relationship ode “What’s New with You,” Go Get Ice Cream and Listen to Jazz gives a look into Kassa Overall’s incredible feel for imaginative production and arrangement. Revolving around a laid back but engaging approach to MCing let loose within a maze of compositional twists and turns, the record is not really a Hip Hop-Jazz record or even Jazz inflected Hip Hop. The whole is something else altogether, different than the parts that live within it.