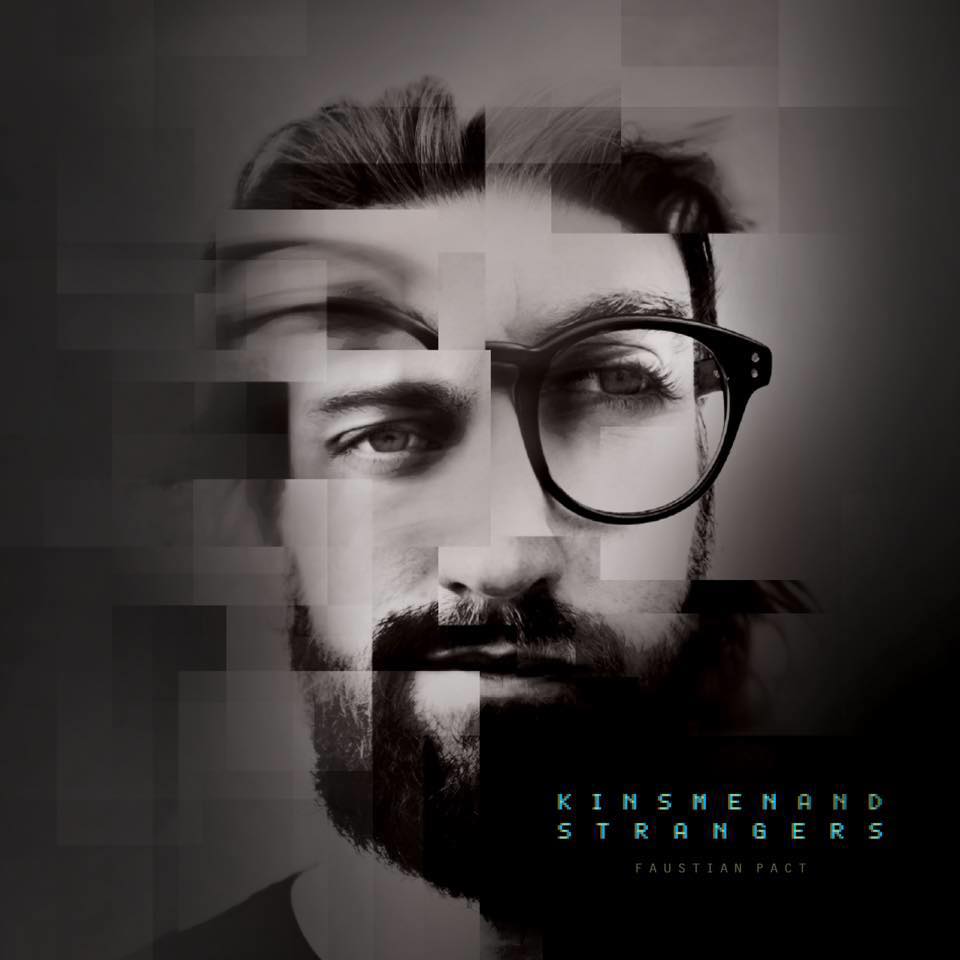 A brilliant example of an album that conveys the strength of the musicians playing, Faustian Pact by Kinsmen and Strangers is one record that I could continue to listen to throughout the day at any moment. Consisting of Jon Crompton on alto saxophone, James Wengrow on guitar, and Mike Alfieri on drums, the trio maintains a well-balanced sound through each piece. Each song contains a different tone but it is done in such a mindful manner that the album as a whole creates an arc of emotions for all of us who choose to listen and dive deeply into the music.

“Post-Then (Now),” the third track in the album, opens with a variety of textures from Alfieri with Crompton and Wengrow gradually coming in at about two minutes into the piece. While following Crompton through his melodic lines, the scene is set with the sounds of the percussive textures and the electric guitar creating a distinct dark and almost eerie tone to the entire piece.

The record continues with “Eureka, God Aliens!” which is high in energy and filled with abrupt melodic changes. From a heavy and almost chaotic build up to an abrupt pause to a slow otherworldly ending, the almost 6-minute piece feels like a full length story. In a piece such as this one, anyone can tell how connected the three members are to each others. Crompton, Wengrow, and Alfieri are able to maintain the powerful energy even through shocking changes in melody and rhythm.

On the other hand, “Wagnerisch,” has an almost calming effect with it’s slower and softer approach. Even through its gradual build ups, I can’t help but feel as though I’m sinking into in a deep and comfortable space. It becomes almost mesmerizing to hold onto the drawn out notes from the saxophone as the guitar and drums continue the elevate the music.

The other four songs on the record continue the same amount of spirit and energy through every movement and line. The tracks, whether written by Crompton, Wengrow, or Alfieri, all have an equally strong presence even though they present a variety of different tones and settings. The understanding that each member has for their instruments allows for a huge possibility in how to manipulate each sound for each designated tone and that is what makes me, as a listener, really dive in and embrace the music.