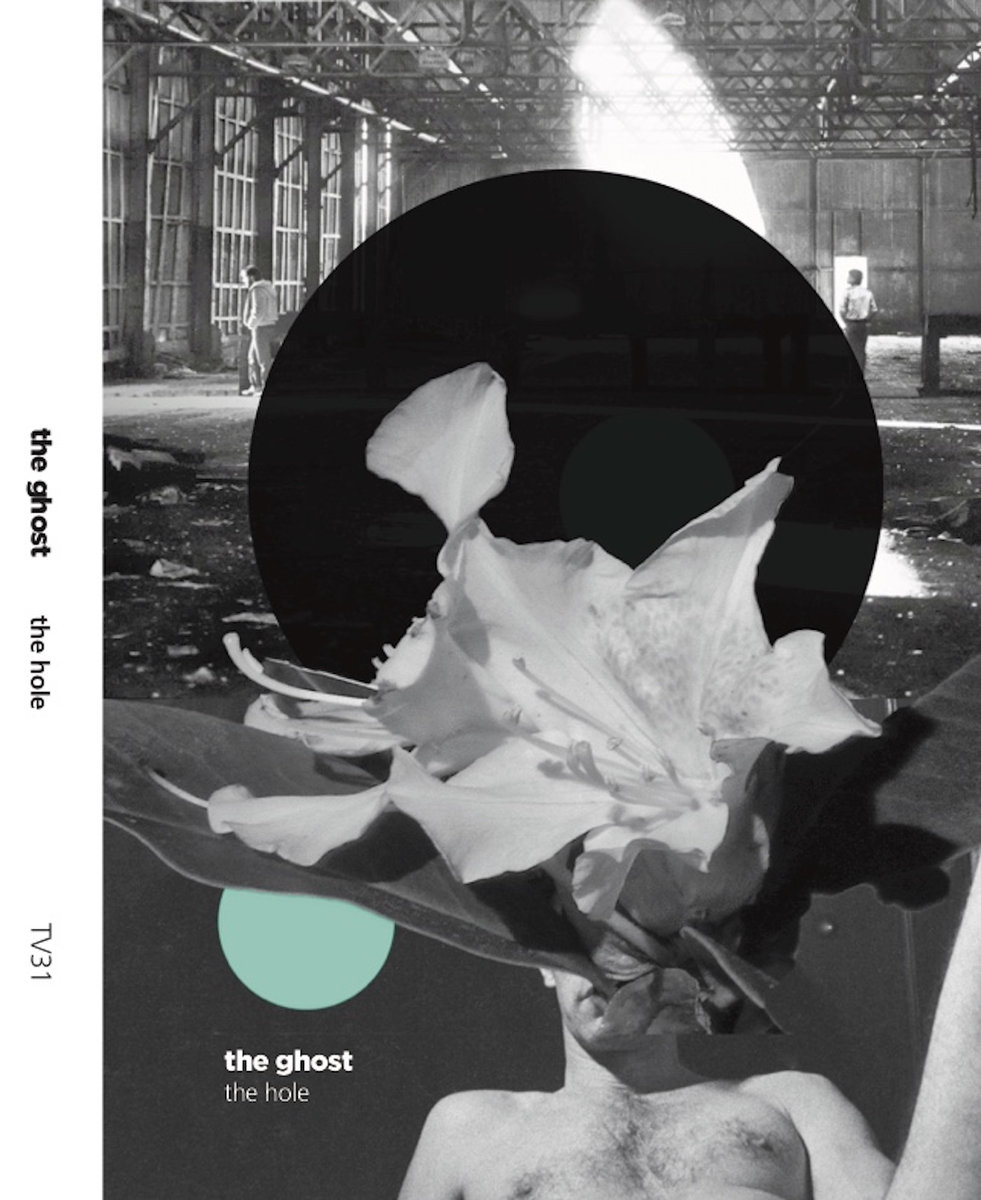 The Hole is the second recording of Michael Foster’s trio, The Ghost, with bassist Henry Fraser and drummer Connor Baker. If you listened to their previous recording, There’s Always A First Time For Everything, the playing on this project is much tighter. All three musicians mesh well together, making this an almost perfect trio. They seem to be having fun while they’re playing, making ample use of alternative means of expressing free jazz concepts.

The Hole begins with a series of tracks preceded by spoken words. That’s the pattern throughout this performance. Track 1, Intro, is a short radio broadcast discussing homosexuality. The band comes in, doing what they do – experimental music. An eerie sustained sound lingers throughout the background introducing “Certain Scars Appear.” Gradually, it mutates into a recognizable form, with the sounds of the instruments emerging accompanied by the subtle use of electronics. The emphasis is on noise. Vocals introduce “Apply Pleasure,” leading directly into a series of short explosive bursts of sporadic free jazz, coming at the audience in bits and pieces. This is interspersed with male vocals and the sound of slaps.

“Under The Teeth of Dogs, Or Upon the Wheel,” pushes in another direction. Henry Fraser adeptly does some creative soft bowing on the bass. Michael is mostly blowing into the horn but not really producing the full sound of his instrument. Gradually, Henry increases the volume which shapes the clay of this composition. He changes from smooth bowing to using a more jagged edge. Connor is already in the fray supporting the ongoing melee. Michael is playing although I wonder if he is using electronics on this track as well. The sonic experience of this track gets more interesting as the composition progresses. It’s staying in a particular place while Michael brings more fire on his horn. Connor is jumping in and out with short percussive bursts of energy. Michael is somewhat laid back during this improvisation, not to say backing offi, but he’s supporting what’s happening in the moment, returning to blowing the horn but not making the traditional horn sounds.

“No More Hangers,” starts with short vocals and then the band comes in strong, hitting the stage hard. This is clearly a unified effort by all three musicians. There’s no holding back as Michael is seemingly unleashing all of his inner demons. This piece maintains the energy until Connor’s well timed cymbal hit, ends the insanity. “Rub the Injured Limb,” Michael continues to work with airy sounds. Henry and Connor are right there with him, supporting this ingenious mayhem. The speaker on this track sounds like a minister preaching.

“In Such Mad Worships There is Peril,” continues from a previous track during this session. Henry can be heard rapidly bowing, starting with great intensity, but then introducing variation, thus, creating a fire of his own. Michael joins this unusual mixture, playing lightly on top like a boat floating on water, bearing his most melodic sounds on the record. Connor adds a primal feeling to the mix, having tuned his drums low, and has a style that is reminiscent of Milford Graves. While Connor continues this open ended drumming, Michael is right there with him. For a moment, there are spoken words thrown in the melting pot. At the nine minute mark, the magic of the music happens. The trio moves into a medium swing groove. Michael moves into the high register of his horn, making it his home, before coming back down to earth eventually to continue his musical explorations at a lower altitude. This continues for a while until Michael’s sudden, atonal harmonic attacks bring this album to an end.

Do follow Michael Foster’s The Ghost. They are a trio that is going to be doing interesting things in the days ahead. If you liked Michael Foster’s previous recording(s), you will most surely enjoy this one. Get The Hole, from Bandcamp now.