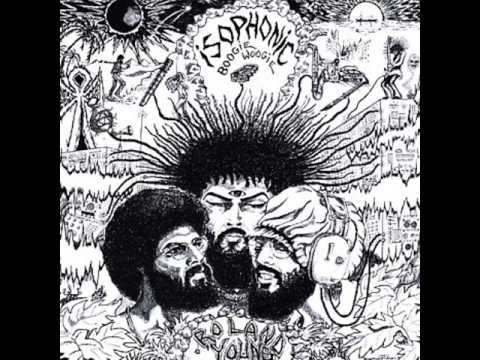 Bonds. We all have them, yet some are stronger than others. Then, there is the fascinating way that every generation sustains them and creates new bonds while exploring existing ones.

Since reviewing Patrick Shiroishi’s Tulean Dispatch in 2018, I’ve learned that he and I have quite a bit in common. Two of the main things that connect us are our dedication to heritage and lineage. We often think about and talk about and write about and perform about our ancestors, grandparents, and elders. However, I think that he has outdone himself this time around in regards to his exploration of his family’s history and political conflict.

Sparrow’s Tongue, for me, is the kind of album that I’ve dreamed of making but never had the courage. It places emphasis on how Shiroishi sees himself through an ancestral lens, but also how his ancestor’s painful endurance has shaped who he has become and his outlook on humanity.

The title is based off of my grandfather’s fifth book of tankas that he wrote. I asked my mother to pick five poems and had her read one per track. It was important for me that it was her that read the poetry and not me, to have that lineage. The music, although it’s not as intense as Tulean Dispatch to me, it still deals with the tension and times of the present. (Shiroishi, 2018)

If you’ve not listened to Tulean Dispatch, you should. Not only is it a great record, but it also gives you a bit more context when taking in Sparrow’s Tongue. While the former is a solo record, the latter uses an intimate balance of (what sounds like) home recordings meets field recordings meets a mother’s voice. And while the album works in layered sounds, it might take a few listens to really sort out exactly what is happening.

To give the listener a better idea in comparison, the closest album that I can think of that might contextualize what Shiroishi has put together is Roland Young’s 1980 masterpiece Isophonic Boogie Woogie. Both albums explore what I might call dual isolation (solo instruments using drones or other minimal sounds to thematically explore/ search). Along with drones, Shiroishi uses recordings of nature sounds and what I think are Buddhist ceremonies. While his technique of playing the saxophone is less intense than that of his previous effort, the results are still quite astounding. And with titles like…

… fam, this is some deep shit.

The music presented is emotional and requires the listener’s full attention. I first tried to listen to it on my day off a few weeks ago while running errands in the city. After what I felt was a failed attempt, I put it down and picked it back up a few days ago while lying in bed after another sleepless night. Though this record was made for his family, I felt a wave of energy that connected me to a source that allowed me to get out of bed with a sense of purpose; a feeling difficult to acquire when one lives with severe depression and anxiety.

Sparrow’s Tongue might be the most emotional release of 2018 in my humble opinion. It seems that young Patrick Shiroishi has been fortunate enough to absorb the past while simultaneously projecting positive energy into the future. I’m thankful that he has decided to share his gifts of family history, love, and pain with the world, for I truly believe that his work will give our collective existences more substance.