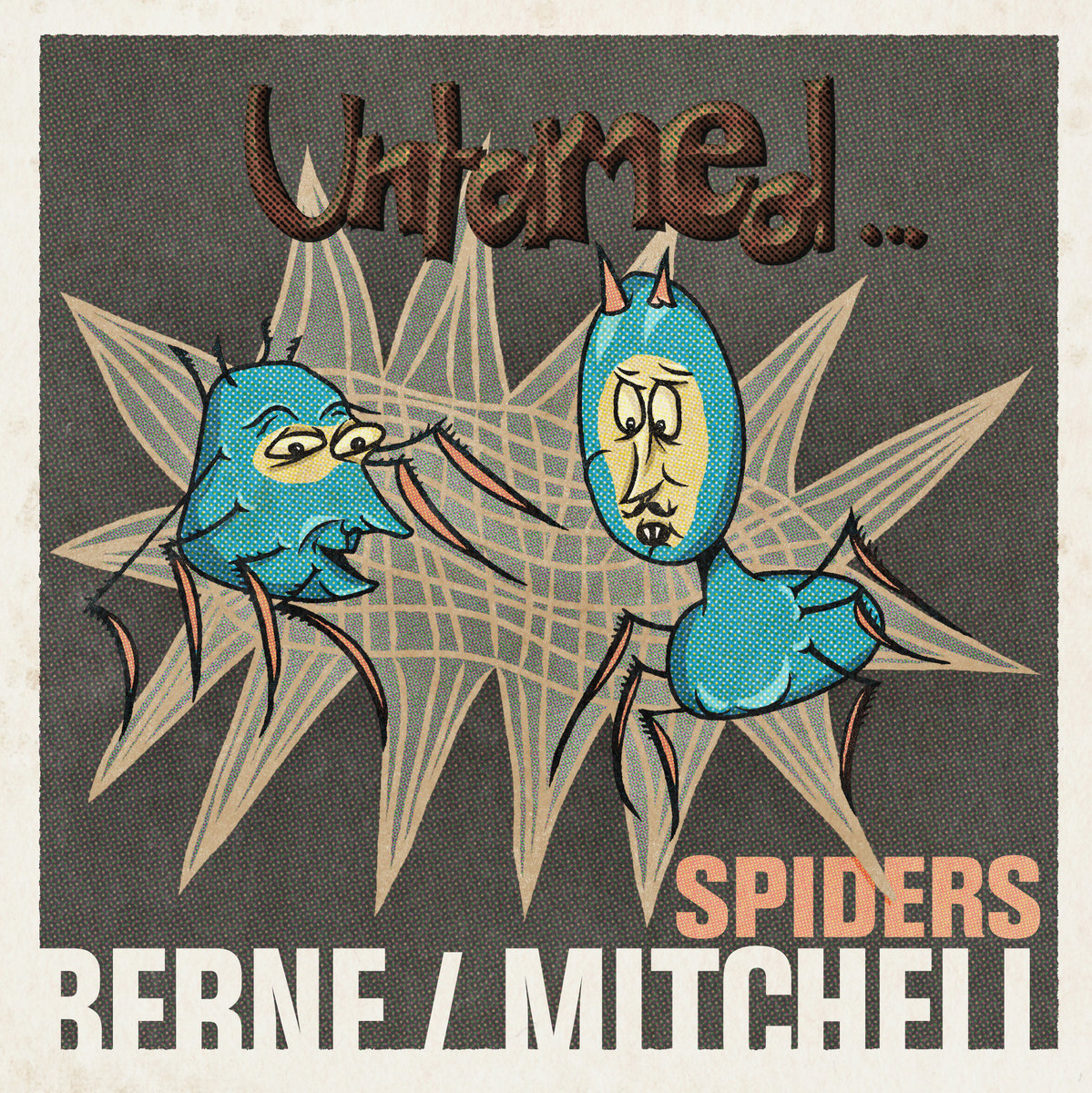 One of the things I’ve always admired about alto saxophonist Tim Berne is his ability to always seem ahead of the curve. I remember first checking out his early discography, hearing compositions that resembled things I may have heard from a group at I-Beam the night before, then checking the liner notes and realizing that Tim was playing what we’re all discovering now back in 1985. His duo with pianist Matt Mitchell has existed for a decade, serving as a format for both musicians’ maximalist instincts to be realized in a more intimate (though no less maximalist) setting. The duo’s previous recordings and performances have been typified by a fusion of Mitchell’s proclivity for intricate rhythmic counterpoint and Berne’s signature gnarled, M.C. Escher postbop lines.

Their most recent offering, 2020’s Spiders (Out Of Your Head), is by contrast a focused exploration of a small range of musical textures, less overtly metric, varying mostly by modulations in density and sudden snaps from improvised to composed material. All the tracks were composed by Berne, newly premiered at the February 2020 performance that served as the recording session. Berne’s unmistakable sound is supported by dense atonal torrents from Mitchell, a thousand shimmering colors that frequently cancel each other out to form a monochrome landscape. The opening track “Increminced” unfolds like a Webern miniature enlarged several times over, feeling more like a fixed object to be pored over than a continuous narrative. Though this feeling of atemporality can be viewed as one of Spiders’ strengths, the record really shines in the ways this texture is disrupted. The emergence in “Purdy” of a gradually constructed and subtly disintegrating D flat major tonality is a highlight of the track and record. Similar contrast is provided by the strong melody and colorful harmonization on “The Rose Charade.” On “Julius,” the album’s approximation of a ballad dedicated to Berne’s mentor Julius Hemphill, Berne’s simple and insistent phrases direct Mitchell’s churning chromatic current towards unexpected cadences, often late-Romantic in flavor. The closer “Seemly” is a classic Berne banger, a serpentine melody mostly rendered in unison with occasional acerbic stabs of harmony from Mitchell. It’s easy to imagine the final track being played by any one of Berne’s larger ensembles over the years, and it serves as a reminder of the composer’s fingerprints on much of the music made over the last few decades.

Spiders was released as part of Out Of Your Head’s Untamed series, a project whose goal is “to release high quality performances with a quicker turnaround than a traditional studio album.” The label’s press materials tout the record as having a higher production value than previous entries in the series, and I believe it. The sound is great, with enough clarity throughout the densest passages without sacrificing too much of the dirty, blurry, reverb-y room sound. I found it very easy on my second listen to mentally place myself as if at a live performance, and listening in this way greatly enhanced my enjoyment of the record. To me, Spiders feels more like a good concert than a good record; a specific set of parameters investigated in real time rather than a pristine construction with all the variables balanced and the fat trimmed. In this sense it is an important document of the messy kind of music-making endemic to New York, and serves as another worthy entry in Tim Berne’s DIY legacy.