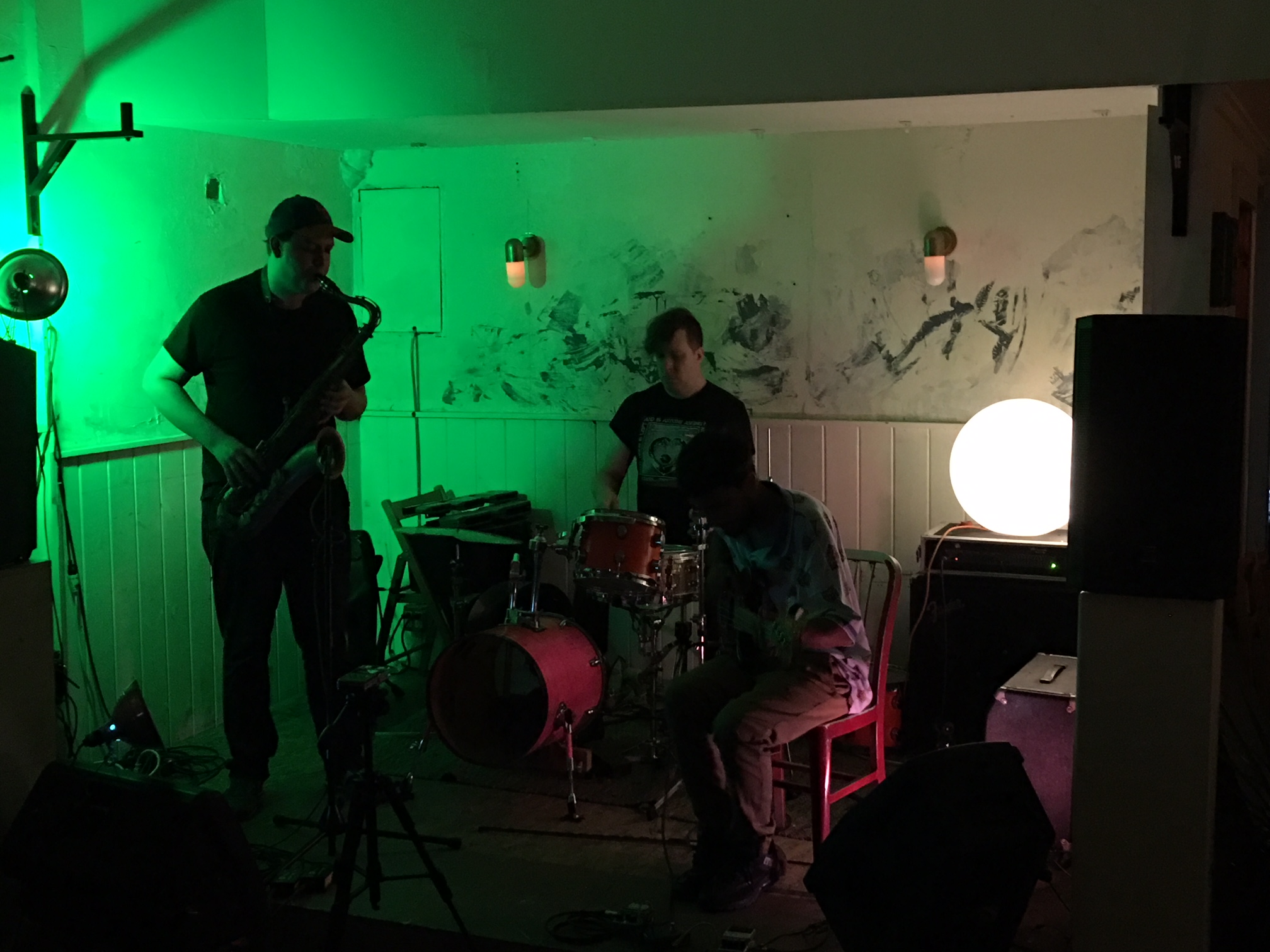 Colombian electric bassist, Carlos Quebrada, based in Buenos Aires, joined New York drummer Weasel Walter and saxophonist Sam Weinberg for an intense, visceral performance at Wonders of Nature on Wednesday, September 5. This trio presented a set of jagged-edged, high-energy improvised music that really pushed the boundaries. Saxophonic squeaks, rapid, percussive bass lines, and hard, dynamic drumming propelled this group through many twists and turns over the course of the set. At the base was Walter’s propulsive drumming, creating non-linear, irregularly shaped sonic structures from which Quebrada and Weinberg leaped, twisted, and refashioned, sometimes causing the whole structure to be transformed in the process.

Quebrada is a brilliant player and he spent much of the set building an undercurrent of dark sounds, like turbulent water rushing into a dry chasm, inundating everything that it touched. His work in the group was certainly as the glue that pulled on both drums and saxophone, sometimes creating ecstatic resistance, push and pull, within the group. Walter, an iconoclast in the music, displayed his genius via his relentless energy, his sense of unusual rhythms, of music that is not cut at 90 degree angles, shapes for which we have no names. Throughout the set, Walter kept the energy constantly moving, pushing, pushing. Weinberg moved between abrasive sounds, percussive squeaks, and brief drones, slyly shifting position or even switching sonic roles with Quebrada or Walter, at times, to augment a direction the group was exploring, or to play counter. Quebrada’s solo in the first set was a magnificent display of imagination with the instrument, running from high-paced finger work to sawing on the strings. In the later stages of the first extended piece, Walter used some well-placed cymbal to work the transitions.

The second, shorter improvisation had Quebrada bowing the electric bass and, at times, using the bow as a percussive tool. Walter pushed the tempo and Weinberg cut against the grain. Together they created an otherworldly howl of dissonant rage that grew louder and more aggressive as it went on. It peaked with each member of the band attacking the other sonically through fierce eruptions. On this night, if you needed to clear your head space, this band was the perfect remedy.