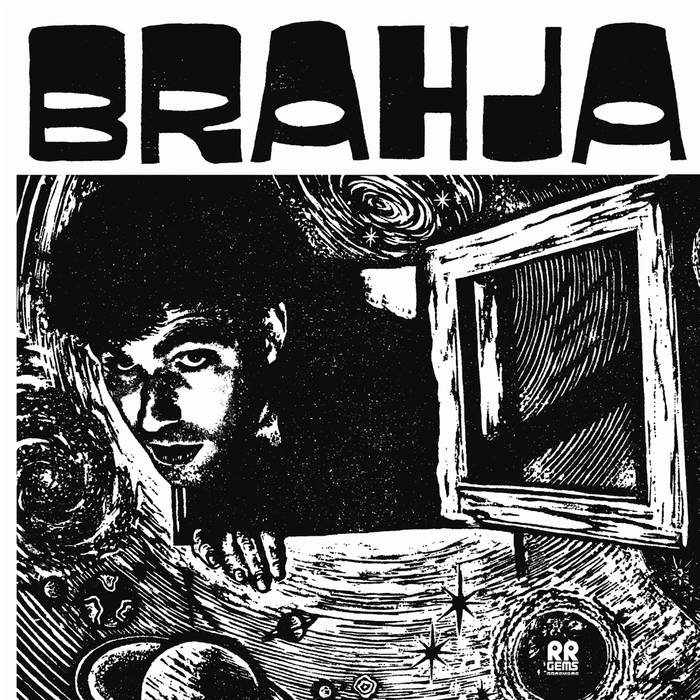 The more I listen to BRAHJA, the harder I find it to describe.

Its musical atmosphere is dark, mystical, and intricate, like a visionary ritual crossed with film noir. The band’s forces combine to form a tempered maximalism, recalling other masterpieces of jazz composition, ensemble playing, and production, such as Charles Mingus’ Black Saint and The Sinner Lady and Ornette Coleman’s Science Fiction. Its compositions seem straightforward at first, anchored by a consistent rhythm and chant-like repetitions by melodic figures. But BRAHJA’s easy-to-grasp core is surrounded by a disorienting soundscape composed of synthesizers, voices, processed guitars, percussion, and more, engulfing the listener without losing track of its concept.

This division between the musical core and periphery is reflected in the organization of the band, also called BRAHJA, whose core unit features saxophonist, composer, and producer Devin Brahja Waldman. The band includes Damon Shadrach Hankoff on piano, Isis Giraldo on synthesizer and voice, Martin Heslop on bass, and Daniel Gelinas on drums. There are also over a dozen “extended family” members, of whom Anais Maviel (voice and surdo), Daniel Carter (woodwinds and brass), Luke Stewart (bass guitar and effects), Sam Shalabi (guitar), and Margaret Morris (voice) feature on the record. BRAHJA has existed since 2008, displaying clear musical chemistry and a cohesive ensemble.

Waldman’s approach to the saxophone is also highly compelling. His sound is distinctive, channeling the open-throated, iridescent cascades of late Coltrane with the delicate, transparent tone of Jimmy Giuffre or Lee Konitz. This idiosyncratic blend affords Waldman a wide range of tones and textures, deployed deftly in his improvisation — intoning a ritualistic melody — and his contributions to the intricate sonic texture that ebbs and flows around the band.

Although Waldman has a central role as the architect of the project (his name and face is displayed on the album cover), BRAHJA is not merely a feature for Devin Brahja Waldman. Nor is it a typical “democratic” jazz record, where each band member gets a roughly equal share of the spotlight. In this music, there is no spotlight, only a deep cave (seemingly pitch black, but perhaps lit by some bioluminescent fungus once your eyes adjust) where everything blends together in the service of a singular concept. In Waldman’s words, “These songs mostly deal with the purging of uninvited darkness. Some kind of cure for some kind of poison. Some kind of death for some kind of renewal.” Everything about the record — the compositional approach, extended family ensemble concept, and unique production aesthetic — works to reinforce a clear and tangible feeling.

Whether you relate this feeling to a healing ritual, or simply a well-crafted auteur jazz expression, BRAHJA is a fascinating and unique record. It is well worth checking out repeatedly.