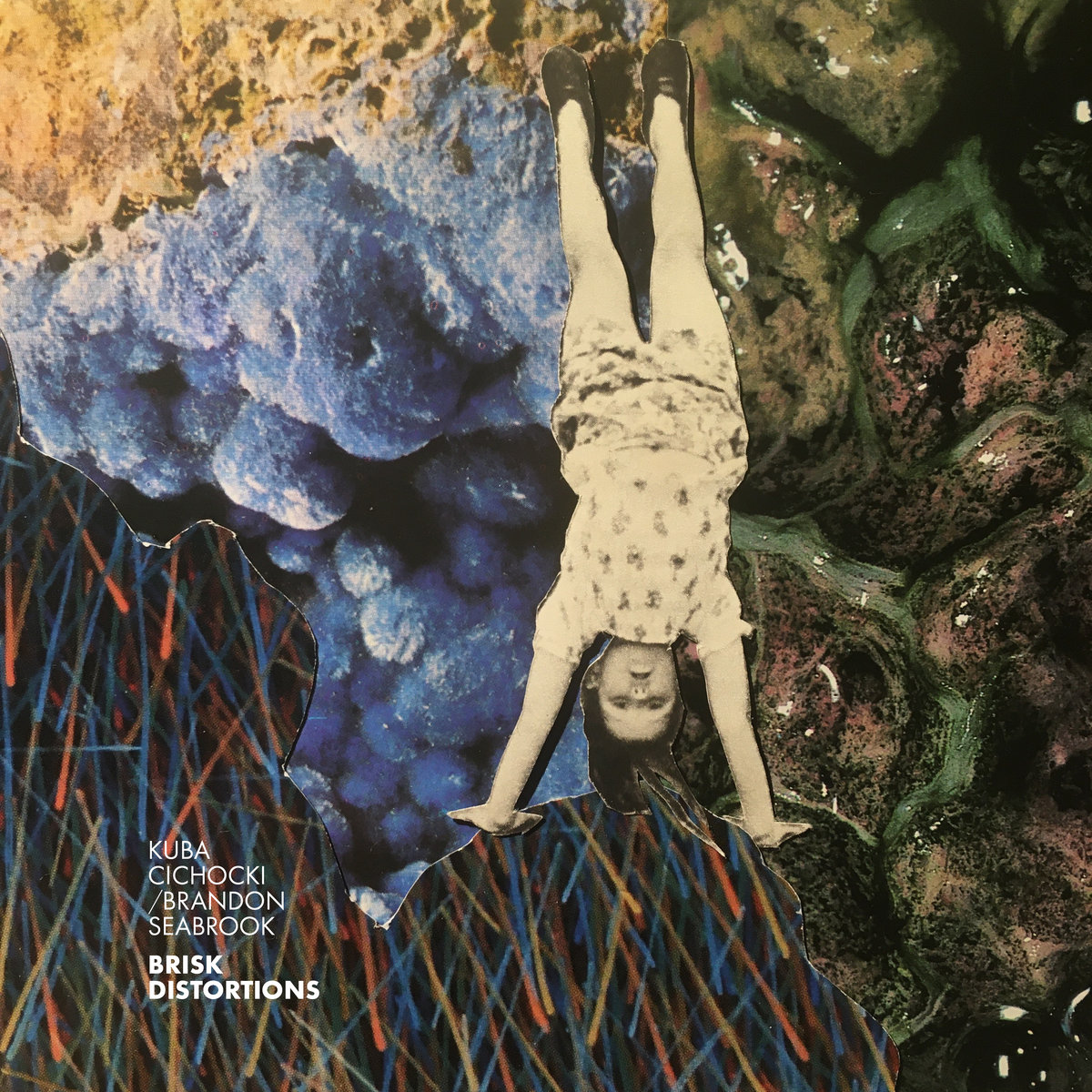 In improvised music, the smallest moments can make or break an entire piece. Whether a satisfying payoff that legitimizes a meandering, ponderous development or a slight misstep that shatters an immaculately constructed soundscape, a few seconds of music is often all it takes to define the listening experience as a whole. On the newly released Brisk Distortions by pianist Kuba Cichocki and guitarist Brandon Seabrook, the potency of the miniature gets the respect it deserves. Of its 21 tracks, only four exceed 3 minutes in length, and several clock in at under 60 seconds. When I saw the tracklist, I immediately expected a brutal barrage of quick explosions (with thoughts of grindcore plus notions of Seabrook’s manically virtuosic approach filling my head). While some tracks certainly fulfill this expectation (the Cichocki-penned compositions “Scribbles” and “Rays” come to mind), the record as a whole is quite balanced, with Seabrook often assuming a more atmospheric accompanying role.

The benefit of Brisk Distortions‘ approach is that each track is free to create its own small musical world, free from the forces of inertia typically acting on extended improvisations. That being said, the tracks share much of the same vocabulary (aggressive and sporadic shredding from Seabrook, and atonal gestural flurries punctuated by low stabs from Cichocki). Apart from a few gems that break this formula (I particularly liked the more restrained “Bubbles” and “Naptime,” as well as the aforementioned composed tracks), the bulk of the record has a tendency to bleed together when listening continuously. This perhaps exposes a weakness of the format; despite each miniature being given the chance to stand on its own, without the time to develop in unique ways, many of the tracks end up resembling each other (though I’m sure that after repeated listening more subtle differences would reveal themselves). With the exception of “Naptime,” none of the tracks fade in or out, suggesting that each track was performed and recorded separately rather than pulled from longer improvisations. If I had to guess at how the recording session went, I imagine Cichocki and Seabrook playing a series of intentionally short improvisations, stopping briefly between takes but not leaving their instruments or verbally strategizing the next piece. This assumption is based on the relative uniformity of the record’s sound – Seabrook uses effects sparingly, and there is no evidence of prepared piano or guitar – as well as the aforementioned similarities in many of the tracks.

None of this should be taken as a categorical criticism, as many of the same elements mentioned above also work in the record’s favor. It is clearly a cohesive document, a focused exploration of a particular idiom of guitar/piano improvisation rather than an assortment of random attempts to do something interesting. There is also an excitement to its rawness – you never know whether the next track will continue in the same vein as the last or make a detour through some wholly new territory. I also want to praise Cichocki’s writing; the three compositions, “Scribbles”, “Rays”, and “Breathe Out” speak to his ability to render a wide range of musical atmospheres, and all three are melodically, rhythmically, and formally engaging.