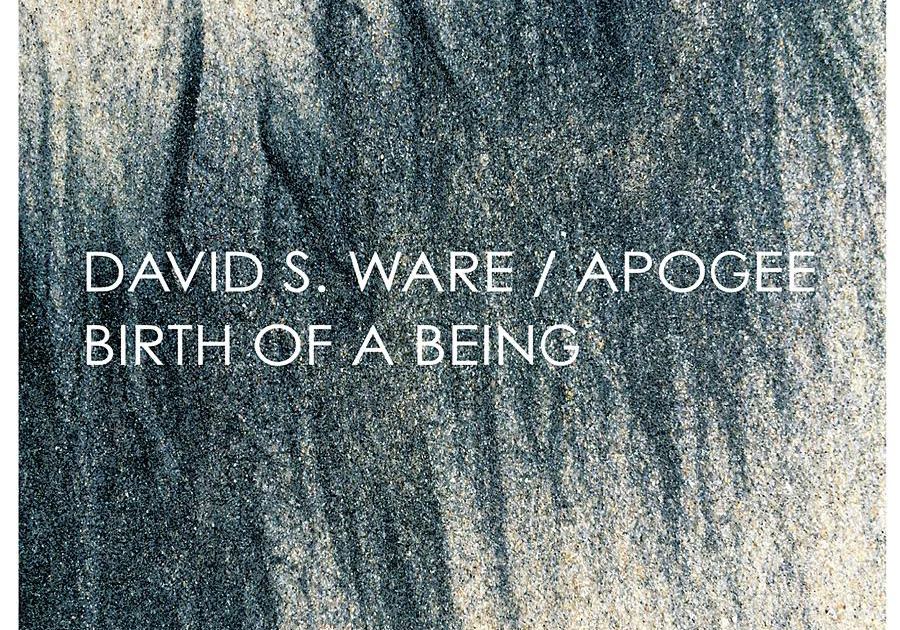 It’s mid-June, 2016. I’m in my 15-month-old child’s nursery and we are listening, both for the first time, to Birth of a Being, the 1977 debut of David S. Ware (in the collaborative trio Apogee with Cooper-Moore and Marc Edwards), exquisitely re-released and expanded by the AUM Fidelity label in 2015. Some things I want the reader to know right at the outset: (1) this is some of the most thrilling, ferocious, deep, and beautiful music I have heard in a long time; (2) as much as I love to write about music that excites me, I don’t know if the words that I know, placed in some specific order, can do this magnificent work any justice; and (3) none of the words I find will surprise those who are familiar with the genius of David S. Ware.

I am an improvising saxophonist, and at 40 years old, I confess coming very late to Ware’s work. On this first listen with my baby, Birth of a Being bypasses my critical thinking and hits me right down in my soul. I think it hits my son, Emiri, in his belly: he sings and laughs and dances along with it. It is operating on one of music’s fundamental planes: it is moving, and not in the figurative sense: it is literally difficult to keep still or silent to this music’s rolling and restless energy. As “Prayer,” the first track, draws to a close I realize that Ware may be the first saxophonist I have heard take the contributions of Albert Ayler and lay them as the foundation of a deeper spiritual search rather than co-opt, mock, or borrow from them. Similarly, the following track, “Thematic Womb,” demonstrates the trio’s deep study of and inspired developments upon the music of Cecil Taylor. The two works entitled ‘Primary Piece’ that round out the original release (and #2 in particular) reveal an approach to speed that harkens back to cutting session-fueled uppest-tempo bebop.

Now I’m listening for the 100th time a few months later. If a review is a recommendation, then I recommend this album without reservation. Birth of a Being is music for those who appreciate total commitment from the artists to whom they lend their ears and time. This is music for those who want no aesthetic compromises from their artists. It does not choose between spiritual and cerebral strains of the music known as free jazz. This music is Free because it does not grant allegiance to such square dichotomies. It insists on something holistic. It situates itself squarely in the tradition of Great Black Music, and though it does not sound like any other particular Great Black Music, in that unique tradition it sounds like all Great Black Music.

And it does what great music does – it transports the active listener – and it does that thoroughly. As the music plays, I am no longer in the mundane places where I listen to recorded music – my studio, my living room, my car, my now 18-month-old child’s bedroom – but in places that, like this re-release, are expanded: more colorful, constantly pulsing, like an apogee reaching toward and attaining the sky and simultaneously looking back from beyond the stars. Yes! Birth of a Being is rooted in the earth but strives inward, outward, upward, and continues to strive. It strives like John Coltrane’s music strives. I hear virtuosic technical command; I hear each musician’s personal voice, lending urgency to blazing instrumental technique; I hear compositional and improvisational genius displayed through formal and structural balance; I hear the darkness of night and the radiance of the sun; I hear the embodiment of stamina, ferocity, and, less frequently but no less profoundly, tenderness. The interplay between the musicians is dazzling. It demonstrates how the music known as free jazz illuminates a better world: every player shines and each plays a supporting role to the brilliance of their comrades.

On this debut as a leader, Ware, then in his late 20s, presents a fully formed concept on tenor saxophone. His sound is warm and deep and confident. His articulation is crisp and precise. His dynamic and tonal range is complete. Cooper-Moore’s piano playing is equally impressive. He weaves in and out of unity and contrast with Ware, grasping his gestures, anchoring them, launching them elsewhere, and often making me wonder at how only two hands can produce so much effortless sounding activity. Marc Edwards is most often a foil, a motor, an exclamation, every bit on fire as his partners. The three bring so much power and force to each successive phrase that the cumulative effect would be breathtaking if it didn’t, at least in my experience, and my young son’s, inspire a shout back. Yes!

Birth. What a welcome appearance, both the birth of this record and its rebirth on AUM Fidelity, for lovers of the music. I note, personally, that it first came into the world soon after my birth, and its rebirth appeared at an analogous time in my son’s life. Though I missed it until now, Emiri, my son, has had it in his ears, at what is still the birth of his listening life. It has and no doubt will continue to provide an expanded experience of the world, engendering a familiarity with uncompromising beauty.