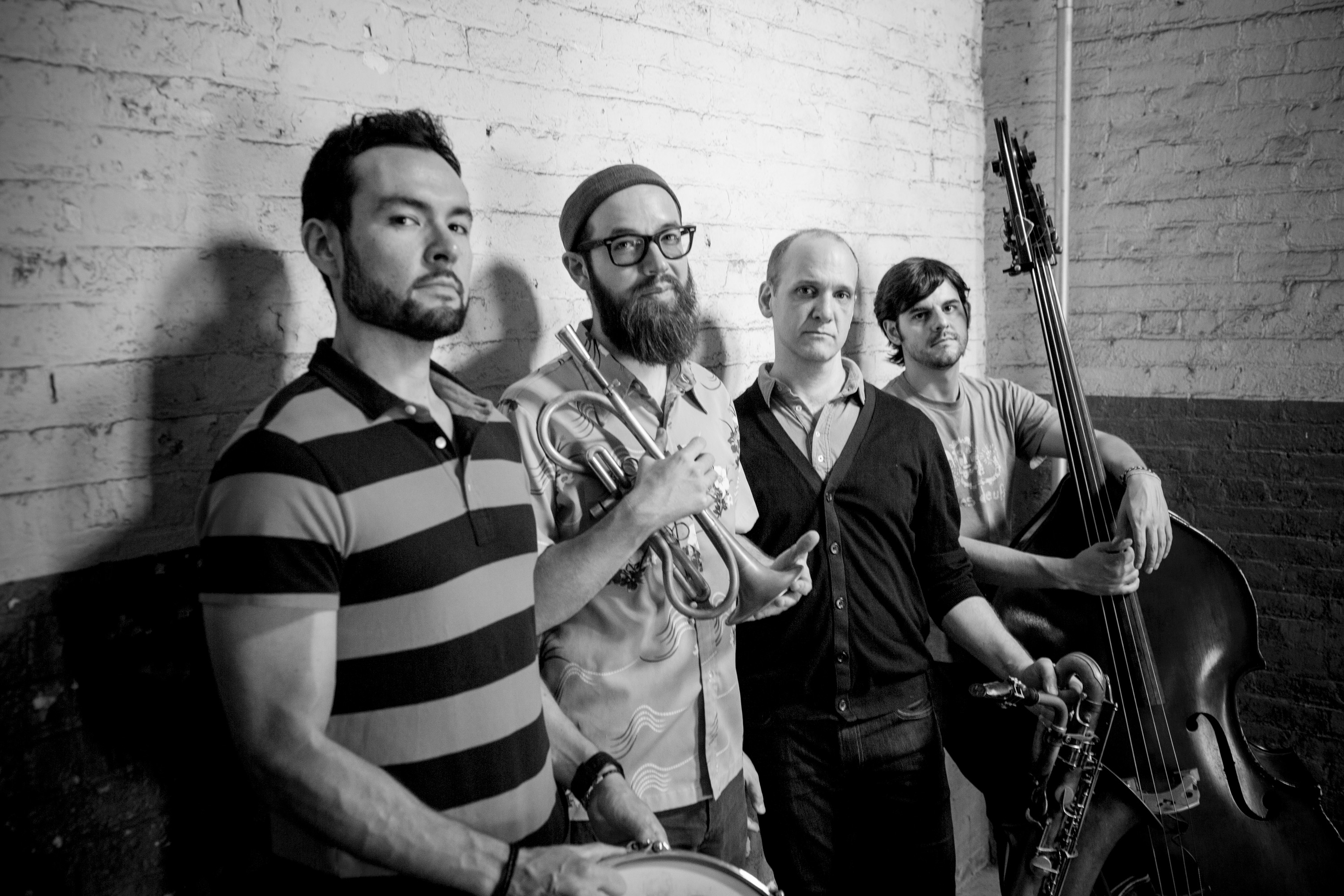 Ideal Bread is an innovative band with all sorts of new ideas. The group plays the music of Steve Lacy, but has none of the characteristics of a cover band–as leader Josh Sinton (baritone saxophone) stated, “this music came out of Lacy’s brain, went into my brain, and then back out again.” Sinton has a deep understanding of Lacy, not only from a period studying with the late soprano saxophonist at the New England Conservatory, but from listening and studying Lacy’s music intimately over the past decade. Sinton has accomplished something exceedingly difficult–being faithful to Lacy’s original intent with the pieces he has selected, while inhabiting these songs in a new way, giving them a freshness that situates them strikingly in our present moment.

Sinton was joined last Wednesday night with longtime band mates Kirk Knuffke (cornet) and Tomas Fujiwara (drums), as well as the relative newcomer Adam Hopkins (bass). Knuffke has been active on the New York scene since 2006, having released a number of albums under his own name, while working with a number of key figures of his generation and more established players. Knuffke brings a fresh and often subtle approach to his playing and is comfortable playing everything from standards in edgy post-bop settings to creative music that pushes the avant envelope. Fujiwara leads his own group, Tomas Fujiwara and the Hook Up, with which he has released two records. Hopkins arrived in New York more recently than the others, hailing from Baltimore, and has gotten increasing visibility on the present scene as a reliable sub in many contexts and has begun to lead his own groups.

I have had the opportunity to hear Ideal Bread play a half dozen times over the past year and a half, but the performance at Cornelia Street Cafe was their most impressive to date. The looseness that sometimes pervades contemporary creative music–from lack of opportunities to play regularly together and busy schedules that force players to take part in many groups simultaneously–was not evident here. Sinton is a perfectionist and has honed both his individual playing, innovative arranging, and the collective group dynamics, into something special. The musicians have a deep understanding both from bi-monthly practices and from time spent in the studio this past August, recording tracks for their forthcoming album, the band’s third record, to be released in May 2014.

The band opened with the “Precipitation Suite” that featured, crisp, precise playing by all members of the band that showcased Sinton’s approach: diffuse, distinct voices that flourish in their individualism while interacting at unexpected angles with each other. At times, the sound has a minimalist feel, while at others it possesses a raw intensity. There is also a refreshing lack of overly dense rhythmic muddle at the center of the band–Hopkins is quick and light-footed without overplaying–and Fujiwara handles the difficult drum parts, communicating with bass and horns with ease. “The Way,” another suite, this time with three parts, displayed these connections, and provided some of the best interaction between Sinton’s robust baritone saxophone sound and Knuffke’s edgy cornet playing.

The next tune, “The Owl” gave Knuffke his greatest exposure with an airy, yet crisp thoughtful solo. Later in the set, “Series of Blinks” opened things up for Fujiwara to solo. The penultimate piece, “The Wain,” is one of the band’s most striking numbers. Melodic dissonance revolved around a more structured bass that grounded the piece, while Fujiwara propelled the piece along with constant infusions of energy. The players proceeded with great patience, growing in a long crescendo towards conclusion. The final song finally gave Sinton room to solo, offering an eclectic foray augmented by adept use of space to highlight the contrast of sound and silence.

This band has developed a bold new sound. The element that is most stunning–perhaps shocking–is how the musicians relate to one another. Every time I have heard this band play, I have experienced something completely different. The players interact in a complex manner, constantly moving, advancing, retreating, feigning, never colliding, like a sonic show of capoeira martial artists. It takes the ear a little while to get used to the new sound–we may expect there to be something stationary, something known to allow us some complacence as listeners, but not here. Ideal Bread has tapped into a new dimension in shaping their music for the 21st century.