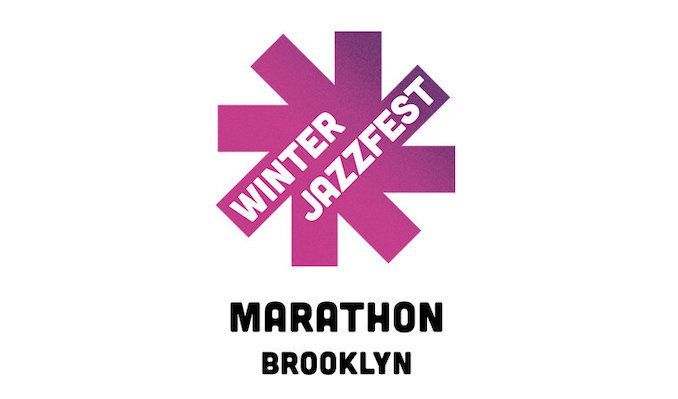 Winter Jazzfest Marathon finally comes to Brooklyn, as we all knew it eventually would. Not unlike the “Half-Marathon” added to last year’s schedule, this extended marathon date, a week after the melee of Jazzfest’s Manhattan-below-14th-street weekend, gives 8 hours of creative music options throughout several venues around North Brooklyn. The pared down number of venues and musicians certainly makes the night more manageable than previous marathons, but it’s not without difficulty – there’s too much worth seeing, and – since science continues to leave us without a way to be in two places at once – no way to see it all. The tricky element of timing and travel is still a hurtle should you attempt the feats of marathoning that these line-ups might tempt you toward. Be warned.

Ever committed to musical diversity, Winter Jazzfest Brooklyn has booked an array of musical talent that span genres. And this night more than others veers further and further from any definition of “jazz” – undoubtedly a purposeful move, though a little exhausting for those of us interested in jazz, whatever that means. There are as many arguments for what jazz is as there are ways of playing music, and Winter Jazzfest happily hosts the debate. A listener hoping for any one style may find it, but under and between heaps of the expected.

7:30PM – The Sultan Room (Bushwick): Jessica Pavone String Ensemble Pavone is an intriguing player in the Brooklyn avant garde scene, and her playing is always worth seeing. She leads a string group of violins and violas with Abby Swidle, Erica Dicker, and Angela Morris. Morris, who led one of the most cerebral sets of Winter Jazzfest so far, is known largely for saxophone, but will show her multi-instrumentalist cred on violin.

8:30PM – House of Yes (Bushwick): Mwenso & The Shakes One of the best parts of WJF is going outside what you know to experience something new. This large ensemble brings an organic funk sound reminiscent, dare I say, of the oh-so-beloved 1970s and, even, 1980s soul dance rock music. House of Yes is an iconic Bushwick venue, around the corner from The Sultan Room, so if you want to pick your spirit up and dance, you could fit this in and catch the end of Wayne Horvitz, or let the groove take you through the rest of your night and onto venues like Brooklyn Bowl and Music Hall of Williamsburg.

8:45PM – The Sultan Room (Bushwick): Wayne Horvitz / Sara Schoenbeck duo Bassoon an underrepresented instrument in any music, and its rare to see it outside of chamber music. While Wayne Horvitz has been a name to prick up the ears since he became prominent in what is called the downtown scene of New York in the 1980’s with Zorn’s Naked City, this duo will be less “Torture Garden” and more, you know, just garden?

10PM – The Sultan Room (Bushwick): Dan Weiss’ Starebaby with Craig Taborn, Matt Mitchell,Ben Monder, Trevor Dunn One of two “supergroups” of the avant garde scene playing tonight, Starebaby can be lovingly called strange, even in this scene. This is an electric band (featuring instruments like fender rhodes, modular synthesizers, Prophet 6, electric bass); it’s a heavy and dark, in a place between jazz and metal but elsewhere altogether. It’s a band that does not purport to be anything that fits into expectations associated with its players outside of excellence.

10:30PM – National Sawdust (Williamsburg): Sasha Berliner’s ‘Azalea’ with Kanoa Mendenhall, Chris McCarthy – keys, Jongkuk Kim, Morgan Guerin,Tippan Phasuk, Leonor Falcon Pasquali, Lucas Saur Is it strange to have two young rising star vibraphonists in one festival? Sasha Berliner and Joel Ross have that in common, but little else. Berliner may be as comfortable in jazz as in the “contemporary/new music” spheres, and the piece she’s presenting, “Azalea,” featuring support eclectic mix of jazz and classical instruments, is more of a expression of a personal journey and compositional goals.

Remember, there are no bad decisions, just bad people.