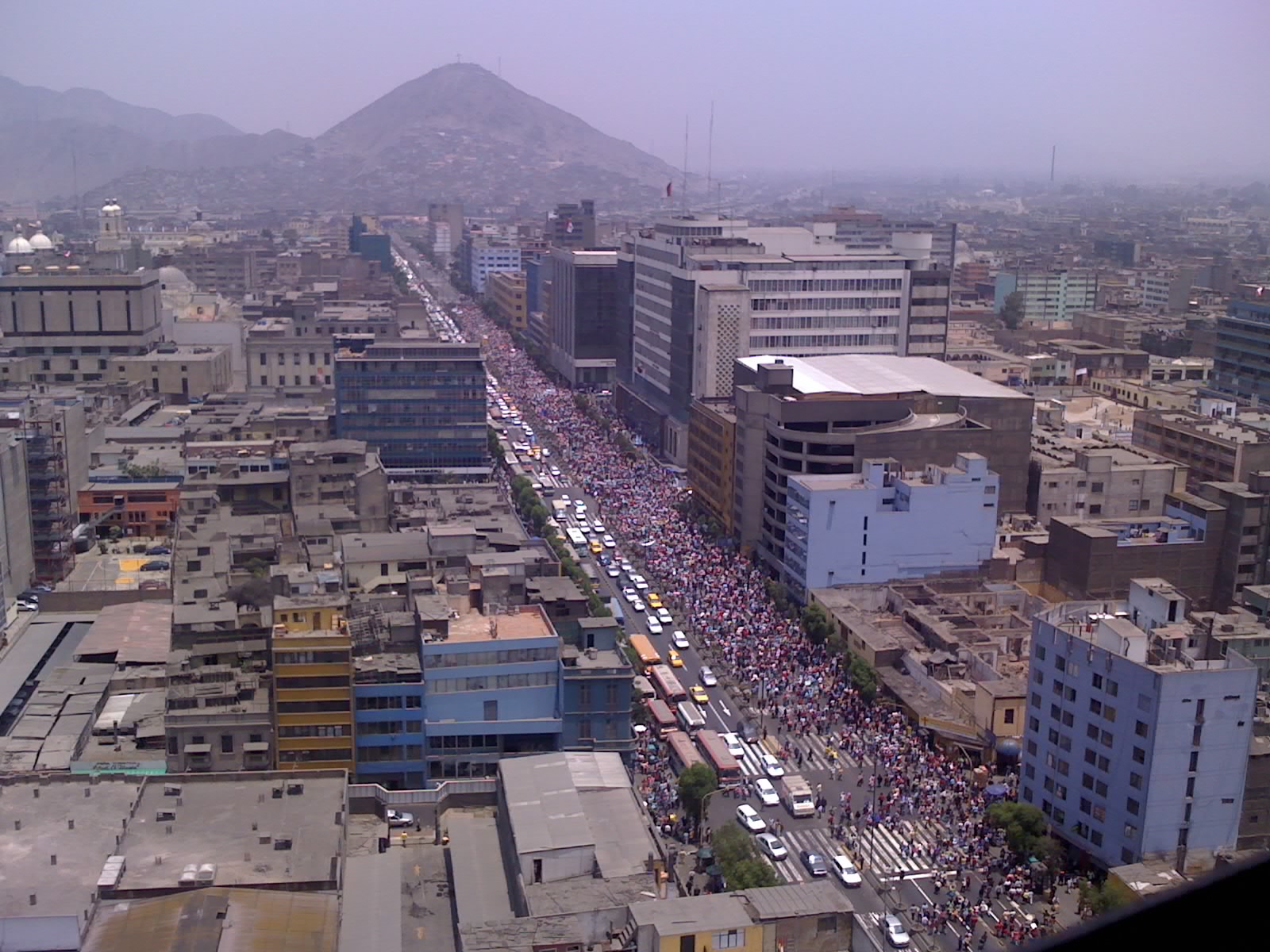 Peru, is there any space inside you? Is anybody listening to anything? How can I determine, or even simply understand your complex and varied mind? Such a diverse people, millions each consuming different cultural products. A mosaic of options, an unlimited space of possibilities which is brought to reality through a very refined process of selection. Our people consume popular culture, the parameters of “high standards” exist in different realities that dwell together, the ultimate definition of beauty is blurred by the pollution of a poorly industrialized society, a leftover of neoliberalism, how can we establish the “avant-garde” in such a space?

Tradition, the limits of the past, the achievements of time. The lack of education in Peru has had a double effect: ignorance and fear. A static image, a constant color, that’s the definition of Peruvian popular culture, and we have to admit that thanks to the innovation and influence of foreign cultures we have had the opportunity to grow our cultural power. Thanks to the education that some of the individuals of the music scene have had, we can talk about Peruvian experimental music, about avant-garde in Peru, about innovation in aesthetics and how we analyze our sonic environment and it’s possibilities to be merged with our musical tradition.

Different musical stories are happening these days, and the cultural movement of musical exploration has a big history in Peru. Of this continuum of experiences it would be important to talk about the work of Teté Leguía, a bassist (and composer) that has developed the experimental scene of Lima constantly since 2008. His work, which goes from a brilliant kaleidoscope of free jazz improvisations to straight-forward compositions is highly important, since the public performances of his music occur in spaces that aren’t necessarily used to his influences. The regular festivals in which he plays (solo and with different ensembles) range from raw punk bars that host the regular punk and hardcore machines of Lima, to the strictly experimental five-people only recitals, which often happen poorly.

Leguía has a trio (trío nuna) with another important figure of the experimental community, Marco Mazzini, a refined clarinetist of classical tradition that has had a late burst of activity in this community. His role as an educator in different public and private institutions is crucial, because the openness of the movement has an opportunity that it’s pretty unique, involving students of different places to the underground world of this music.

Portraying our reality has been a constant in the narrative of Peruvian music since many of the pre-Columbian instruments were highly related to daily life. This narrative of music that reflects reality has been a voice of resistance, beginning with the forging of Afro-Peruvian music made under slavery as a way of fighting against it, through themes of abuse, contamination, corruption, despair, and love that have been instilled in the poetry of popular musical culture. Also our music of the Andes has a similar history. A mirror, a reflection and a translation of our harsh and distorted reality is what has sculpted art through our history, sometimes reflecting the mechanisms of industrialized life, like the group of Leguía´s “Artaud”, a combustion of psychedelic, post-rock, free improvised and noisy structures of music. Their piece “Cábala” (Necio records) is a putrefaction of an abstraction, a beast that constructs a new absolute as it goes on, a reflection of the sickness of our reality, a mirror of our most horrible sins.

The ensemble employs a free form jazz composition method, through structures that delineate a form and a boundary for combustion, a room for explosions of color to be contained. Through the use of multi-phonics, distortion, colorful auroras of theremin fills, aggressive percussion and a bass dialogue of a semi-punk color and contour, the group constructs a determination of our reality: we are trapped and we need to run, to get out, to escape. The group develops, as an alter ego, the idea of death acceptance, in its chaos there’s a confidence about the end of things, about the reason of existence. The abyss of despair, through a reconfiguration of the dialectic of the music, is presented as an opportunity, a breakthrough, a momentary state of existence that will transcend to a higher truth.

Mazzini is a long-term interpreter, being the only Peruvian with a contra bass clarinet, he has a responsibility to develop the interest in avant-garde composition. In the festival “La Trenza Sonora “ (the sonic braid), which is a multidisciplinary international event that presents compositions and improvisations that are being developed in artistic circles, he played different pieces by artists of the local and international scenes. Also his participation as improviser with Pauchi Sasaki (violin), Jaime Oliver (MANO controller), and Giancarlo Rebagliati on the electric bass was of great impact, they played a set in 2010, and maybe this was the first time such an ensemble performed live in Lima. This happened at a local fair of independent record labels. The MANO controller of Jaime Oliver is a device developed by himself with Miller Puckett (owner of PureData), which controls pitch and timbre, through a bluetooth-like system. These mystical presentations inspired the local community to make this scene bigger, to what we have right now, a more fluent, organized and recognized scene of experimental music, and although the improvisations are, in many ways, still developing, in the context of Peru’s emerging music scene within a developing country, this is a big achievement and a big first step.

Sound comes in many shapes, in many forms, with many figures behind it. Figures of familiarity, of fear, hate, happiness, alteration, and many forms of human expression are constantly shaping sound to our perception. The space of society, the place of our existence, the box that keeps us alive is the terrain in which we shape sound and all its figures take form in our minds. Peru needs more people that take care of the shape of sound, not only the elite sound, but the popular sound, the daily sound, so that we develop a consciousness of sound treatment, of acoustic imagination.