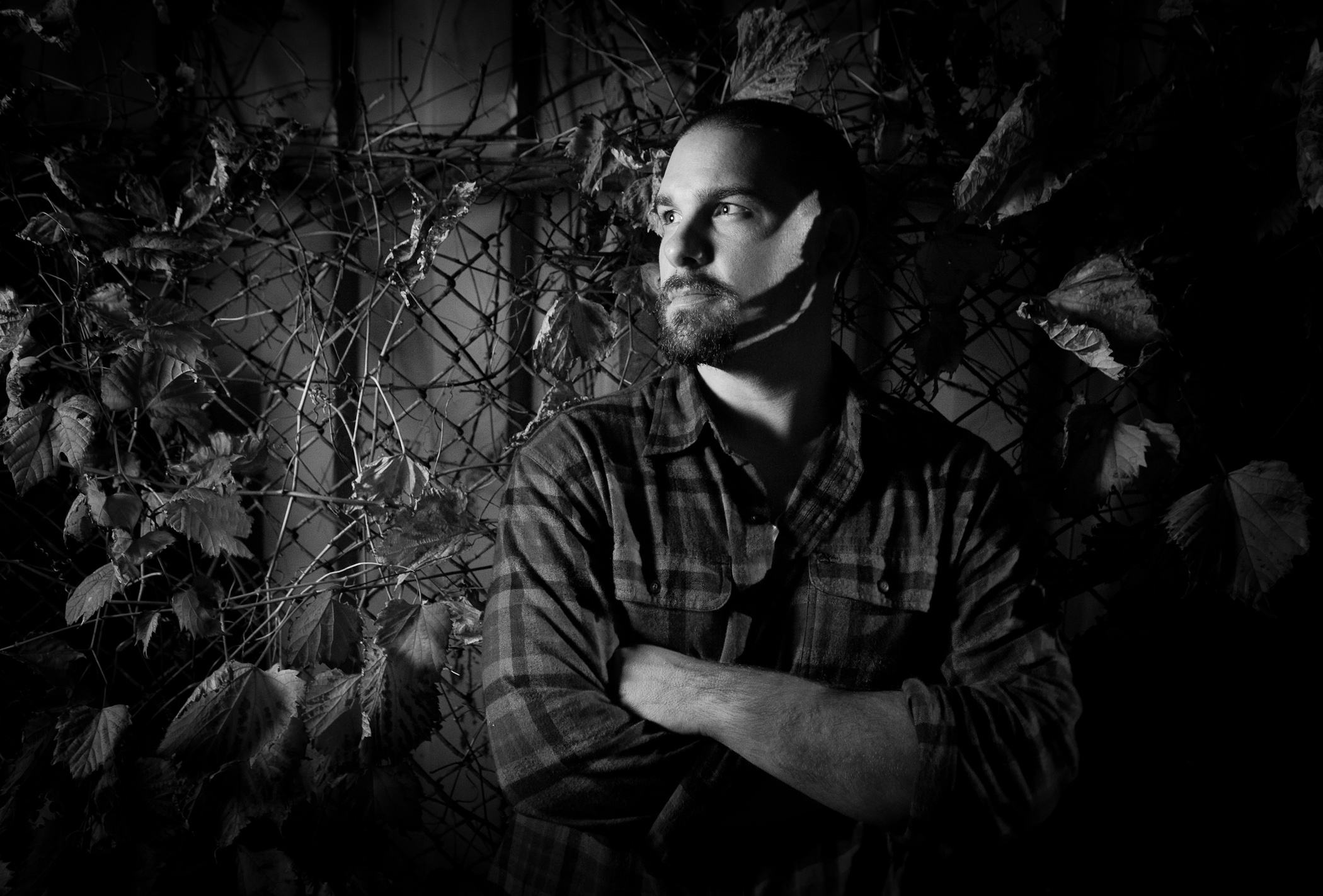 Mike Pride may have moved out of New York City proper, but he is no less involved in the creative music scene. In fact, in the first half of 2015, Pride has a flurry of exciting and diverse new releases including 2 by Period, a self-titled release by Pulverize the Sound, Raoul with the group Spanish Donkey, and Listening Party, his long-awaited debut solo release. As always, Pride is pushing the boundaries while defying definition as an artist. As one of creative music’s great mavericks over the past 15 years, Pride has established himself despite being from a generation that is crowded with drum talent. Building on some of the revolutionary work that figures such as Jim Black pioneered in the 1990s, Pride has also pushed forward along his own path while drawing from an array of genres as diverse as metal, punk, noise, and classic jazz. Today, Pride remains one of the most interesting and unpredictable improvisers in New York, and his new records all deserve serious attention.

Cisco Bradley: What five records have had the greatest impact upon you as a musician?

Mike Pride: Well, that’s a real tough one to break down to such a small sample size, but right off the top of my head I would say:

CB: What are the key influences upon you as a composer?

MP: I could better say what my main concerns are: Density, development, duration (long or short), color, narrative & the ability to follow the sounds in my head truly and translate that to whatever medium I am working in.

CB: You have been busy. Could you speak briefly about the new releases you have coming out this Spring?

MP: This spring will see the release of 3 albums that are very important to me.

Mike Pride – Listening Party is my first solo release, on Akord/Subkulturni Azil Records (out of Slovenia).  I have been working on this album for many years and I am really excited for it to be available worldwide soon.  The album features improvised drum set solos, through-composed pieces for various percussion setups, studio creation and glockenspiel etudes.

Pulverize The Sound has our self-titled album on Relative Pitch.  This trio is Peter Evans on trumpet, Tim Dahl on electric bass and myself on drums and percussion.  Really super intense, tightly composed, otherworldly music.

The Spanish Donkey – Raoul is out on RareNoise Records.  Featuring Joe Morris on electric guitar, Jamie Saft on organ, keyboards and piano & myself on drums.  This is what I would call a super long developing, improvised, microtonal-blues organ trio.

CB: How did Charlie Looker and you approach the new Period record? What do you consider to be your overall sonic influences for the project? What are your approaches to in-the-moment composition?

MP: Charlie and I simply wanted to document the developments in our concepts on improvisation. PERIOD develops over long periods of time and every so often it will be necessary to document what we are doing – once things have reached a dramatic new place from our previous recorded material.

Sonically we were definitely hoping to go for a more direct, hd metal sound. We recorded with Colin Marsten, who is one of the true masters of modern, aggressive, clear, metal sound, so we were in excellent care in that regard.

My approach to in-the-moment composition is consistent. Listen first. Drop clear, definitive ideas rhythmically, sonically and spatially. Listen to how they are being processed by the others and then develop or sustain.  If I choose to sustain I will probably choose to make a dramatic break and move into disparate territory at some point and then reasses. I am very into big arcs.

CB: What did each of the other contributors (Chuck Bettis, Darius Jones, Sam Hillmer) add to the project?

MP: Chuck Bettis adds an entire world and padding around what Charlie and I do.  He can process our sounds, function as a melodic instrument, a harmonic instrument and even take on bass functions.  He also adds vocals which veer us into psych or death areas. Both of which are very evocative and appealing to Charlie and I. Darius and Sam both brought a very distinctive approach to reeds.  Both have a very particular and advanced sense of melody, harmony, space, emotion and brittle sonics. We would have never achieved the “wasteland” vibe we wanted on those quintet tracks without them.

CB: Can you describe the compositional process you employed with Peter and Tim in pulverize the sound? Are there non-musical inspirations present in it?

MP: It varies. Each of us has brought in pieces that were finished, and we’ve each brought in sketches. We’ve also workshopped a lot of ideas in private rehearsal, collectively, and then written music with whatever small victories we found in mind. I would say most of our inspiration IS musical. Peter’s extremely so.  Sometimes my titles can be a little autobiographical, as can Tim’s, but the music is always about certain sonic and musical obsessions we share or mine together as a band.

CB: You mentioned working on your solo record for a number of years. Could you talk about that process in depth?

MP: Well, I’ve always made “solo” music recordings since I was very young. It’s something I love doing. When I was given the opportunity to make this record I decided to collect every piece of solo music I had in my personal library and begin a long process of digesting it and tracing it’s focal areas. I then wanted to try and represent each of those areas while still maintaining some kind of continuity. I started off with something like 75 tracks to whittle down and/or finish.

I began inviting friends over to listen through groupings of pieces and asked for lots of feedback:  what was interesting, what was silly, what works and what doesn’t as it relates to everything else, etc. I then began working on newer pieces to fill in some areas I thought weren’t sufficiently represented, or pieces to smooth out transition points in the track order. The glockenspiel etudes are new and there are also the drum set improvisations (tracks dedicated to improvising drummers).

Once I had an order that I thought created an interesting narrative I mastered it with Jonathan Goldberger began the process of letting go.  The whole process took a few years.  Now I want to make a bunch of solo records as quickly as possible!