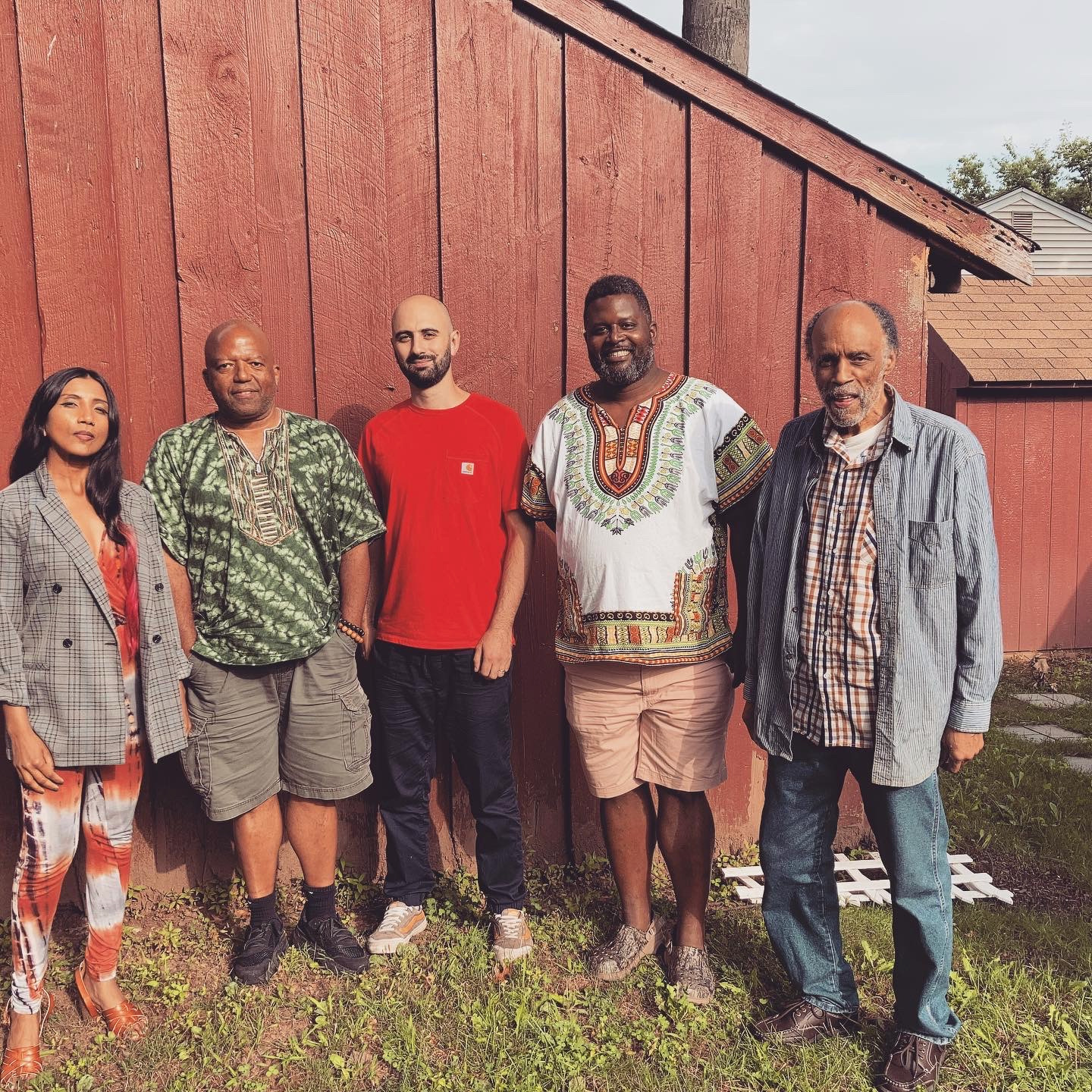 Arkinetics is an instrumental quintet that utilizes the practice of rhythm as mantra to enter a space of boundless joy and freedom.

The concept has been inside of me for the last 10 years, but it wasn’t until the seismic shift of 2020 that an opening for it emerged. From the start of the pandemic onward, every musician I know was galvanized into a higher mode of energy; the dramatic tremors in the social and spiritual mileu bringing a sense of urgency to the creative impulse.

Music is sacred, in that it connects us to our essential nature. Arkinetics is my offering. It began as a personal practice, a way of utilizing music as spiritual discipline. The music is built around minimalist ideas that come to me in the moments where I first sit down to play, with no particular thought or intention in mind. When brought into focus and allowed to develop, these themes become a vehicle to subtle realms of reality. It is a real delight to find musicians that are drawn to this, and to share it with audiences that report positive experiences.

This work stands on the shoulders of ancestral giants, musical and otherwise. There are three mentors in particular, all drummer-composers, to whom I feel particularly indebted. Adam Rudolph once said “In music, as in physics, the laws become simpler as you reach higher dimensions.” I have learned this through his music, seeing him create an atmosphere where 27 and 45 beat rhythmic cycles are approached with the same intuitive ease as one would play more standard rhythms. This concept informs my process with Arkinetics – the rhythmic cycles are certainly complicated at first glance, but at their essence they contain a simplistic beauty, accessed through focus and practice.

Like most Artists in the Information Age, I am influenced by a myriad of musical styles from around the world. I am fascinated by musical elements that alchemize on a molecular level, ultimately transcending style, tradition or even “self” expression; music that becomes a communal expression. I find this process most present in the rhythmic tapestries of West African drumming, which led me to study with Royal Hartigan. Royal has done invaluable work transcribing this music onto the drum set, and is a pioneer in the approach to authentically blending different styles in a meaningful way. He once said to me “I am influenced by music all over the world, but the African American Creative Music tradition is like a soil in which I can plant anything.” Hearing that made me realize that I have always felt the same way. Arkinetics is the plant that I have been tending in this soil.

Ronald Shannon Jackson is a cosmic mentor. I never met him in the flesh, but I have been fortunate to work with some who have played with him. One such person is Tom Chess, who once explained Shannon to me by saying – “It’s not what he’s playing, it’s what HE hears when HE’s playing it.” In my opinion, this is a fundamental definition of the Harmolodic approach of Ornette Coleman, Shannon Jackson, James Blood Ulmer, et. al. I have also heard that Shannon would advise musicians to pay attention to what they play whenever they first sit down with their instrument, and to move in that direction. To me, this implies that we must follow our intuition and listen to our inner resonance. In this approach the music cannot help but to flow effortlessly from its source through its conduit, the musician, before finally reaching the listener.

All of the elders stress the importance of finding one’s own sound, a process that at some point becomes more about subtraction than addition. When the individual finds their sound, it allows for this seamless flow, connecting healing energies between Earth and the ocean of our shared humanity. Arkinetics, has been very helpful for me in traveling this path, and it’s my hope that it may be so for others as well.