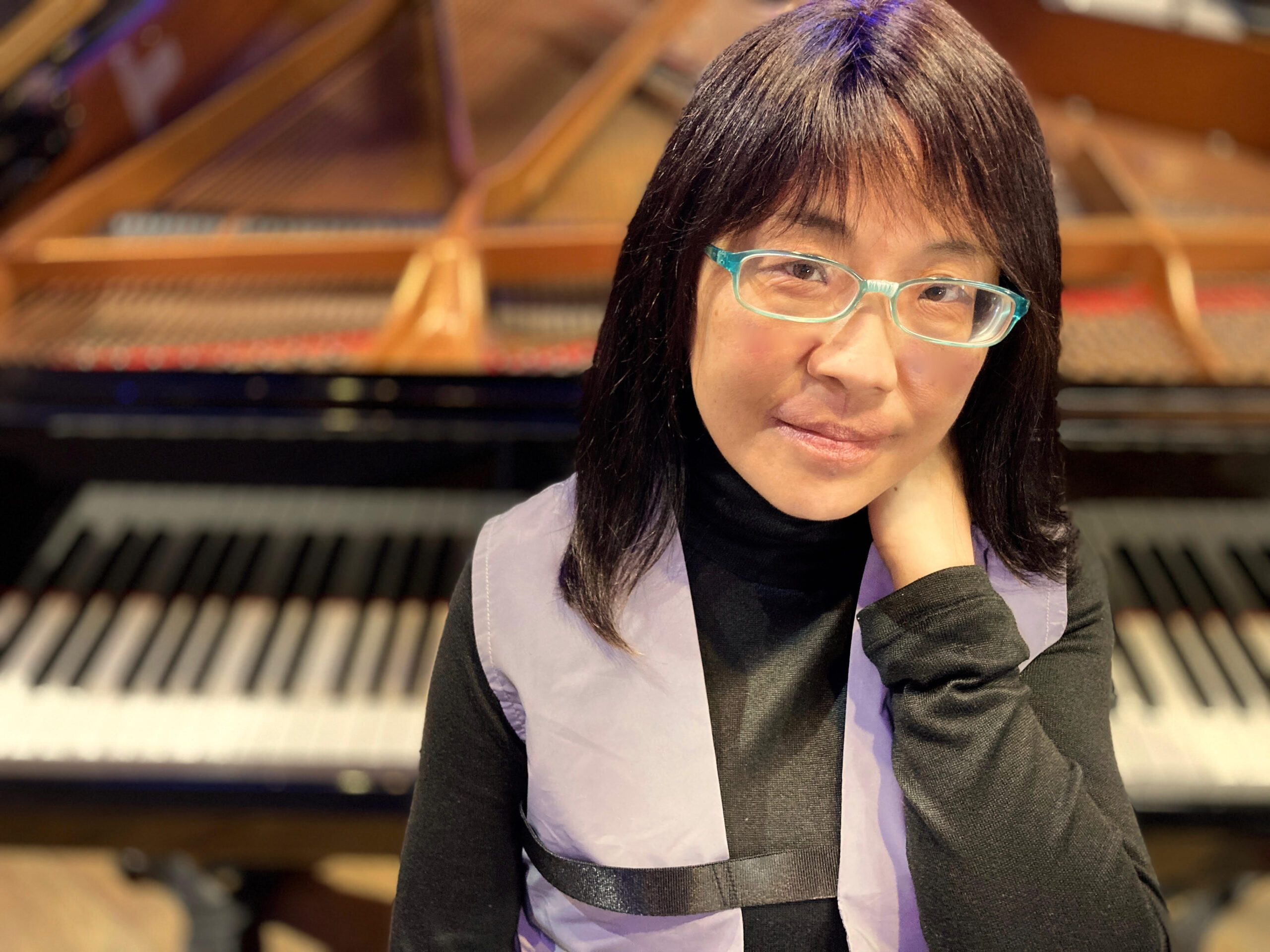 Since the beginning of the Pandemic in the early 2020, I had a lot of time to think about what would be my next project. I wanted new compositions to reflect on the state of the world and the time we are living in, but also it was important for me to express my personal development as a spiritual being. I developed my own spiritual exercises while stuck in my apartment which aided me to conceptualize my project plan and started to write down fragmented musical ideas. Simple meditation and learning about different approaches to spirituality help me to always remember who I am and what the music means to me. This was very important process during the lockdown in 2020.

Towards the end of the 2020, I applied for a grant from Chamber Music America and was awarded for 2021 “Performance Plus” program which allowed me to hire a mentor to assist me in developing my new compositions. I decided to do this project with my duo “Vortex” with my long time partner, drummer and percussionist Satoshi Takeishi. 2022 will be the twentieth anniversary for the duo, so this might be a perfect opportunity to present new works and celebrate the anniversary.

We started building basic forms at home towards the end of 2020, then we went into a rehearsal studio to work things out with various instruments in the beginning of 2021. Each song requires different kinds of setups. In addition to a piano and a drum set, we use prepared hammered dulcimer, accordion, audio processing, electronics and toy keyboard in different sections of the songs and we plan specific concepts for every sound.

Once the basic structure of the songs were built, we invited Patrick Zimmerli to be the mentor for the project. He is a composer, producer, and saxophone player who I have known for a while but never worked together. Having another ear to oversee the project was absolutely eye-opening for me. We had a total of six sessions with him in 2021 and each session was inspirational and constructive in finding the right path for each composition. There are still many details to work out and that is the goal of the next few months. I plan a twentieth anniversary concert at Roulette on March 13 and go into the studio in June to record all the materials we have been working on for the last two years.

I also have been working on new repertoire for my other band, Tokala, which is a world music project I started back in 2015. I was always curious about how I felt playing music from the Middle East and Eastern Europe, such as Arabic, Turkish, Jewish and Romanian gypsy music with some of the bands I was performing with. I knew that Japan in sixth and seventh centuries had some kind of connection to Persian culture via the Silk Road. I imagined a scenario where Japanese imperial musicians were exposed to Persian music of the time. I imagined a time when the sound from western Asia flowed into East Asia. The thought of it inspired me to put together repertoire from Eastern Europe to the Middle East to Japan and put together a fun band. The name Tokala comes from this nomad culture (usually spelled Tokara) in central Asia which played a big role in connecting the west and the east, and the region became a central location for the Silk Road trade.

With the ongoing pandemic and seems like never ending restrictions to get back to our normalcy, I am very grateful for the support I got from a various organizations (Chamber Music America, NYFA) to be able to keep my work going.