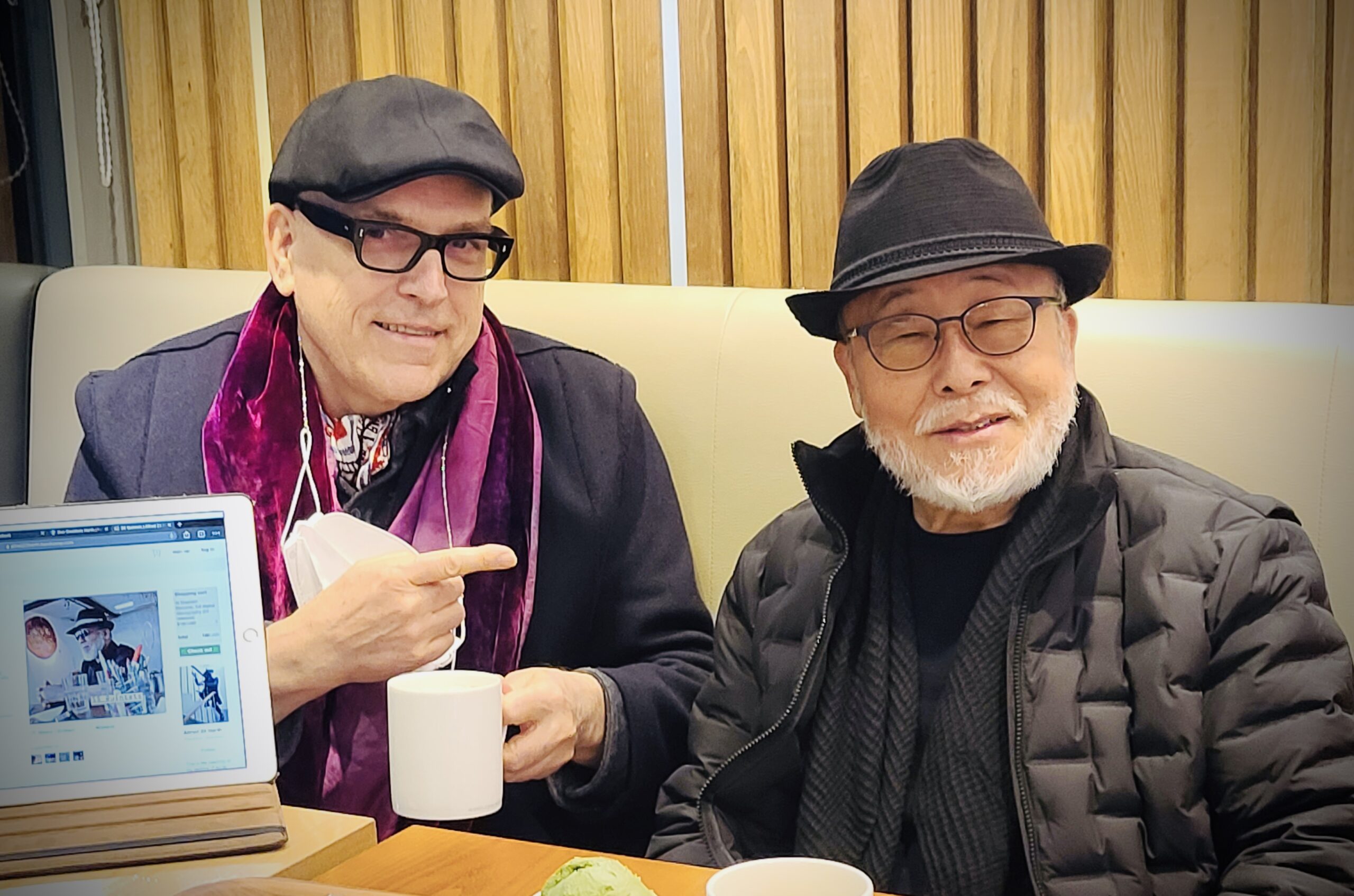 Soon after extending his work radius from Germany to South Korea, A23H made collage sounds using various instruments with Choi Sun Bae in the album 08 + 15 Celebration (Laubhuette Production 01). eShip sum (1000cd) is a very unique album as an homage to Miles Davis, where he cites the introduction to Miles’ Someday My Prince Will Come with insistence. In the same year 2003, A23H started to have monthly performances in the experimental event series “Bulgasari” in Seoul, curated by guitarist Yukie Sato. He also started incorporating Korean traditional music, and made Ensemble Naeil live at SCUM 2003 06 15 (Laubhuette Production 06), all in cooperation with Choi Sun Bae.

Then again in 2004, A23H recorded a duo with Choi, released as 55 Quintets in 2021, in which their instrumental and electric sounds are mixed in a strange and unique way. Choi is not only a traditional player and one of the pioneers of Korean free jazz, but also a natural-born experimentalist who can extend those new approaches. In this album many sound elements are as pleasant as utopia but unsettled as dystopia. Choi’s trumpet connected to nature and A23H’s rustling sound and resonance by his horns scatter sound like gunpowder like they belong in another world or time. It may not be easy for listeners to find compass of the sound, but exciting to see the process of chaos rising. Now we can say the Duo Goebbels/Harth has been developed as the duo Harth/Choi in Korea.

Writer Akira Saito had the opportunity to interview A23H about his work in Korea. 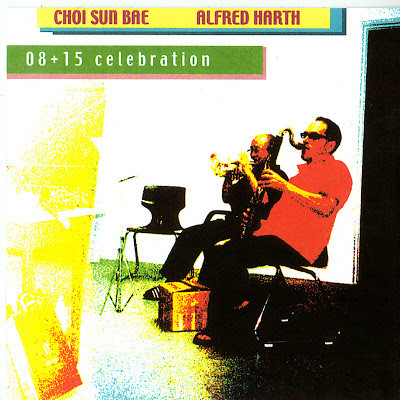 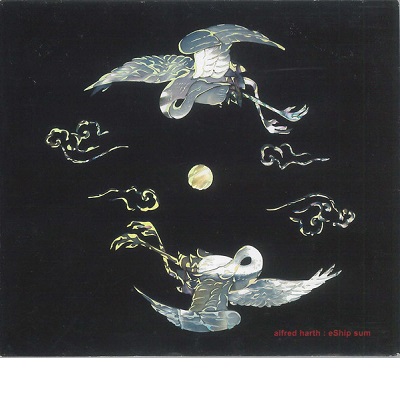 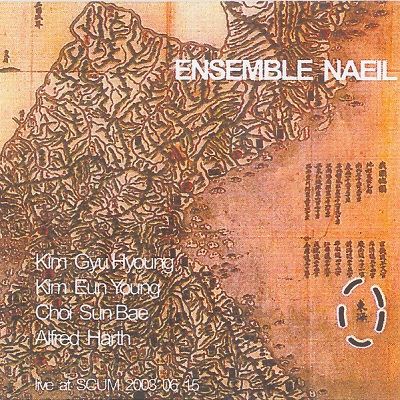 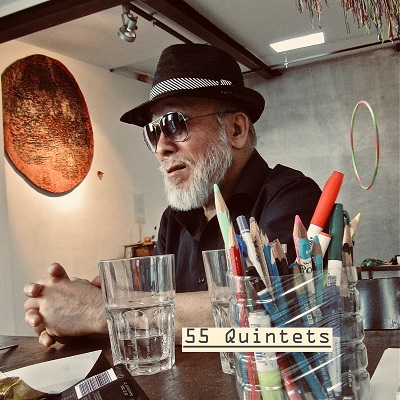 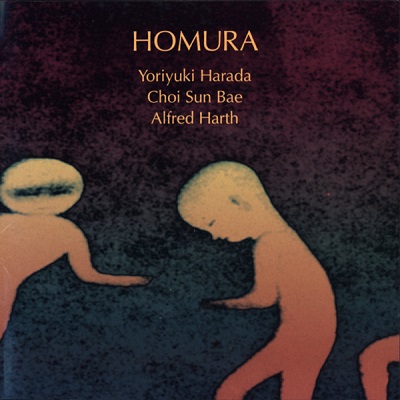 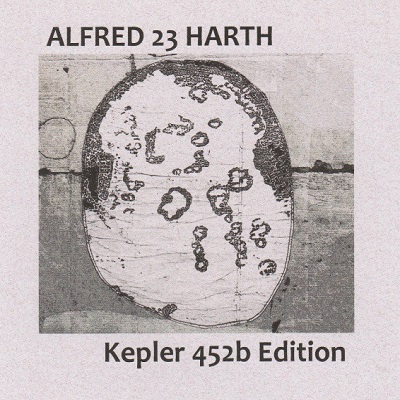 Akira Saito (AS): When did you begin living in Seoul?

Alfred 23 Harth (A23H): My hometown is Frankfurt/Main where I still have strong connections to. In 2000 my wife, Korean artist Yi Soonjoo, had an exhibition request for the Gwangju Biennale, for this occasion I joined and had first concerts in Seoul with Kang Tae Hwan, Park Chang-Soo and Park Je Chun. Yi Soonjoo and me had also strong connections to New York City around that time, so we decided to leave Germany, but when we received a grant in Seoul in 2001 we decided to start in SK.

AS: When did you meet Choi Sun Bae and was your impression of him?

A23H: In 2002 I built the LaubhuetteStudio Seoul where I also had some guests from the same year on, and spontaneously produced “08 + 15 Celebration” as a first Laubhuette Production album. Soon after pianist Park Chang-Soo formed his Houseconcert series in the neighborhood in 2002. He invited Choi Sun Bae (CSB) and me for first performances in different combinations.

CSB is a strong free jazz player, but also at home in more traditional forms of modern jazz, so we decided to stay together for diverse events and festival appearances in SK, even ballet music (“Mercury I“ and “That Person Then“ in 2003/4, Laubhuette Production 08), and he one day surprised me bringing his electronics to the studio.

In 2003 Yukie Sato formed the offsite platform Bulgasari in Seoul with monthly concerts and more, where CSB and myself took part in the beginning along regular concerts at the Houseconcert series and others. To satisfy my curiosity in traditional Korean music I formed the quartet Ensemble Naeil in 2003, Laubhuette Production album 06.

Of course I met and worked with many more Korean musicians between 2000 and 2005 to find out about as many as possible.

AS: eShip sum and 55 Quintets are full of collage and mixture with electronic sounds, while Homura is a kind of traditional free jazz. Were there any changes inside you? And did Choi Sun Bae like those kinds of sounds?

A23H: Electric sounds are part of my studio works since the 80ies, as the studio is great to compose or create concepts with, whereas my kind of traditional free jazz albums as Homura (with CSB, Yoriyuki Harada) or e.g. the recordings with the Trio Viriditas (with Wilber Morris, Kevin Norton) or “Expedition” (ESP 4031), the latter both recorded in NYC, are similar to stage appearances in a conservative manner that means playing just the instrument in a pure manner, which is a different aesthetic approach. Since 2001 I extend the studio electronic collage possibilities by putting small electronic studio devices onto stage and use them as background sounds, or as the complete thing, something that I did already in the 80ies and 90ies by using a tape recorder with preconceived sounds on stage while playing to it. But since 2001 those electric tools fill a table, and I call them the sum of my e-ships.

CSB always likes this sort of performances in the studio or in live. As I had pointed out above, he brought a set of foot pedals for delays and diverse electronic effects for his contact mic, also he plays harmonica using those devices and sometimes puts a hose to his mouth-piece to extend his sound vocabulary. His palette of musical possibilities early at that time was so diverse that in 2007 I decided to produce a CSB solo album, Laubhuette Production 09.

A23H: The recording of 55 Quintets is a full collage and mixture with electronic sounds, as you say, by using our full range of devices and diverse instruments + prepared samples. It sounds like an orchestra, or several quintets so to say. Around Chuseok 2004 I made the mix, and since I had become 55 years old shortly before I called it that title with some twinkle.

AS: What is your impression of the “KAIBUTSU Lives!” concert? And have you continued to play with Harada-san since then?

A23H: Yes, Harada-san and I had performed as a duo at Super Deluxe, Tokyo, in 2014. And before 2007 I had listened to his solos at the Houseconcert evenings, then in 2007 we recorded “Homura“ together with CSB and worked in that surprisingly big group “KAIBUTSU Lives!”, also with CSB and many more great colleagues (Yoriyuki Harada (p) / Henry Grimes (b) / Tristan Honsinger (cello) / Louis Moholo (dr) / Tobias Delius (ts)) who came to Seoul, which became an inspiring event that was recorded by the Japanese label “off note“. Another evening CSB, and me on piano, gave a surprise appearance together with Grimes on his violin at club Moon Glow in Seoul.

AS: “Kepler 452b Edition” is still full of chaos. How do you continue to develop this sound? And with Choi Sun Bae?

A23H: Kepler-452b is the first near-Earth-size world to be found in the habitable zone of star that is similar to our sun. For me it is fascinating to think of an alien culture, which maybe also full of chaos, and I describe a bit this vision, also in respect of living in Asia that still seems to me to be very differently from the Okzident where I stem from.

The label Kendra Steiner Editions of this album came to an end in 2018. But on two other labels I released two best-of Laubhuette Productions, last one in 2020 on Moloko plus, Germany, of course comprising some of the early cooperations with CSB.

Finally speaking briefly about my coops in Japan: It is planned there also will be a vinyl re-issue of ONJO-Otomo Yoshihide’s New Jazz Orchestra “Out to Lunch“ on the Belgian label Aguirre Records.

This is the best-of Laubhuette Productions album from 2020 (Moloko plus, Germany):
Moloko plus 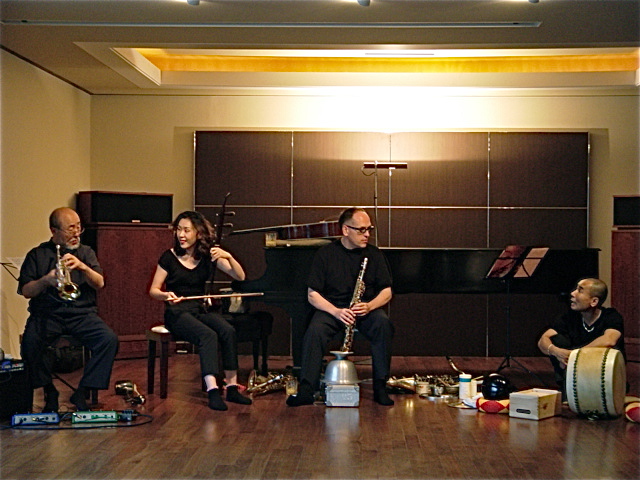 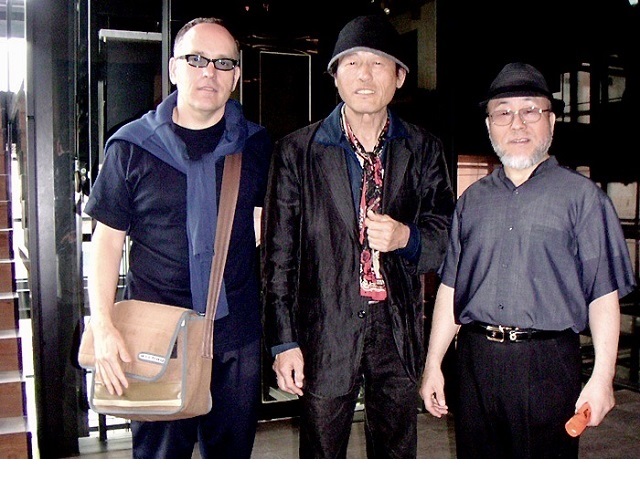 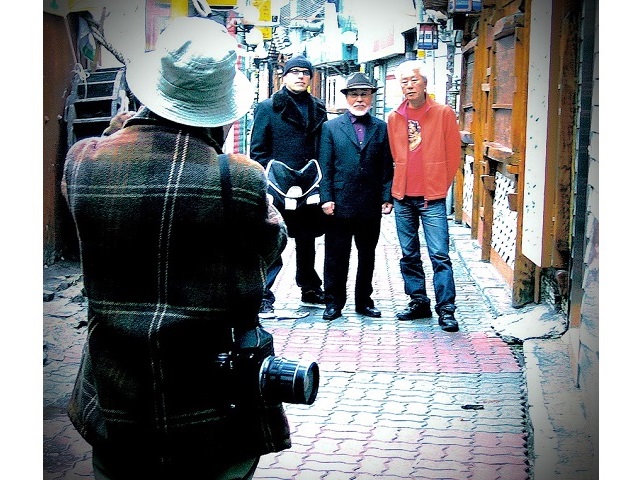 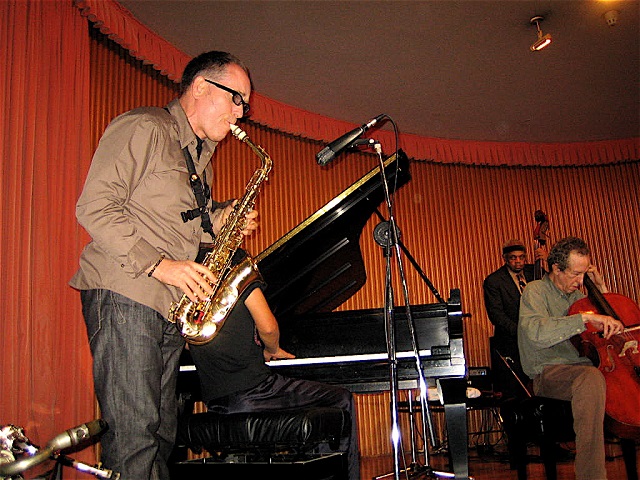 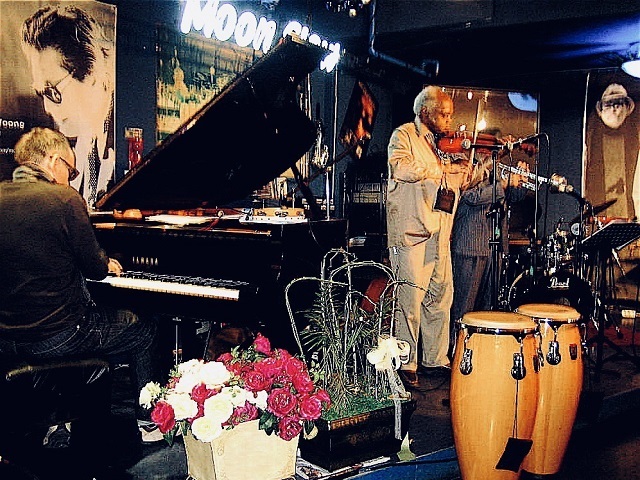 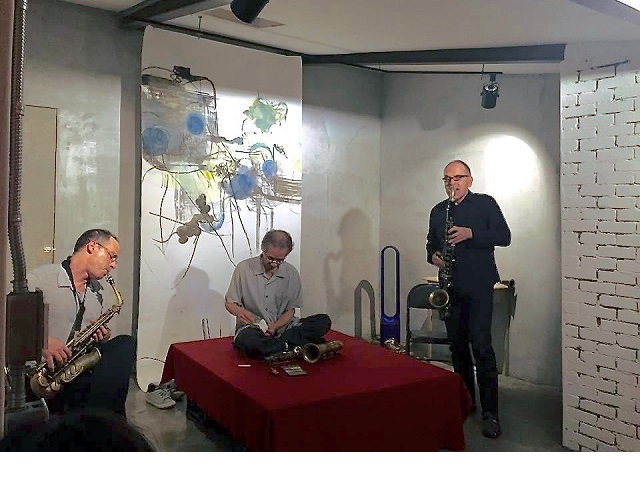 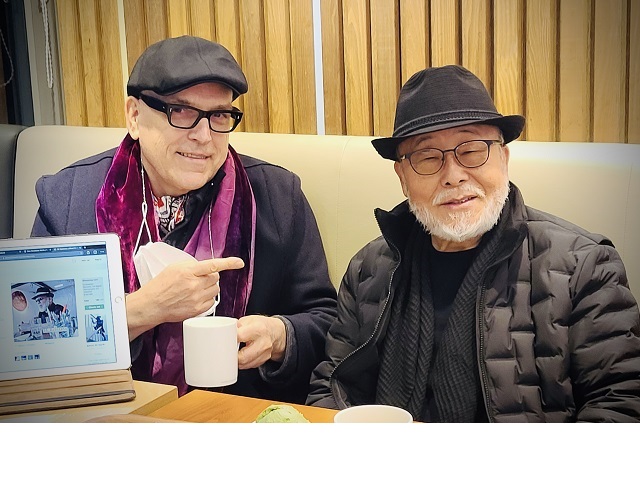 (This interview was originally made for JazzTokyo.)