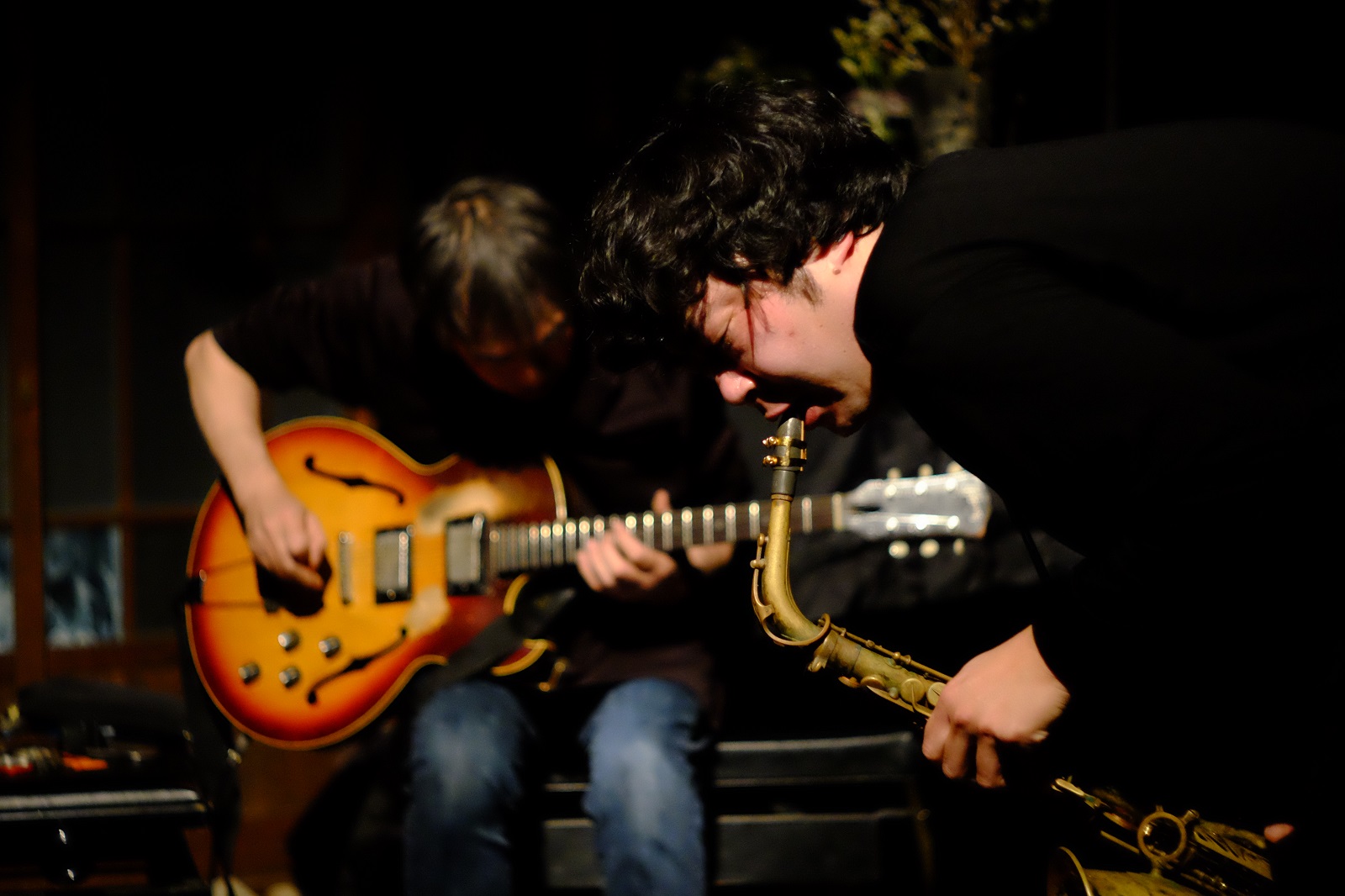 Otomo Yoshihide has been well-known as an avant-garde turntablist, and often compared with Christian Marclay, pioneer of disruptive turntablism in the New York downtown scene of the 1980s. However, Otomo’s expressive focus was much different from Marclay’s, and he has already changed his main instrument from turntable to guitar. Often aggressive, Otomo’s guitar possesses a fleeting beauty while keeping long silence, which makes listeners turn their thoughts inward.

This time he was invited to have a duo performance in a log house in the mountains, by younger saxophonist Kawashima Makoto. Even for U.S. enthusiasts of free jazz, Kaoru Abe’s alto saxophone was a new discovery in the 1990s, nearly twenty years after his passing quite young, introduced by musicians like Henry Kaiser or Jim O’Rourke. Also, after that, there have appeared several remarkable saxophonists in Japan who must have been inspired by Abe’s play, including Kawashima. 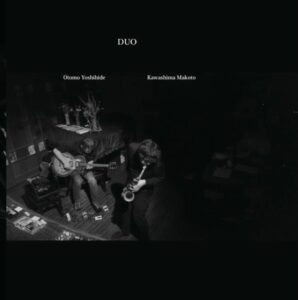 Needless to say, as an individual solo artist, Kawashima’s sound resembles no one else. He blows towards ceiling and floor, sometimes crouching, with both emotional melodies evoking Japanese nursery rhymes and abstract series of sound, which gropes something deep in our memories. In contrast to Otomo, little is known about Kawashima in the U.S., because he has played in NYC only twice (including Downtown Music Gallery and a subway platform).

This album is gemlike recording by the first encounter of two outstanding improvisers, extremely unique despite the influences from pioneers.