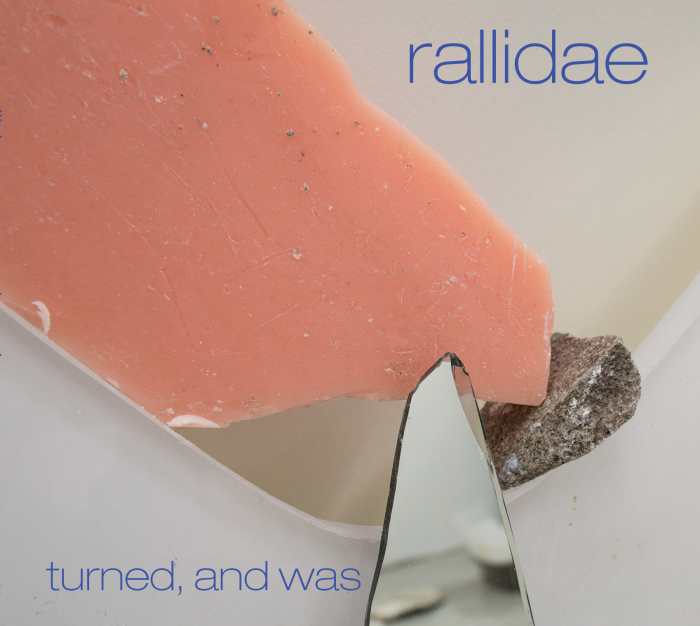 Angela Morris’ Rallidae – Turned, And Was

Rallidae is a Brooklyn based five-piece ensemble fronted by composer, vocalist and tenor saxophonist Angela Morris. Joining Morris is a crack lineup of players, including vocalist Alex Samaras, Dustin Carlson on guitar, drummer Nico Dann, and Scott Colberg on acoustic bass. Their latest album Turned, And Was finds the band exploring the delicate intersection that rests between improvisational jazz aesthetics and popular song forms. The music that emerges as a result of this experiment is creative and at times dramatic and painfully earnest.

Opening with the short wordless piece “Drumheller”, the band sets a spare, exotic tone with softly plucked strings and sporadic, highly pitched noisy textures. The opening piece abruptly transitions into “Take My Hand Off The Wheel”. With its gorgeous ambience and subtle half-time groove, the song deceptively introduces itself as a straight forward pop song. Vocalist Alex Samaras enters the fold with a melodic line that dovetails with Morris’  free form riffing on saxophone. Between the sublime verses the band stretches the groove to its limits, turning it upside down, abstracting it beyond recognition throughout the tracks nine minute playing time. “Bird” opens with a layered vocal incantation before Morris takes lead “..this morning, a bird fell from the tree outside our window….” delivering the line with an almost childlike, spirit of fantasy and wonder. “Now I Walk In Beauty” showcase the band’s penchant for brilliant harmonic vocal drones that subtly alternate back and forth between angelic and menacing.

The band relies on its strong Jazz chops and pop sensibilities, melding them together to create a sound that is tastefully experimental. Straddling the gulf between the accessible and the avant-garde there is a tension that runs deep in Rallidae’s music. Transcendent vocal performances, nimble, intelligent playing (particularly great rhythm section) and a sense of experimentation open the music up to endless possibilities. The sound laid down throughout Turned, And Was will undoubtedly act as a bridge way to something even greater.