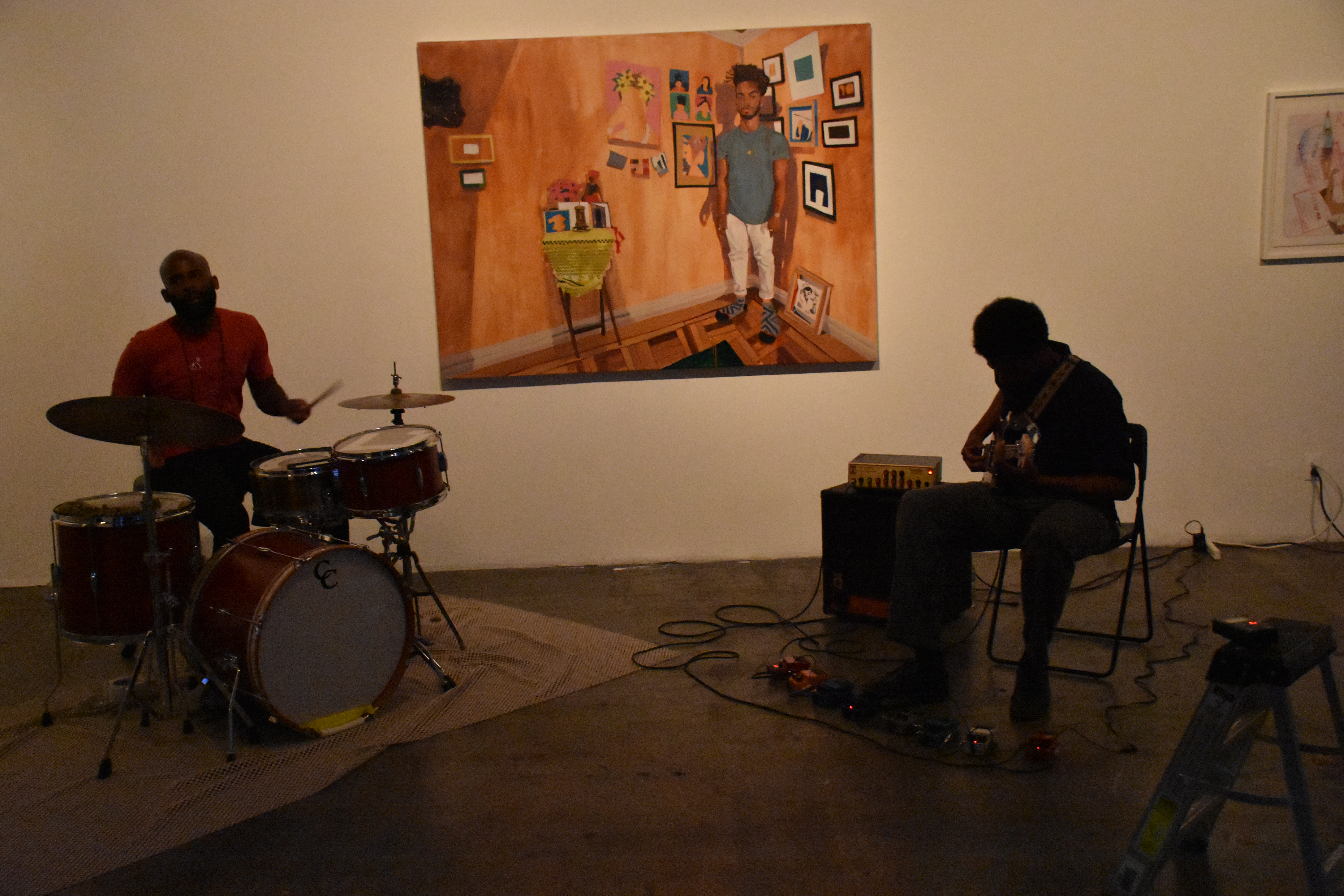 Blacks’ Myths, a duo of electric bassist Luke Stewart and drummer Warren G. “Trae” Crudup III played the second set at the Fridman Gallery, Friday, September 7. They released their debut record in July. The band embodies deep rhythms and dark energies. The two riffed and improvised, building off of each other constantly. Stewart often appeared to have his eyes closed, as if he were completely submerged in the sound as he played, acting out of instinct as he ascended and descended. At one point, Stewart bellowed a clear line and the whole improvisation intensified. He used pedals to create multiple layers with a high arcing riff offset against dark undercurrents. After improvising for 12 minutes, the rhythms gave way to more fluid shapes as the music began breathing and becoming even more alive. From there it became larger, a more complex musical organism, one that seemed to develop greater and greater sentience and an awareness of its surroundings, contemplative and reflective.

Then deep rhythms emerged again, and carried the audience further. Now that the sonic metamorphosis was complete, the musical journey seemed to continue to aim to transform the audience in a similar fashion. It felt like many more components than a duo would normally allow: melodies, rhythms, histories. The whole set of music was filled with life, meaning, stories upon stories.

At 30 minutes, Blacks’ Myths made another major transition and Stewart created another loop over which he improvised. Throughout all of this Crudup propelled the band with relentless energy. Crudup, based in D.C., has no equivalent in New York City. He manages to swing, to drive a steady beat, to disrupt an existing structure, create space, or fill space with ecstatic energy, often all at the same time. In all of the bands that Crudup plays, he creates a feeling that makes a person want to leap out of their seat and dance. At 37 minutes, the music took a more aqueous, mellower turn with Crudup using bells and brushes on cymbals, while Stewart added wavering bass lines. Together, they created a shimmering, dark sonic curtain that felt at once full of memory and immortal all at the same time.