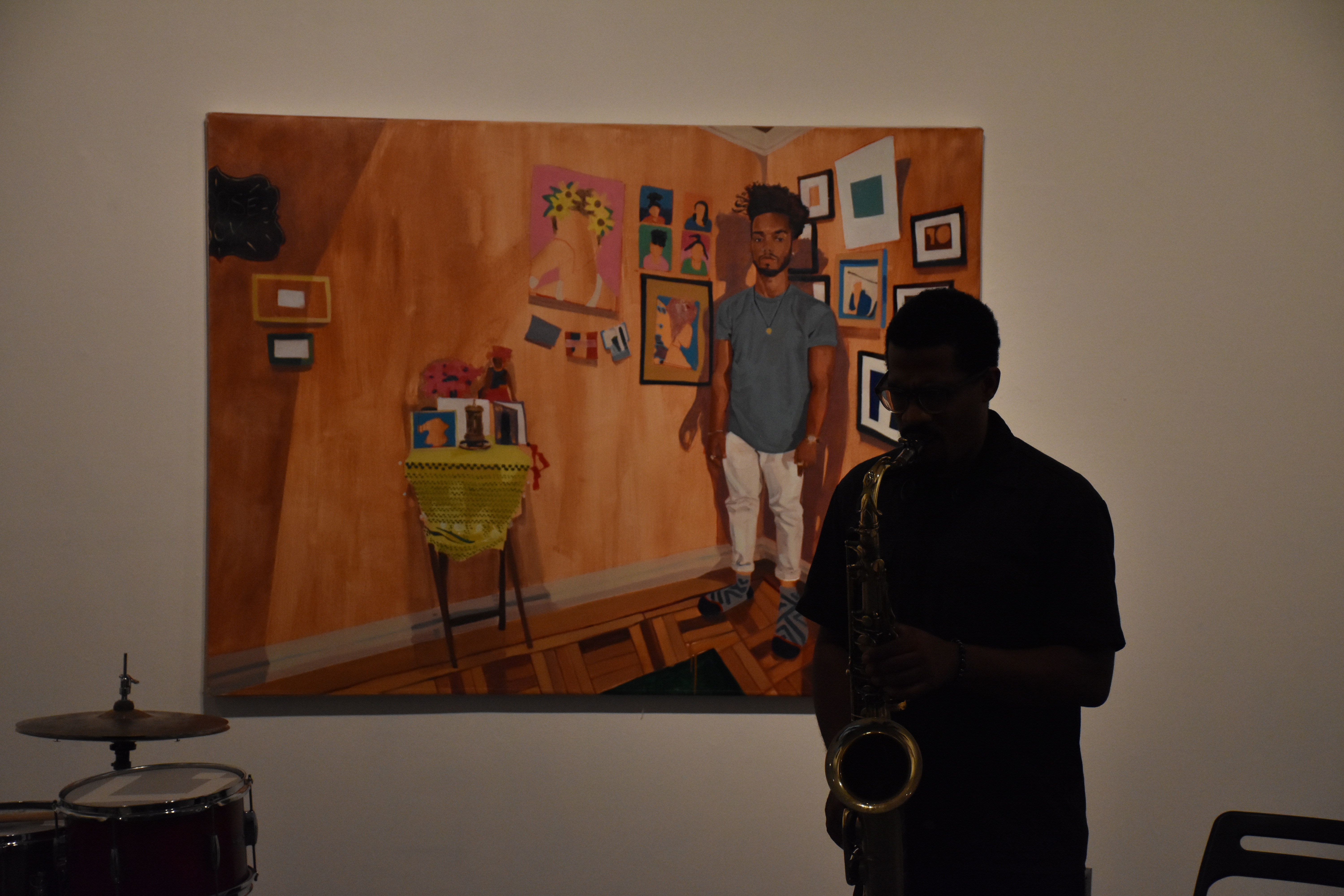 I was running late on Friday, September 7, but when I approached the block where the Fridman Gallery is in the West Village, I was pleasantly greeted by the flowing sounds of the saxophone of James Brandon Lewis. I recognized it instantly. The music appeared in an interesting context, the closing night of the Strange Beach exhibit, featuring the painting and sculpture work of Arghavan Khosravi, Nate Lewis, and Tajh Rust. When their schedule allows, Fridman holds cutting edge evening concerts, including for an event this week and next, celebrating the gallery’s fifth anniversary.

Saxophonist James Brandon Lewis opened with a beautiful, flowing solo set. Lewis debuted his solo work at H0l0 in Brooklyn in July, a concert that I also attended, and already I could see he had developed it further since that time. Lewis is one of the few of his generation that can really play a ballad, among his many other talents. He is not afraid for his music to be aesthetically beautiful, while still making it risky, experimental, or avant-garde. At Fridman, he built recurring narratives throughout each piece, interwoven with each other in a way that gave the music layers of different voices, each of which would emerge and even contend with one another until eventually giving way to the next layer. For the first piece Lewis played, it felt after peeling back each layer, there was another, deeper one that would reveal itself, and then another beyond that. 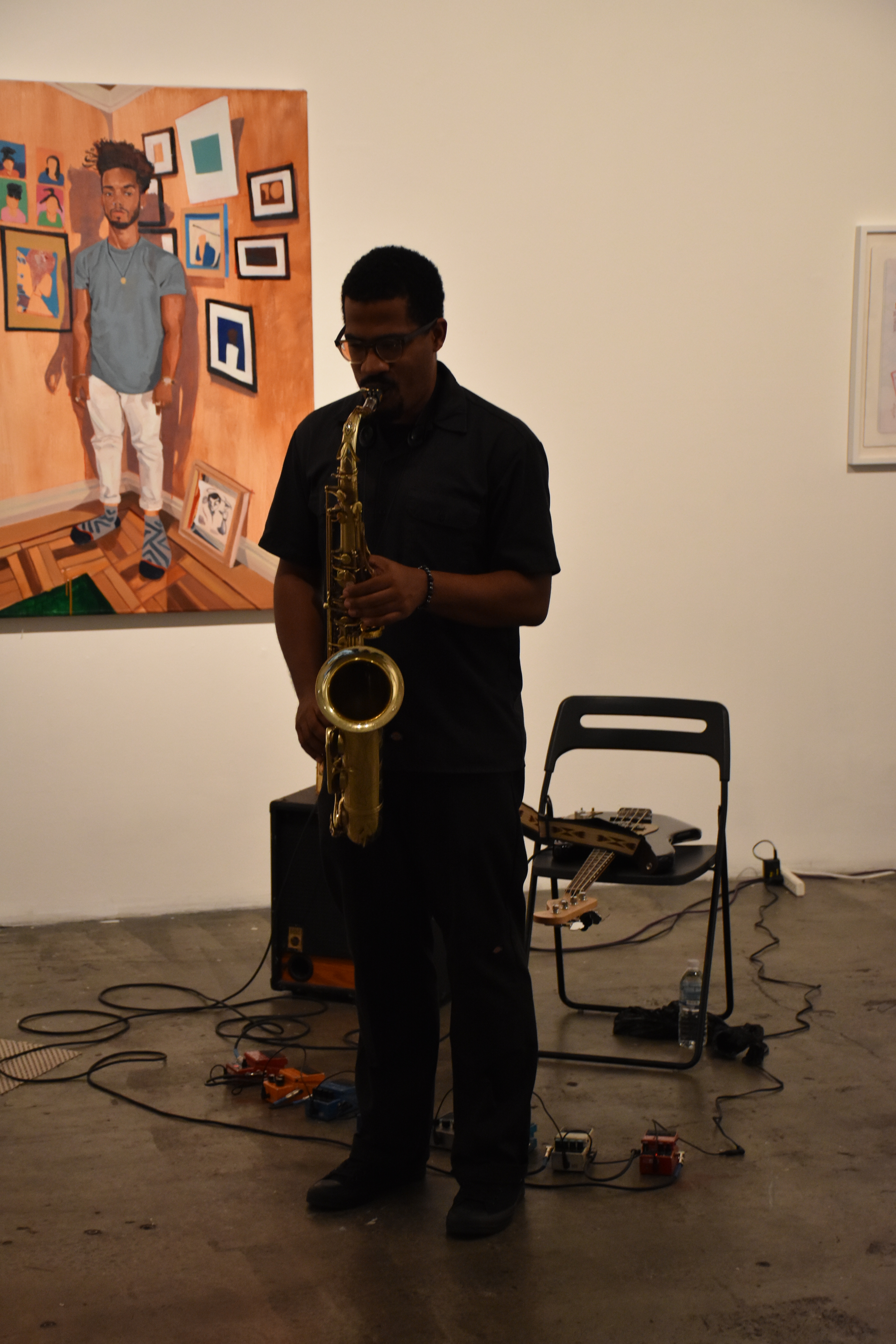 Each piece went in a different direction. The third piece was a bit more vertical in movement and more punctuated and with greater energy. The fourth piece showed the somber, tender side of Lewis, in which he was practically singing through the horn. At times, he employed technique to create something of a sonic shadow, overtones that again were a form of layering that made the solo set unusually complex. He closed with a line that evaporated into the still air of the gallery.

This was a stunning performance. Hats off to Lewis for digging so deeply into his craft.