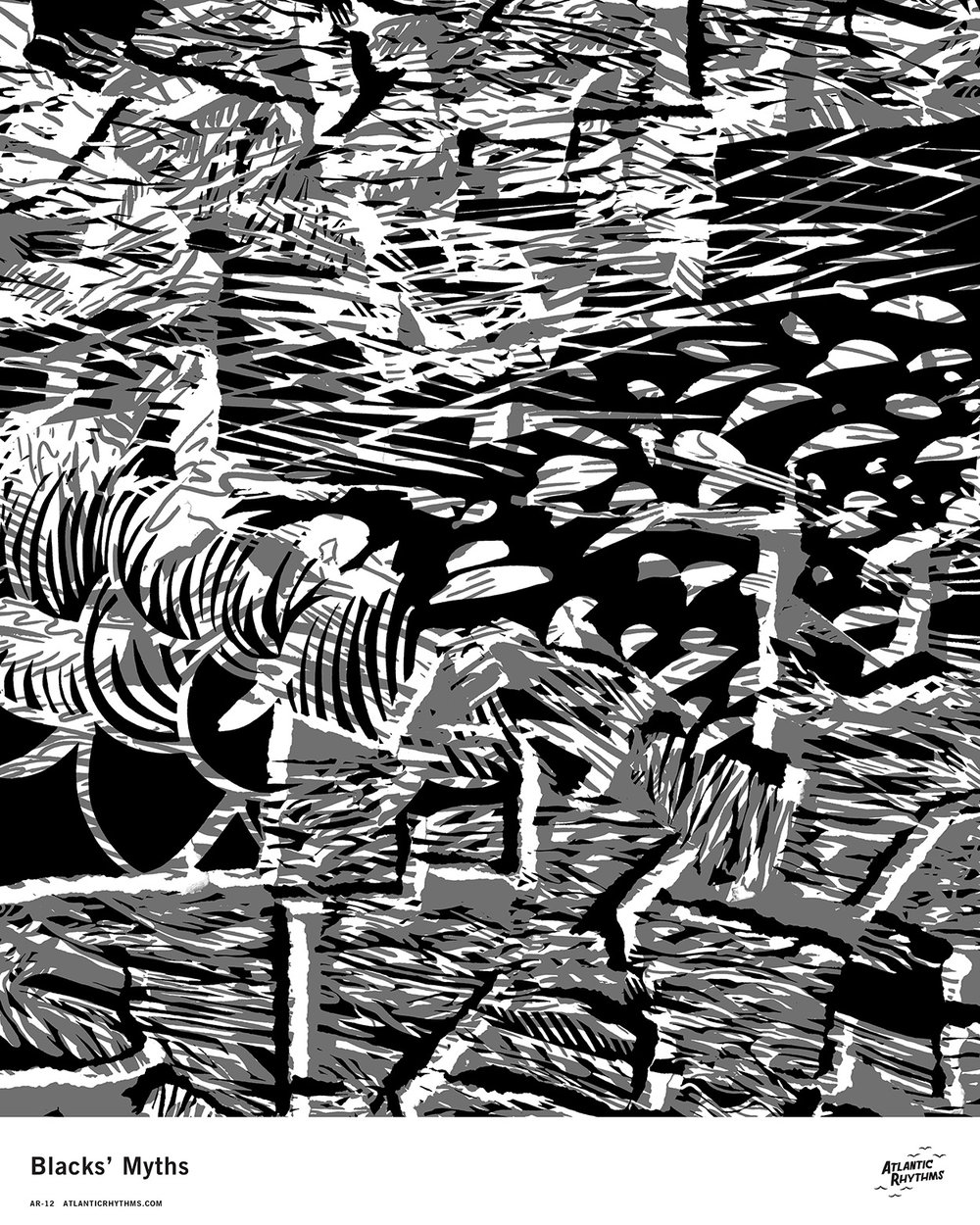 My grandfather’s name was Mason E. Guthrie and he was born in a small town called Gastonia, North Carolina, in the 1920s. I don’t know much about his childhood, save for a few family legends and what he told me during an interview I conducted with him when I was in middle school. He and my grandmother, Mary, chose Baltimore when it was time for them to vacate the South and start a family together. As a 38-year-old man now, I often wonder about the difficult decisions that my grandfather had to make in those early years of his life; the years between his childhood and his first son being born.

For reasons unknown to me, “Country Ghetto” reminds me of an imagined picture of my grandfather looking up at the stars in his backyard in Gastonia. It is a backyard I’ve visited a few times in my life and wish I could see it again. “Country Ghetto” is the introduction on the 2018 self-titled LP by duo Blacks’ Myths. I’d heard about these cats for a while and am just getting around to experiencing their shit . . . a trip worth taking. It might be because they hail from Washington, D.C. (near my native Baltimore) that there is a familiarity in their sound. The presence of African drone and polyrhythm dominate this release and that shit makes me feel at home.

Comprised of the amazingly named drummer Warren G. “Trae” Crudup III and one of the hardest working bassists in Fro-business Luke Stewart (both are members of the great James Brandon Lewis Trio), Blacks’ Myths paint pitch-black-perfect images of the space-time continuum (anyone who disagrees with me can DM me set up a time and date to fistfight about it). “Upper South” and “Lower South” speak to me of my family’s (and so many others) migration from the South to the North and give a glimpse into the colors OF the feelings that ran the course of their many veins. Joy, pain, humor, and hope present themselves in various moments during the two compositions run of 20 minutes. Similarly, the album’s centerpiece, aptly entitled “Black Flight” continues the theme. The difference here is subtle, as our heroes take the smallest chunks of emotion and stew on the themes of those for a full 20 minutes. The closer of the LP is “The Spear.” A victorious piece of strength is displayed here. Muscular in tone, it dances around for only a few minutes then abruptly burst into flames. The greatest gifts to this planet have ascended back to the highest source.

Blacks’ Myths has many musical influences, but to be honest I don’t think they are as immediately important as this single document. It is easy for me to connect this record to my memories and thoughts concerning my grandfather, yet it is important for each listener to take their time and find their own connection source. I know that Mason would’ve probably not liked this record, but I wish I had the chance to argue with him about how it spoke to an important aspect of his life.