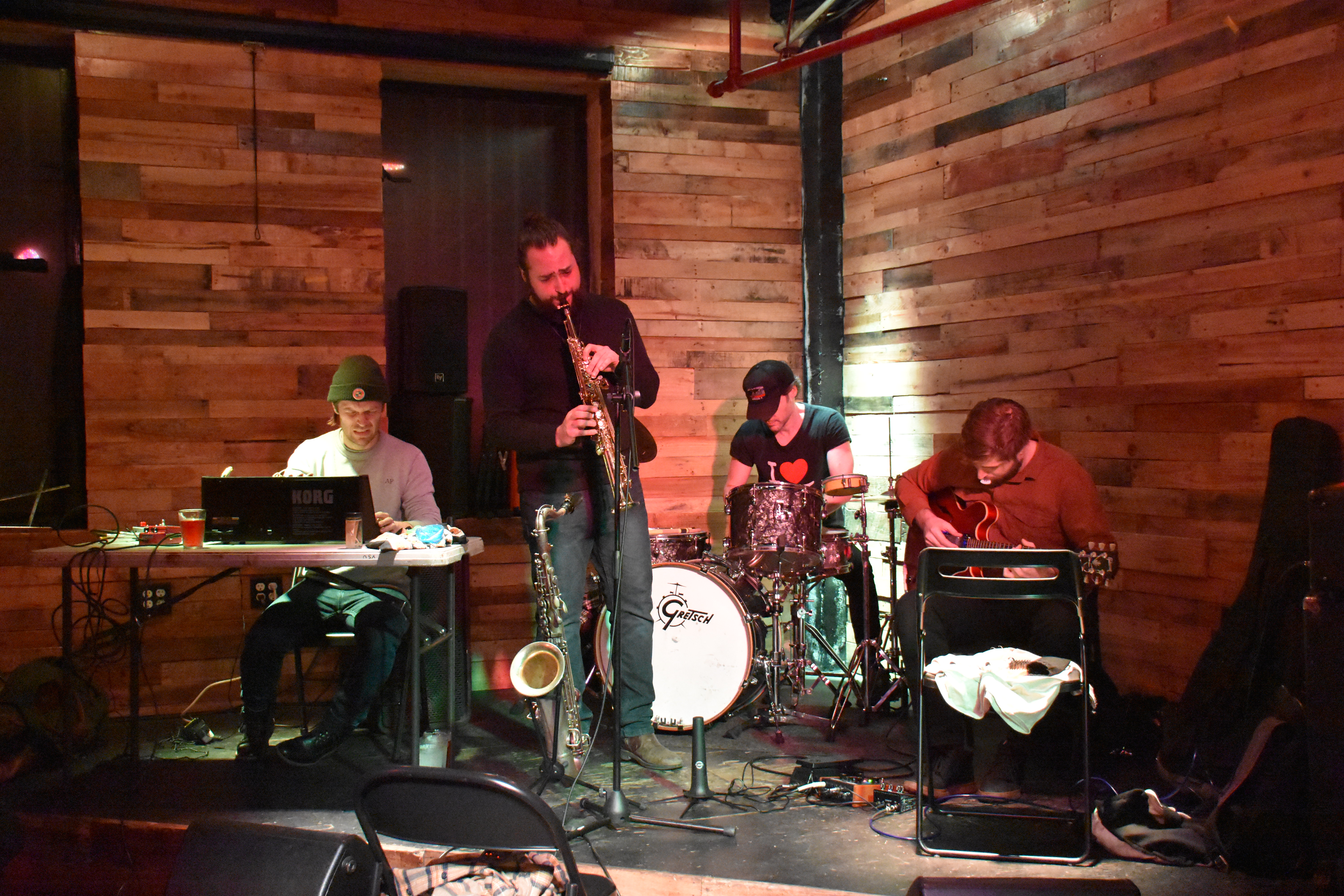 The Variousound Sessions series at Pine Box Rock Shop featured an improvised set by saxophonist Ben Cohen, Korg electronicist Eli Wallace, guitarist Drew Wesely, and drummer Kevin Shea. This ensemble pitted three younger artists who have emerged on the Brooklyn scene over the past few years–Cohen, Wallace, and Wesely–pitted with the veteran Shea who has been a pivotal figure here for nearly twenty years. Cohen and Wallace have collaborated in a number of other groups, including a duo. Shea has played in, led, or co-led a number of experimental bands over the years, including People, Storm & Stress, Talibam!, Haitian Rail, and a host of others.

The set began from a point of dissonance, a kind of abrasive vacuum effect, from which all four players adopted a percussive approach. Wesely used what looked like a whisk to create a maelstrom of beats on his guitar, then furthered his exploration of kitchen implements with a butter knife unleashing a metallic, angular quality. The ensemble quickly reached a kind of electric burn, but cool rather than hot. The feeling of hollowness threaded through the music as it progressed, eventually morphing into what felt like a growl from the vortex of the human soul. Eventually the sound simmered slightly over rumbling drums and guitar shifting to a kind of open sound, while Korg and saxophone created shimmering curtains of sound that bore colors from flecks of silver to blue and violet. The four players let the music hang there as they added angular accents with sharp edges, giving the growing feeling of a swirling mass, like the debris from a tornado sucking in the audience. 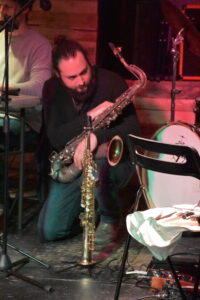 Cohen took a tip from Rahsaan Roland Kirk, playing two saxophones at once, which he employed to add more layers to an already sedimentary group sound. The undertones of the sound built a resonance as it grew with some interesting subtleties in the textures of the music. The relentless spirit allowed only for momentary ebbs, as they collectively searched for new crests. Cohen adopted a refreshing approach as a saxophonist, supporting the others as much as he relied on them, rare for a horn player. The set ended with Shea rolling out a solo which brought it to a definitive conclusion.

Variousound is a series that is run by Emily Pecaro and Michael Raposo featuring “forward-thinking chamber music” that occurs on the first Monday of each month.