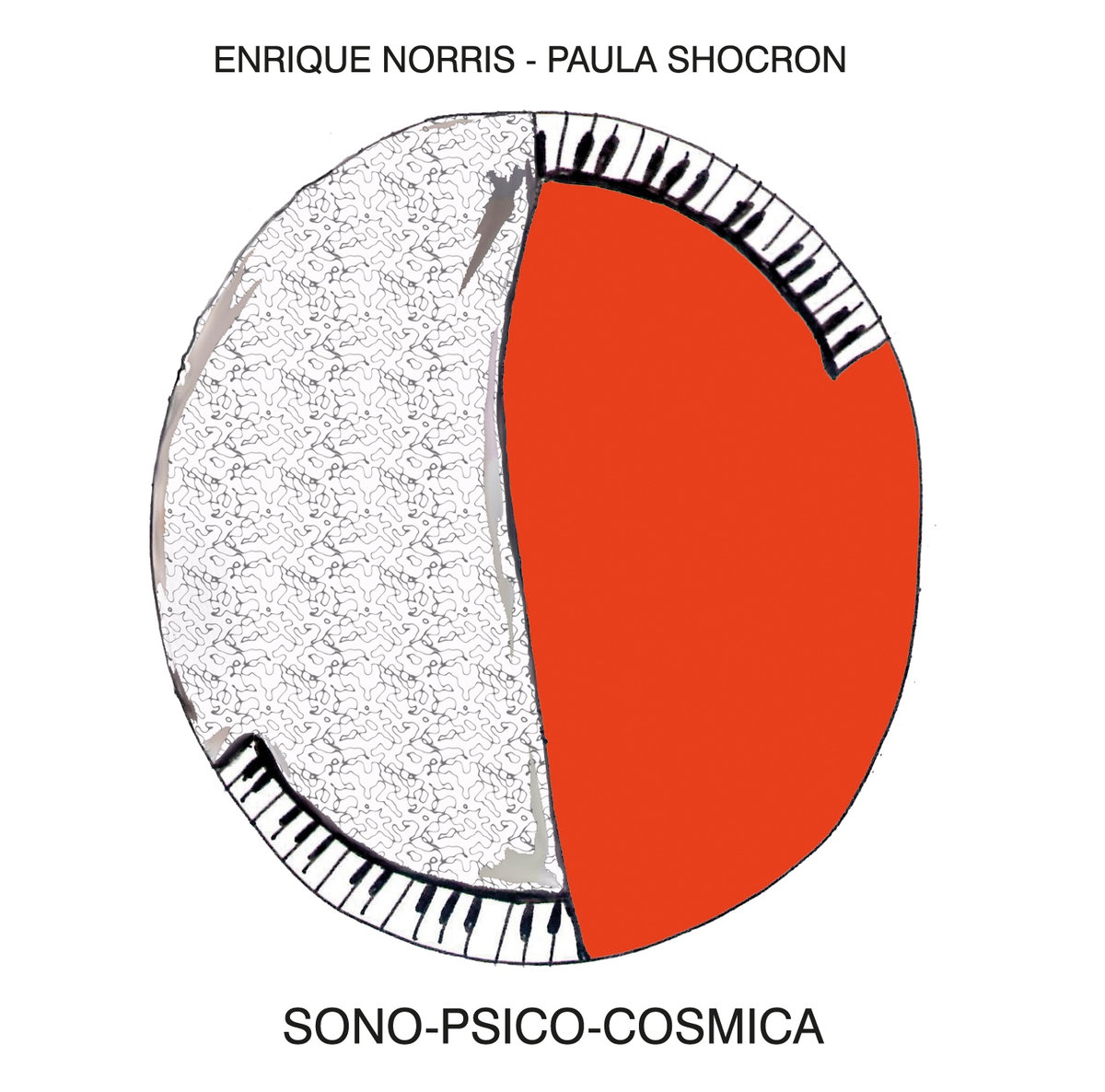 Sono-Psico Cosmica, released last year, is a project by artists, Enrique Norris and Paula Shocron. The album is a live a recording of a performance in Buenos Aires, Argentina. Its presentation of tracks as well as the two’s collaboration is unique; each song primarily focuses on one instrument (with the exception of “Paisajes-Urbanos” and “La Puerta R”) and allows one sound to become dominant. This showcases both artists’ musical capabilities in a “solo” setting, but still allows for moments of collectivity. I greatly enjoyed this album, mostly for its ability to bring together improvisational, contemporary jazz and classical influences. While the album is free-flowing, there is a notable form the two follow throughout Sono-Psico. Shocron opens most of the tracks, fingers darting across keys, until changing pace to a more “regular” rhythm. The piano often introduces us to Norris’ cornet, which fills the track (specifically, “La Puerta R”) with an incredible warmth; smooth and easy to listen to.

My favorite tracks off this album were the songs which highlighted the cornet. The sounds created here remind me of an older jazz, piano humming softly in the background keeping pace while the trumpet interrupts every few seconds. This is apparent in “La Puerta R.” Both musician’s have a beautiful ability to maintain a precise composure (in the structure of each song) while still producing a kind of “floating” sound (music hanging in the air and sliding unrestricted). I enjoyed “Paisajes-Urbanos” in a similar way, though this track seems more focused on both the cornet and piano as opposed to accentuating the horn. Here, neither artist leads and Norris and Shocron feed off of each other’s energy. This gives the track, as well as the album as a whole, a great liveliness.

I was also interested in the production of this album, as the recording captured a fresh vibrancy unique to live performances. The set took place at a gallery in Buenos Aires, Usina Del Arte. Listening to Sono-Psico Cosmica, I envisioned myself at a small cafe in South America, sweet, hot air filled with the swaying sounds of keys and the coming and going of the cornet breaking through.