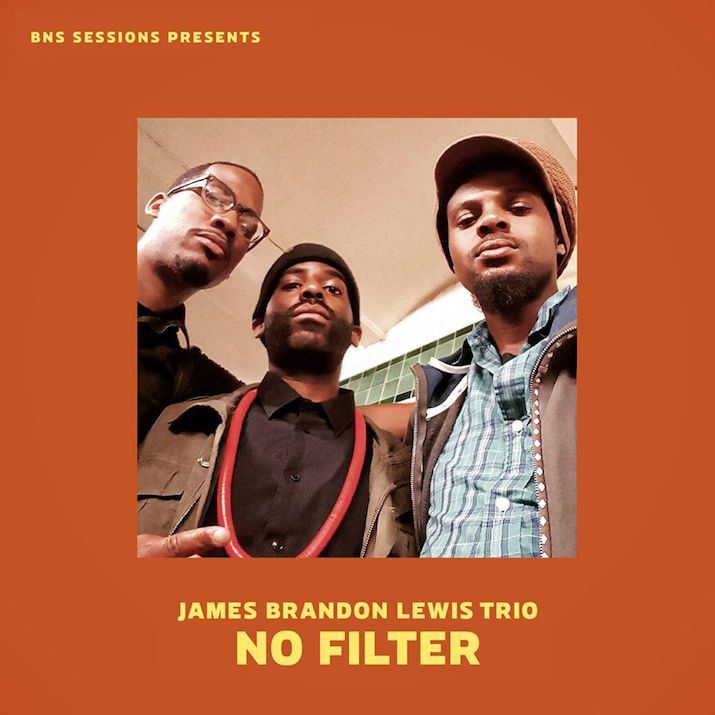 Opening with the furiously rollicking “Say What”, No Filter starts off with a bang. Anchored around Lewis’ soaring sax motif, and Crudup and Stewart’s muscular rhythms, “Say What” has a feel not unlike the kind of ecstatic Funk-Rock grooves pioneered by 80s and 90s Black rockers like Fishbone and 24-7 Spyz. Keeping the energy high and the intensity fierce, the title track “No Filter” rushes in, brandishing a similar tonal character to “Say What” but it subverts the established rhythmic foundation to the point of highly detailed abstraction. Lewis blows freely, fearlessly cutting through the noise around him like a mad clarion call. The rest of the band does more than merely “keep up”. “Ya’ll Slept” is based on a rugged, delicately strung together halftime groove and opening into some expansive electric guitar and tenor sax counterpoint work. Lewis makes a serious nod to Hip Hop, by including a rap from P.SO The Earth Tone King “Don’t fear the past, I’m seeing my face in mirrored glass. I’m trying so hard not to wear the mask. Had to hold back one tear in fact, for years I traveled to here and back.” After returning to a few moments of intense Pharoah Sanders-esque blowing, the band settles into a relaxed, subtle take on the main theme, the tune’s extended coda gently drifting itself out into oblivion.

With its jagged, clip-clopping rhythm, “Raise Up Off Me” highlights the band’s
versatility and compositional prowess. No less than 30 seconds in, Lewis launches into the memorable sax riff from Gary Bartz’s classic 1975 Jazz-Funk ballad “Gentle Smiles”. Famously sampled in A Tribe Called Quest’s ubiquitous track “Butter” one can’t help but wonder if Lewis’ playing of this riff is a reference to the original tune, the Rap song that sampled it or both at the same time. It is this kind of multi-layered sonic re-contextualization that Hip Hop and sample culture has made second nature for so many young musicians. “Zen” is one of the stronger pieces found here. At times the tune is equal parts, dreamy and melodic, technical and abstract, “Zen” showcases the band’s ability to wed catchy Jazz motifs and Hip Hop sensibilities with ease and a rebellious character. Midway through, the tune marches away from its sweetly, melodious intro and dives headlong into Stewart’s aggressive, free Bass playing before jumping back into its sweet, streetwise main theme. The project concludes with the delightfully soft and tender ballad “Bittersweet”. Lewis once again proves that when he is not wailing on some of the trio’s louder,
more aggressive tunes, he can also be a master at crafting mood by coaxing  timeless melody out of his horn. Coyly scatting along in unison with the sax lines, “Bittersweet” is earnest and nostalgic feeling without dipping into tasteless smooth Jazz territory. This record showcases a band that uses serious chops and boundless energy to bring fresh, contemporary ideas into the tried and true Jazz trio context.