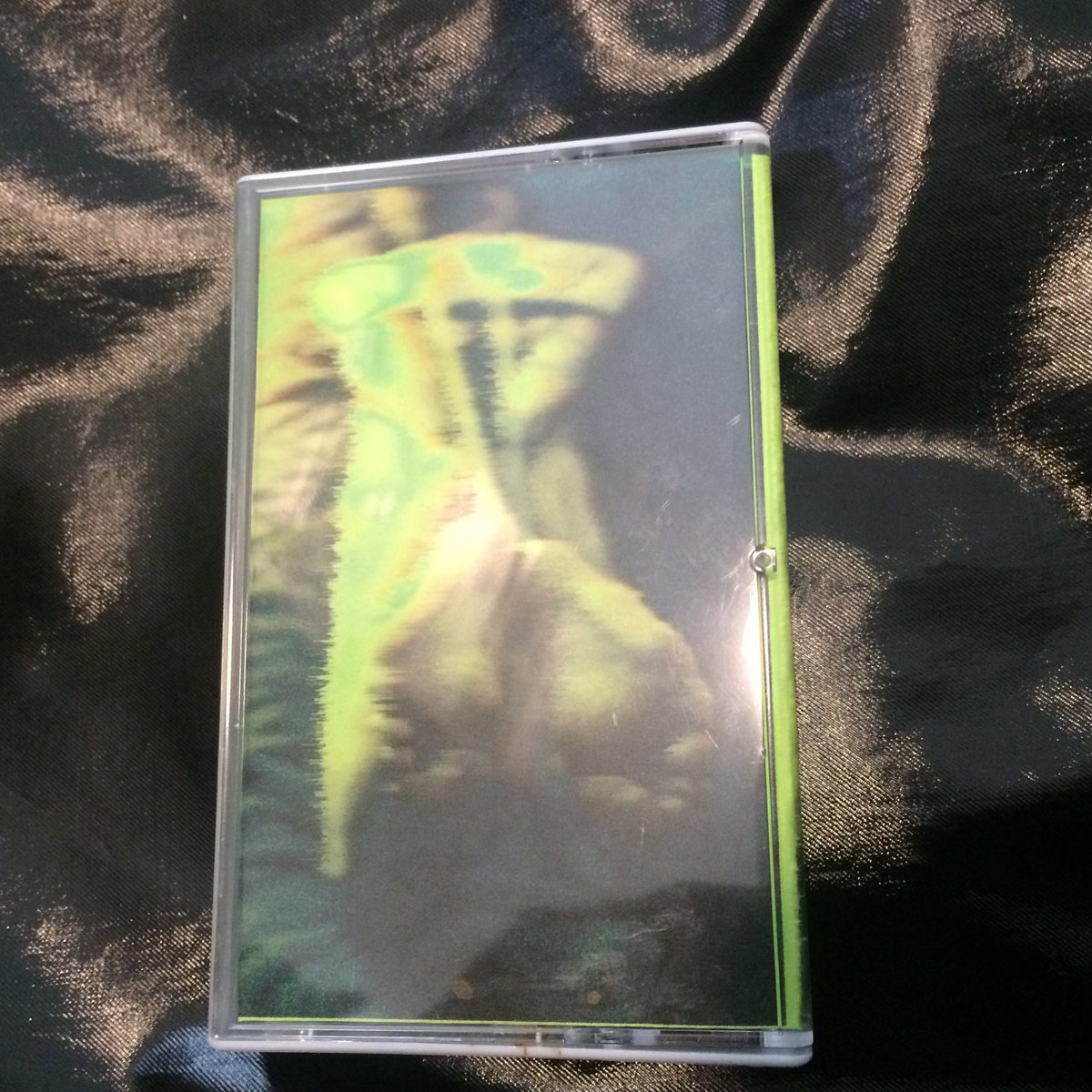 There’s a First Time for Everything

Self-released on Bandcamp and on cassette; recorded live in Philadelphia.

Michael Foster is an emerging musician on the New York music scene. For the past several years, he’s been active working with his group, The Ghost. He also has a duo consisting of himself and cellist, Ms. Leila Bordreuil. I worked with Michael in the short lived band, “See Something, Say Something,” for a year or two. Michael also worked with me in the Marc Edwards-Weasel Walter Group. “The Ghost” is one project Michael is doing with excellent assistance from fellow musicians, bassist Henry Fraser and drummer Connor Baker. This is my first time hearing Connor.

Henry Fraser made it on my list of best live performances for 2016. He has a very engaging, tonal approach to free jazz bass playing. His solo set at the Legion in October was quite moving! His bowing is unorthodox but riveting at the same time. I’m hearing some of that during this live performance done in Philadelphia. Connor is making appropriate sounds on the drums, varying the tones as he strikes his toms. Michael can be heard uttering shouts in between the low bass tonality and the work Connor is doing. There is one basic track for this performance – There’s a First Time for Everything. Track 1 is There’s a First Time for Everything (Side A).

Michael is his own man when he plays the tenor saxophone. He really goes out of his way to make unique exploratory sounds. The active work on bass by Henry has a way of pushing the music forward. It’s being done at the right pace providing a nice backdrop for this trio. The current generation of free jazz drummers, are using a more percussive noise based approach.  When I started out with this music, drummers were playing a variation of the traditional bebop rhythm that’s commonly applied on the ride cymbal. In other words, free drummers tend to play on pulse as opposed to a specific beat or tempo. The next generation of drummers, use various percussion instruments at their leisure, making sounds to help fill the space. I’m also hearing short bursts of rhythms from Connor. He stops for a moment and then, moves on to something else.

This tendency has a huge effect on the band’s momentum and how they navigate their musical environment. This Ghost moves slowly squeezing every ounce of sound from their instruments while Michael blows over the proceedings, varying his dynamics. Here’s a description of Michael Foster from the page of this bandcamp release:

“Michael Foster is a saxophonist and multi-instrumentalist utilizing extensive preparations of his saxophone, augmenting it with amplification, objects, balloons, drum heads, vibrators, tapes, and samples as a method of subverting and queering the instrument’s history and traditional roles.”

The Ghost touches base on high energy free jazz, but only momentarily. They prefer to return to the lower nether regions of the underworld and begin their next round of explorations.  As they begin their ascension, the space here is much more open, allowing Connor to utilize his percussive approach, to fill the open stage. Henry picks up on this and he brings an eerie soundscape into the mix with his playing. Around the thirteen minute mark, the group takes on the quality of a wild animal breathing, attempting to warn others, not to venture too close! Connor’s approach almost hints at Milford Graves. He is very dominant towards the end of the first piece.

Track 2, There’s A First Time For Everything (Side B), continues from where the first track left off. The trio is making their fair share of noise, drones, suggesting alternate realities as they search for the next hook. The dynamics are soft early on with light percussion from Connor. Gradually, his dynamics take center stage with a flurry of percussive attacks. Henry is surprisingly cutting through these sheets of layered sounds. Michael comes forward with his playing making bird-like cries, which whip the band into a  frenzy! Connor continues his percussive rhythms while Michael and Henry are up and running like a train leaving the station. Despite this, Connor isn’t being left behind. He’s right in the thick of things. This brings us near the seven minute mark. The trio is back to their starting point again, searching for the next hook to launch another sonic frontal attack on the audience.

As Connor gets adventurous, I thought this would light a fire under the band, but no, they are still in a silent mode. After the ten minute mark, there are hints of rumbling from Henry, but he tends to let them fade and die out. He is still squeaking and squawking within the context of that scary animal or bird, hidden from view. Henry’s unorthodox bass strums create a surreal mood while Michael unleashes sonic demons trying their best to inflict damage, wherever they can, ending this performance. Michael Foster is one of many musicians on the rise in free jazz and experimental music. Do catch him live and follow his progress as he continues putting out new releases on cassette and bandcamp. You’ll want to get these digital files sooner, rather than later.

Cisco BradleyReview: Michael Foster’s The Ghost – There’s a First Time for Everything01.30.2017