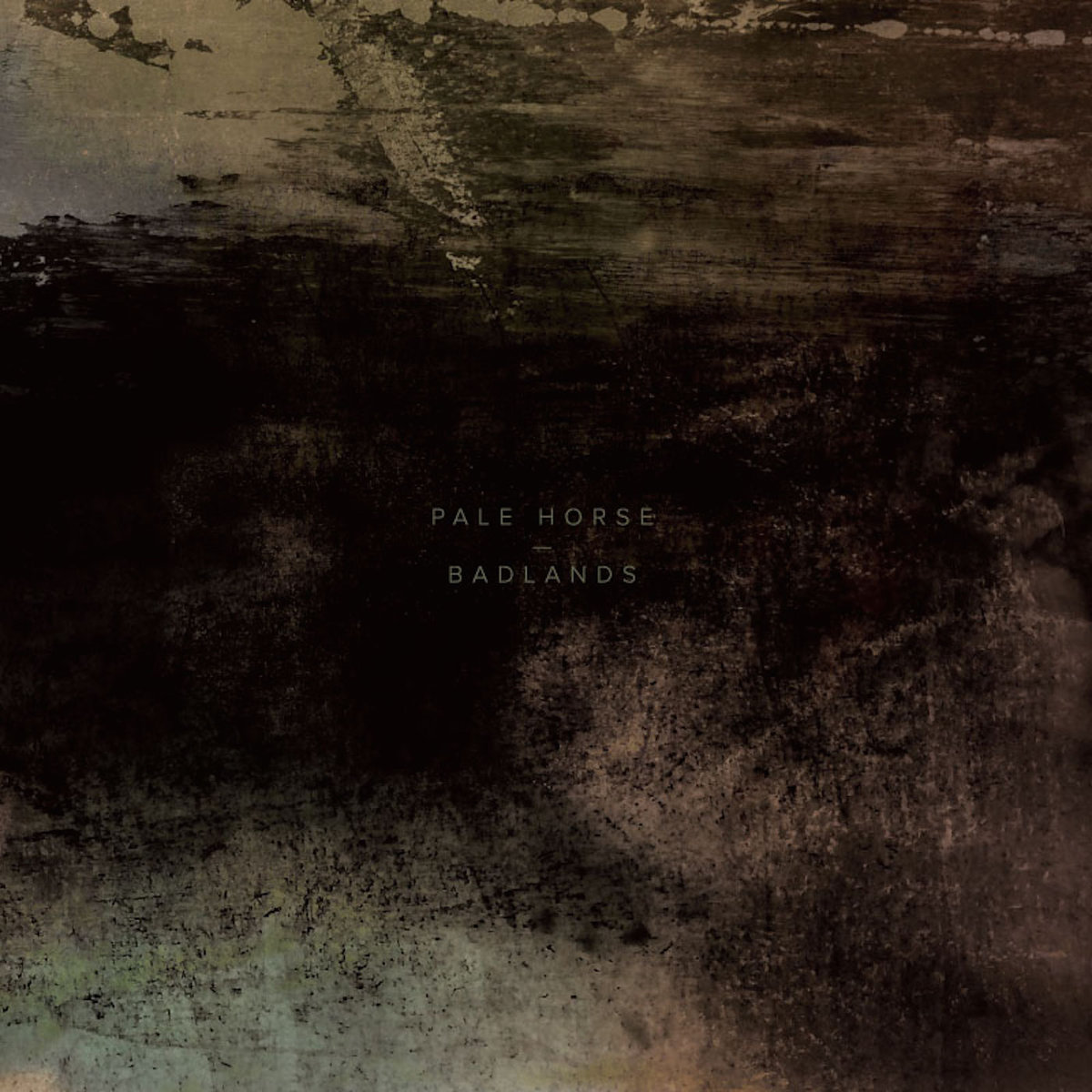 “Badlands is the second full length album by composer Jeremiah Cymerman’s apocalyptic chamber ensemble, Pale Horse. Recorded in February 2015, Badlands, picks up where their self-titled 2014 debut left off, with emphasis on dark ambient soundscapes built by the acoustic trio of clarinet, cello, and drums. Over the course of two long form compositions, the trio move meticulously through a series of barren lands, populated by lone drifters with nothing to lose and howling winds and far away cries. Inspired equally by the work of composer Scelsi & Ligeti, the novels of Cormac McCarthy, the films of Wim Wenders and the hypnotic brutality of Swans, Badlands presents a dark vision of the west, a sound world that is the perfect accompaniment to hopeless nights and anxiety dreams.” — liner notes

Badlands consists of two separate tracks: “Hitchhiker” and “Drifter” I had the opportunity to see Jeremiah Cymerman perform at Downtown Music Gallery earlier this year. He was on the same billing as David Peck’s Leap of Faith Orchestra. During his solo clarinet set, Jeremiah used a fair amount of elongated sounds with live electronics. This gives his sound lots of ambience and makes me think of New Age music, music from India, Tibet, and other places. The landscapes he creates represents other worlds or other dimensions.

Cymerman is accompanied by Christopher Hoffman on cello and Brain Chase on drums. Chase is one of the best drummers at playing in this particular space. Hoffman’s cello playing adds more muscle to the music. His particular distribution of polyphonics offers additional layers to the sonic template, already in the mix. Cymerman often uses circular breathing to achieve this effect. Chase’s floor tom rolls greatly adds to the eeriness of “Hitchhiker.” I can’t say enough about Hoffman’s cello playing. The use of the bow really brings out additional ambient sonics that tend to stretch to infinity. It’s an endless sound, similar to the Hindu concept of Om. Meditators, sometimes, experience hearing this cosmic Om when their meditations transcend all known boundaries. The interplay between Hoffman and Cymerman is the glue while Chase provides seamless support.

“Drifter” continues in a similar vein as the first piece, opening with that eerie soundscape with Cymerman’s use of exotic scales.  The musicians feel this music relates to death. I’m not getting that impression. My take is that this is just ambient music with a jagged edge, contrary to the new age version of drone ambience. Hoffman makes the case as soon as he begins playing on this track. The squeaking and rough bowing, brings out the edginess of this song.

The ambience becomes much more pronounced after the six-minute mark. Hoffman does a nice job bringing a sense of urgency to the table with his steady chords on the cello. He is weaving a template for Cymerman to follow and the latter does so with gusto. Chase joins with soft cymbal rolls that create sonic waves. This track gets more lively as the musicians approach the nine-minute mark. There is a gradual crescendo happening that slowly continues to build plateau after plateau. All three musicians are working together to push the music in an upward direction.  Nearing the eleven minute mark, the ascension is done and it appears that the band is starting to wind down toward the home stretch. Chase stays in the loop via light percussive beats. This in turn has the effect of making Hoffman and Cymerman change what they are playing. The template becomes much more active and percussive, thus breaking up the drone. It is now nearly ambient, a hybrid of the two sounds.

Badlands is available via Soundcloud. Fans of creative and experimental music will want to listen to this album.