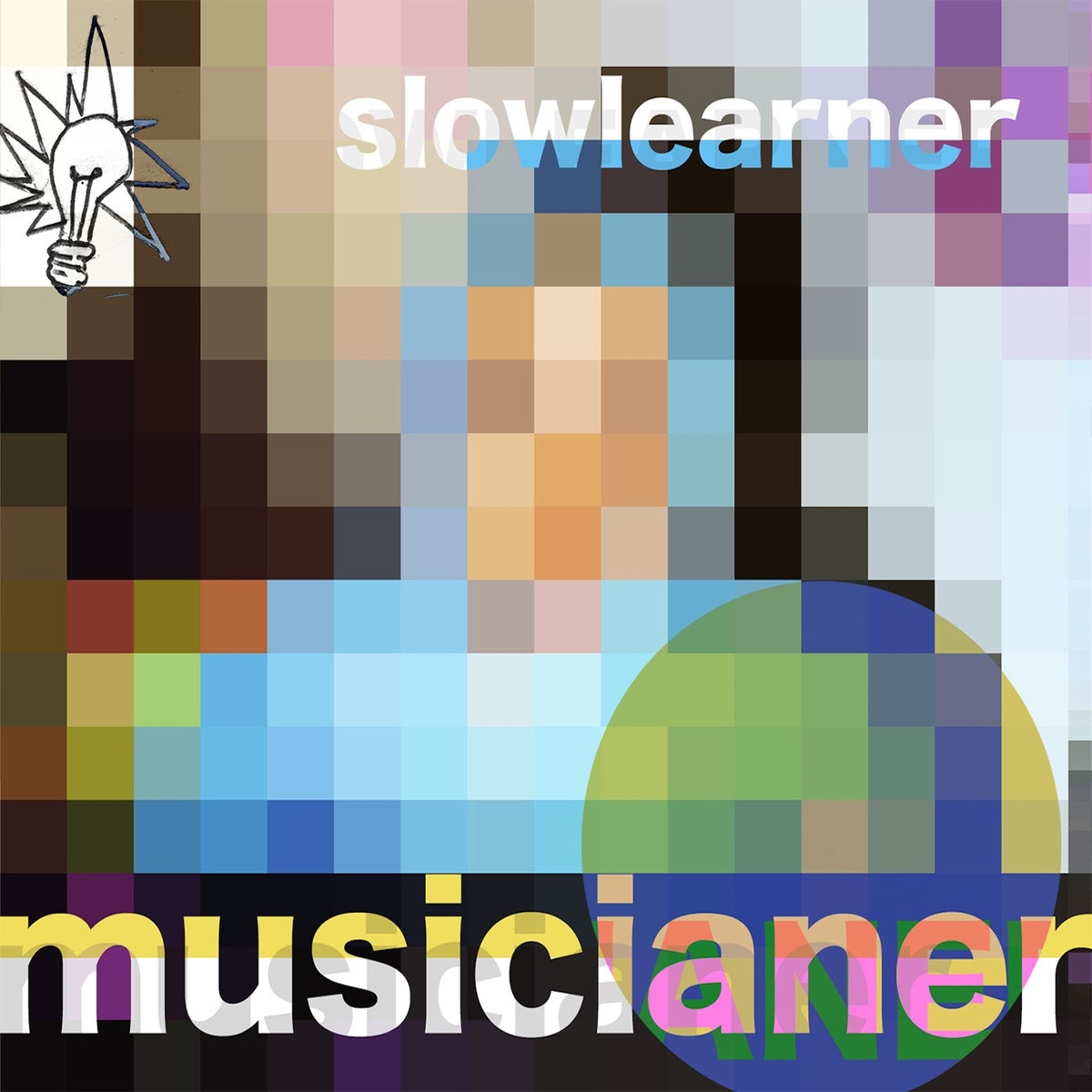 Musicianer’s Slowlearner features Josh Sinton on baritone saxophone and compositions, Jason Ajemian on contrabass, and Chad Taylor on drums. Slowlearner sounds like an agitated mind, racing and breaking irregularly. Despite this erratic pace, the saxophone, consistently deep and powerful, is drawn out over long breaths. This develops, at times, into an explosion, as we hear Sinton’s saxophone turn manic. Though the album only uses three instruments on the album, I found myself interested in the range of sound the band is able to create. Each instrument is not limited by a particular style. While the beginning of the album (on tracks 1-3) sounds distorted in the way the saxophone plays and the bass scratches, the end of the album sounds velvety and deliberate in each note. The change of each musician’s pace is something to focus on throughout this album. Each track, an impassioned thought.

The first track, “Outside”, begins running through the first minute. With each sound and the rhythmic motion of the drum, I imagine feet scuffing as they move against a floor; each artist repeating contact with their instrument, though not in a particular order. This is interrupted by an energetic bursting of the sax, resembling a synthesized abstraction of the saxophone. Sinton reaches a depth I do not often hear, as his low notes move and crawl on the floor beneath us. The instruments play freely, each note loose and following the drumbeat. “Outside” seems an appropriate opening to the album, jolting and intriguing us with its fresh energy.

My favorite tracks on Slowlearner are slower in pace, creating a hazy ease I want to retreat in. “Can’t Really Say”, “Sunday’s Rehearsal”, “Left Side Paralysis”, and “Fail Beautiful” stayed playing through my speaker after listening to the whole of the album. “Sunday’s Rehearsal” is alive, bursting with the prospect of a day off. The track title is fitting, as the band sounds like they are unhurriedly making beautiful noise on a weekend morning, no obligations or places to be. The music floats and dances unrestricted. I found the album’s variation of tone to be its strongest quality. Its ability to disrupt and then embrace struck me as a sign of good musical curation; each sound balanced out by its opposite. Slowlearner comes out in late September.