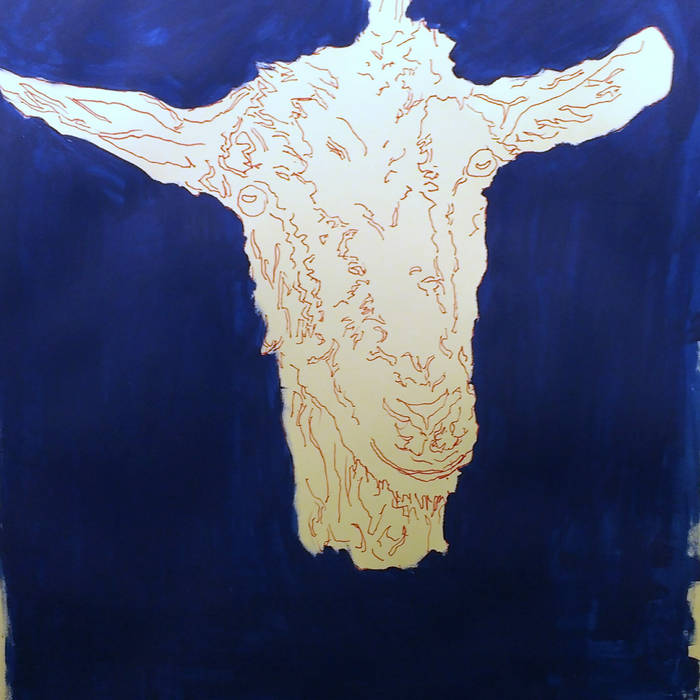 When I toured with Cellular Chaos, I met a number of musicians, artists, along with other interesting individuals during those road trips. One such young man is, Brian David Downs. He came to our show when the band played at the Hexagon Bar, in Minneapolis, Minnesota. He was one of our most enthusiastic fans. During a recent conversation, he mentioned his Bandcamp release. I was impressed with the playing, the concept and how he created such a web of multi-layered density within each of the three pieces on this album. From the opening sequence, listeners are assaulted with a barrage of electrifying dissonance guitar reverbs and vocals covered by layers of electronic distortions, attacking the senses. During the almost nine-minute first piece, “Slow Grind,” there are electrified sonic screams, and fifties-styled electric guitar playing similar to the music of the Ventures and other groups during that past era. His playing also touches on some of  the sounds Neil Young employed when he did the soundtrack for the Johnny Depp movie, Dead Man.

“Slow Burn” continues the maze of sonic mayhem that began in track one. This time, a chorus of vocals sounding like a choir can be heard accompanying this sheer madness, a nightmarish bad LSD trip! The guitar picking is deliberate, creating Sonic Youth musings that set up, the next series of musical explorations. This appears to be the main theme of this piece. It’s a repeated figure that’s not meant to be particularly melodic, nor pleasing to the ear. Is it a noise-based melodic figure being played for a very specific audience? The enchanting choir continues adding more layers to the poly-phonics of the electric guitarist at work. They’re singing in the lower register which becomes a single voice at the 6:37 mark. Unintelligible spoken words enter the fray with glee. The electronic modulation makes them sounds less human and more demonic. Metal heads will love this track, as this music is in death metal territory. The last minute of this song, evokes memories of the movie, The Gate. When the gate was opened, it threatened to release demons from their hellish spawning grounds, allowing them to run amuk on the earth.

The third and final piece, “Slow Sight,” opens with more spooky choral vocals merging into a singular voice again.  The electronic modulation continues to mutate the sounds. This entire piece is one modulation pushing the song into microtonal subdivisions. The electric guitar playing does lead, using strong muscular, melodic lines which brings the song more or less, into the light but, make no mistake, darkness prevails. Around the five minute mark, the riff takes on that Sonic Youth quality I’ve heard on some of their songs. Once the riff comes to an end, the vocal choir springs back in action. They have been in and out throughout this entire proceeding. I can almost see the demons leaping with joy at the prospects of doing their master’s bidding. The sonic mayhem continues via solo guitar. The overall low tonality seeks to further express itself.  It continues to do so, like ocean waves.

An arpeggiated figure rises from the bottom and dominates this witch’s brew. This leads to more transformative poly-phonics with a child-like voice supporting this fusion of conflicting ideas. Once the guitar playing fades into nothingness, the electronics and vocals take over. Brian David Downs has done a strong set with this performance. It’s easily a candidate for one of the best recordings for 2017. Speaking as a practicing meditator, this has been a stormy meditation. Do go out and download this album from Bandcamp.