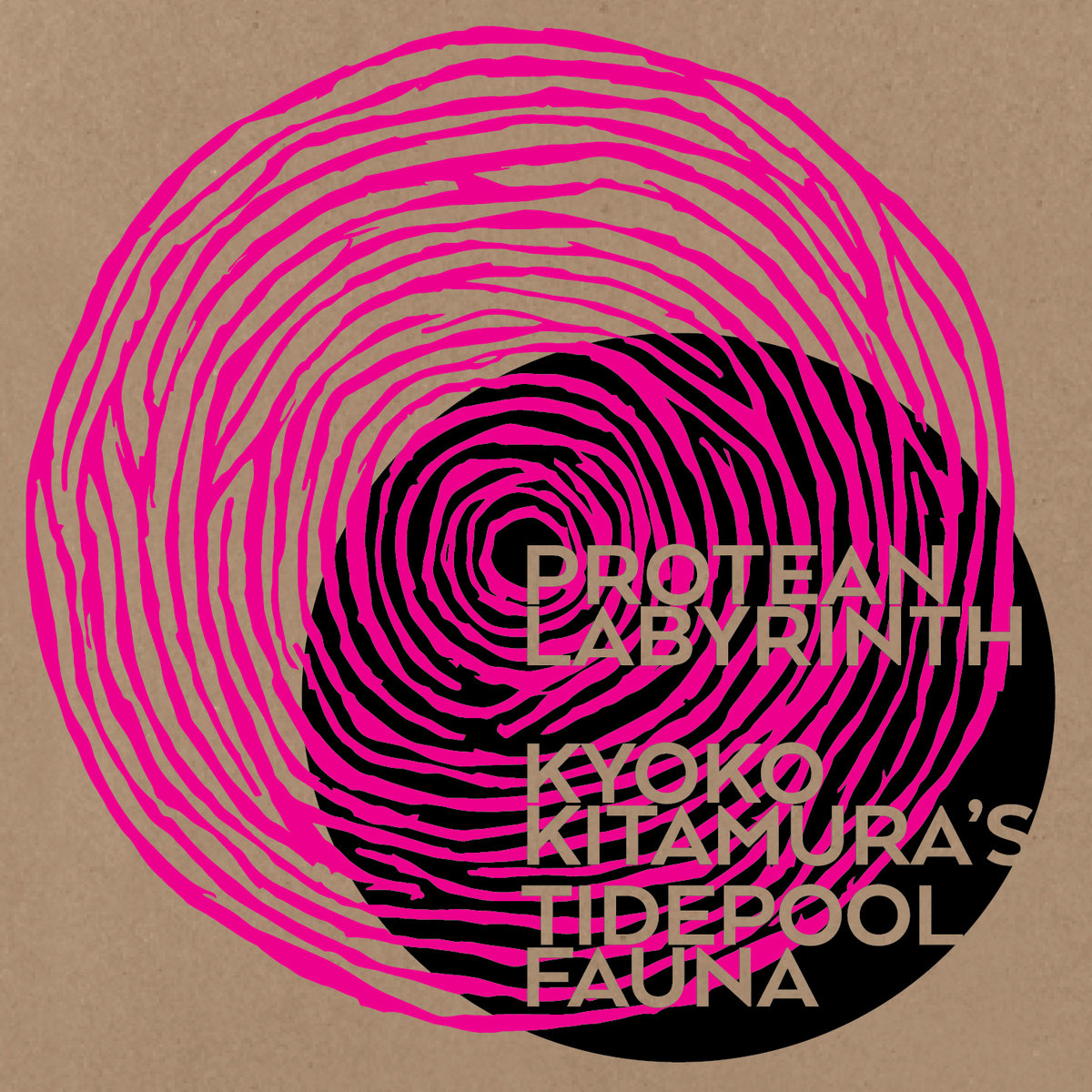 Kyoko Kitamura’s quartet, Tidepool Fauna, just released their debut album “Protean Labyrinth” on August 10. Joined by Ingrid Laubrock on tenor saxophone, Ken Filiano on bass, and Dayeon Seok on drums, Kitamura leads the group through the eight tracks on the record with her brilliant vocalization. While the instrumentation allows for a large and full sound to be produced, the music truly feels alive and breathing through the way each member allows for there to be brief moments of silence. The openings that one member has in their phrase allows for any of the other three to fill with subtle textures or new melodic lines. In this way, the music feels like a method of communicating. Where one pauses, another one begins.

The record opens with a single breath of vocalization from Kitamura signaling the start of the piece, “Lure.” Immediately following, the sax comes in with a melodic line while the background is filled with subtle textures from Seok and Filiano. At just about 30 seconds into the piece, there is a beautiful moment where the tone of the vocalist weaves in and out from being perfectly in tune with the sax and bass. Throughout the entire record there are moments like these – where the music contracts just for a moment to form one singular movement before expanding again into a variety of rhythmic phrases.

The record is very active in the sense that the rhythms and dynamics shift constantly. Kitamura plays with a variation of vocalization techniques from quick scats (like in “Tripwire”) to drawn out rounded notes and from airy mumbles (that can be heard in “No Exit”) to sharp raspy shouts. Meanwhile, Laubrock and Filiano fill the space with their phrases creating more depth in the music and Seok adds wonderful subtleties in texture and rhythmic beats.

“Push Two,” the very last song on the record, changes the entire feel of the piece right in the middle. Having an almost certain melody in the beginning, the piece begins to dissolve. Filiano creating an atmospheric base, along with Kitamura’s extended vocalizations, Seok’s use of the cymbals, and the subtleness of Laubrock’s saxophone produce an almost unresolved ending. However, it does not make it unsatisfying as the final piece, instead it leaves me waiting for another piece to begin.

The record speaks on its own. Kitamura, Laubrock, Filiano, and Seok each have something to say through their playing and open a conversation with one another through every piece. There are moments of melodic echoing from one player to another, where the instruments feel vocal, and where the vocalizations blend in with the tones of the sax and bass. This record exemplifies the ability people have of speaking through their music even without the use of words.